Why China is a Booming Market for App Marketers

China has the largest smartphone market on the planet, with well over 1.2 billion users. Clearly, they have earned their place as one of the most lucrative mobile advertising markets in the industry. These figures, by any measure, are ... 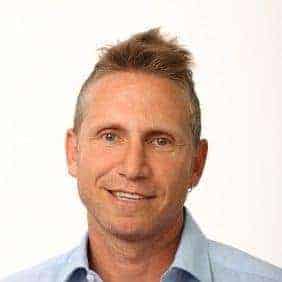 China has the largest smartphone market on the planet, with well over 1.2 billion users. Clearly, they have earned their place as one of the most lucrative mobile advertising markets in the industry.

These figures, by any measure, are a potential goldmine to mobile, software and telecom industries across the board – especially advertising. Aside from sheer mass of population, how did this region become such a booming one for mobile, and what are they doing right that makes for such unique success?

For a while, the Chinese mobile app market was unique in that Western app platforms were banned from entering it. Internationally popular services like Facebook and Twitter have been blocked in mainland China for years now, and only very recently are Google and Apple beginning to trickle into the market. The hulking absence of these major Western services created a distinctive Chinese app environment, where domestic brands such as Baidu, Weibo, and Weixin dominate the market and there are more than 200 separate Android app stores to choose from, as the standard Google Play store is not widely available in China.

According to research by Nielsen, Chinese smartphone owners are more concerned about the selection of apps available than are mobile owners in the rest of the world. The only selection criterion that beat “wide selection of apps” for Chinese users was “good value for money.”  Chinese users certainly have a bigger appetite for apps in general than users in other emerging markets, such as Brazil, Russia, and South Africa. And without serious competition from the international giants to contend with, the Chinese have managed to create a bustling and contained app ecosystem all their own.
Mobile billing overhaul

In 2012, the big Chinese brands that went mobile changed their billing programs. As a result, apps which utilize monetization on the Android platform performed much better. As part of the adjustment, local payment options and overhauled billing options with China’s big operators like China Mobile, China Unicom, and China Telecom centralized and streamlined the ability to charge mobile app users, making it easier for companies to collect and users to pay.
This, of course, meant that local developers began to see their earnings go through the roof. One especially popular game, Fishing Joy, was making well over $6 million per month after the system switch-up.  Such lofty figures only ensure that the app market continues to invest in itself and attract talented developers, expanding in international reach and local market share.

On a cultural level, Chinese mobile users are not generally willing to pay for mobile applications. One study showed that the average person in China only had two paid apps on their smartphone. Chinese people consider the new wave of tech to hit their country as a way to make day-to-day living easier, and as such, find it disingenuous to have to shell out more money for apps. The freemium model (free download, but paid premium or unlock options) is always more attractive to the average mobile user and is certainly a factor in China’s extensive rate of app downloads. Most application revenue is driven by in-app purchases.

In addition to purchases within the app, their business models are based on advertising. Speed boosters and browsers are the sort of apps that users interact with on a daily basis – and these collect valuable data on the apps installed in the user’s phone, the websites visited, and even contact lists. Chinese utility companies rely on this data mining to make their users attractive to advertisers, and it seems to be working.

Your next venture market?

China can be a complicated landscape in terms of app marketing, but nevertheless, there are solid opportunities for foreign developers. The Chinese market features a huge (and growing) number of smartphone users, with a great fondness for downloading apps of all kinds. Any company operating with a freemium or ads-based business model should see a wide open market where the possibility for entrenchment and growth is virtually endless.

But as with any serious attempt to penetrate an altogether foreign market, care must be taken to understand localisation beyond simple translation into local dialect. Important points to note are preferences, tastes, and payment norms of Chinese users, as well as the carrier, channel, and app store culture in different locales and among different users.
Bottom line: it’s essential to understand the differences on the ground when contemplating any foreign tech offering, and China is no exception. The differences are formidable, but so is the opportunity.

Sagi Niri is the COO and CFO at Matomy Media Group. Sagi Niri is responsible for all operational, financial and fiscal management aspects of the Group’s global operations. He joined Matomy in 2008 and provides leadership in the administrative, business planning, accounting and budgeting efforts of Matomy. Sagi was previously the chief controller at McCann Erickson Israel Group, and a manager at Deloitte Israel.