Helen Southgate: Are Publishers Right to ‘Name and Shame’ Their Ad-Blocking Audiences?

I recently attended an Ad Blocking debate at Ad Week Europe. The statement made there by Alexander Hanff, a formidable figure in the campaign for online privacy, very quickly made the headlines.   He was referring to the topical ePrivacy Directive ... 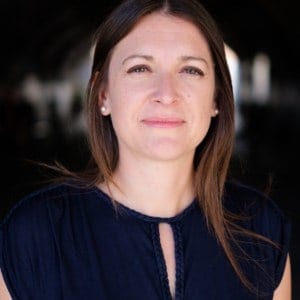 I recently attended an Ad Blocking debate at Ad Week Europe. The statement made there by Alexander Hanff, a formidable figure in the campaign for online privacy, very quickly made the headlines.

He was referring to the topical ePrivacy Directive. In particular article 5.3, which states:

They are essentially implying that by installing Ad Blocking software the user is “robbing” the Guardian of advertising revenue, which supports their ability to provide free content.  The newspaper politely asks the user to either uninstall the ad blocker, allow ads on the site, or become a paying member.

The Telegraph goes a step further and blocks any content to the user if they have an ad blocker installed. The content is only accessible if the user initiates ads to be shown or becomes a paying member.

According to the ePrivacy Directive, identifying ad blocking software to restrict access or target messaging to users is “illegal” without the users’ prior consent.  Whilst in the UK we have been extremely sceptical about this directive, it is here to stay and will be enforced more stringently over the coming years.

So what should publishers be doing? Are they right to identify ad blockers and force users into a choice between free and paid content?

My concern for the affiliate industry is that whilst large publishers, such as The Guardian and The Telegraph, arguably have the power to convince users to support the website -either directly or indirectly – the thousands of other smaller websites, including affiliates, do not.  So where does this leave affiliate websites? Ad blocking is growing at a frightening rate, with the IAB’s most recent research estimating some 22% of all online users have them installed.

Ad blocking came up in a panel I sat on at Affiliate Huddle recently, and I was surprised to see other network heads down-play the concerns over its effect within the affiliate industry.  There is a misconception that this simply affects the display channel; it doesn’t.  It affects affiliate marketing, not just through banner advertising but also native.  Outbrain ads for example (contextual content in native format) are blocked on many publisher sites I have seen by ad blockers.

Another concern I have is that simply identifying users with ad blocking software and trying to convince them to make different choices is not solving the real issue.  The real problem is advertising formats that consumers do not want – they can often be obtrusive, badly targeted and frankly quite annoying.

This is the heart of the problem that the industry needs to solve and I think a number of questions need to be asked:

⦁    How do we better regulate the industry and stop bad practice?
⦁    What are acceptable ad formats, and who should define and regulate that?
⦁    How can we better inform consumers about how their data is used for advertising and convince them it is a good thing?
⦁    Is targeted advertising really what consumers want?

This seems to be in “acceptable ad formats”.  AdBlock Plus, currently the leader in ad blocking software, has its own acceptable ad format, and whilst I think their policy around “payment for whitelisting” sits uncomfortably with most of us, it’s hard to argue with their guidelines for what is deemed an acceptable ad.

But whether they are in a position to lead that, I am not convinced.  The IAB has also launched its LEAN principles – a guide for the industry on best practice ad formats. This seems like a sensible direction but it will be complex along the way.  There are also many more questions being raised about transparency and disclosure of commercial relationships when presenting native and in-text ads, which is most prevalent in the affiliate industry. We need to address this head on as an industry and provide best practice and guidance for all publishers, large and small.

There is a lot to debate and discuss and these conversations will continue over the coming months but they don’t sit alone, as it’s all tied into the on-going discussion regarding the ePrivacy Directive, the EU data protection Regulation (GDPR) and new CMA guidelines.  This is an issue that isn’t simply confined to the UK, it’s European and Global and needs to be understood and managed by the digital industry.

I’ll be leading the debate on ad blocking at PMI Europe in July, and what it means for the future of the affiliate and digital industry across the continent. There’s lots to talk about so I look forward to seeing you there!