How to Stop the App Use Drop Off

A long-lasting relationship between app publishers and mobile users is determined by how much the developer pursues the customers. Owners put their heart and soul into getting their apps ready to download. All this effort takes months and once the ... 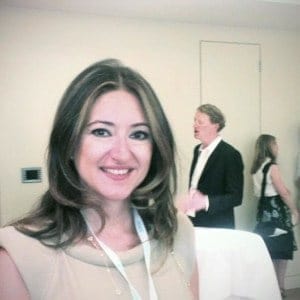 A long-lasting relationship between app publishers and mobile users is determined by how much the developer pursues the customers.

Owners put their heart and soul into getting their apps ready to download. All this effort takes months and once the app has captured user’s attention at the right moment, and with a quick tap a few seconds later, it’s on their screen: the deed is done. Or is it?

Metrics suggest that, sadly, the majority of engagement ends right there: most apps are ignored after 24 hours, with 25% only used once. In fact, a day after installing, an average of only 14% of users stick around, which leaves a huge gap in profitability.

As of 2015, the UK was ranked as the fourth country with the most app downloads in the world, so it’s crucial for developers to understand how to appeal to the users in Britain and beyond. But what can you do about this precipitous app use drop off? It’s best to think of app publishing as an ongoing process which goes way beyond the acquisition threshold.

User acquisition is just the start of the process; that’s when the real work of building a relationship with the user begins. Before we get to some suggestions, let’s look at the problem.

Most analysts show the app drop off rate is pretty high in the first 24 hours. If a new app isn’t used within a week of downloading, 60% of customers will never use it. Ever.

Further research proves that app drop off rate is high in the first 24 hours and retention rates decrease an average of 25% in the first 30 days after the download. The global average for app user retention rate is only 3% after a month, proving a lack of engagement and disappointingly low ROI. You have to act fast as there is a narrow window to make the most of the relationship with the user.

So many apps, so little time

Snapchat, YouTube and Instagram are major global sensations, each with millions of highly engaged users spending a lot of time with the apps, months after download. However, that isn’t the reality for the vast majority of apps out there. Studies show that although users may have dozens of apps installed on their device, they spend the majority of their time with the same five or 10.

A new app is launched every day — competition is fierce with millions of high-quality apps, and very little loyalty required. Downloading is easy and free. Customers feel no obligation to follow through and use what they downloaded, carelessly moving on to the next new thing. That is not a sustainable goal and can be avoided.

Once they’ve signed up, you may have to educate and guide users to help them use your app. With each new download, they will be open to what you have to offer. This is the stage where apps get their first chance to make a positive round of engagement.

Once they’ve downloaded, getting users to register is the first major hurdle. Onboarding screens — also known as walkthroughs — are a casual, easy way to help them get to know your app and demonstrate what it can do. How easy it is to sign up — through Facebook, SMS or email — will impact completion rates. Make registering simple, instant and intuitive. Leverage mobile app analytics to show exactly where users are dropping off as they travel down the app funnel.

Personalising the experience and making it unique will take your engagement to the next level. Analytics can keep track of who users are, as well as the frequency of usage and retention rates. If you know your audience — age, gender and location — you can segment them for better messaging and speak their language.

Users may need further education to reinforce their decision to download, making it key to continue to showcase the usefulness of the app. Through personalised messages and notifications, you can give them gentle pointers about functions they may not have known about.

After your initial user acquisition campaign, the remarketing phase begins. A smart CRM and push messaging strategy are essential. Along with email notifications, in-app messages are another tool for re-engagement. Use messaging requests for feedback and ratings of the app.

In-app messages have shown to drive 3.5% higher user retention, nonetheless, only one third of app marketers are currently using in-app messaging as part of their mobile engagement strategy. The reason behind this might be that many app owners don’t know how to create content that isn’t perceived as spam and doesn’t distract from the user experience. Consider offering exclusive material or promotional discounts through the app. Notifications communicating an update can also be an opportunity for re-engagement. Delivering improved functionality or added features can win users the second time around.

Once you’ve piqued your users to download your app, you need a strategic remarketing campaign, and you need to give it the importance it deserves. User retention well done is an art form and the results are a charm.

If you’d like to hear more from Cristina, check out her session ‘How In-App Advertising Gained its Premium Edge‘ at PMI: Europe in July.

Cristina Constandache is VP of business partnerships, EMEA and Americas at Cheetah Ad Platform where she oversees all global revenue generating activities to help customers maximise performance on their mobile advertising campaigns.