Online lead generation (OLG) is still very much an evolving channel within the digital marketing landscape. It lacks the maturity or understanding enjoyed by affiliates or paid search. As a result, there are certain misconceptions adopted by advertisers, agencies, networks ... 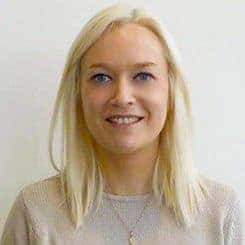 Online lead generation (OLG) is still very much an evolving channel within the digital marketing landscape. It lacks the maturity or understanding enjoyed by affiliates or paid search. As a result, there are certain misconceptions adopted by advertisers, agencies, networks when setting up and running OLG activity.

From experience, the three addressed below are the most regular repeat offenders:

OLG works to identify those with an interest in a product or service.

The decision to run an OLG campaign should be based on a desire to broaden a pool of prospects and reach. Usually, this is a result of having exhausted other CPA acquisition activities. OLG activity takes a step back from the ultimate cost-per-sale model, the compromise is paying less per lead without a guaranteed commitment to buy. Unfortunately, this compromise isn’t always fully understood, resulting in unrealistic expectation on conversion rates and timeframes.

For example, an advertiser driving newsletter sign-ups should appreciate not all records will convert to a sale, and those who do will be the result of a sustained nurturing process from generation of the lead through to sale. Various factors will have an impact on whether (and how quickly) a prospect converts. This differs per campaign, but could include factors such as:

Early performance indicators give us an idea as to whether a prospect is moving in the right direction. The final performance figure should be taken only after a time long enough to allow the prospect to mature and have had exposure to the full advertiser marketing programme.

The success of a campaign is determined by the source

Lead sources are very easy to blame for a lead not converting, and is just one of many factors that can be easily optimised. Elements such as criteria, validation, lead handling (and subsequently stake holder buy-in), lead expectation management and reporting capabilities – as well as how the lead is monetised beyond the primary purpose – all play significant roles too.

If everything else is in place – specifically the reporting – then a below par lead source should be picked up easily and early without its effect on the campaign being too prolific.

Start to finish, how is the lead being on-boarded, managed, monetised and measured? To optimise the programme, treat each part of the process in isolation and use elimination tactics to ensure each are functioning to their optimum levels.

For example, if a lead has come in from an un-incentivised email campaign, the likelihood is that this prospect has opened the e-mail, clicked through on a piece of creative, usually exclusive to an advertiser. That prospect has then gone on to complete a data capture form, and this sequence of positive reactions in itself indicates a definite interest. How successfully that interest is managed and engaged is down to the follow-up process.

Leads are only relevant to one product or service

If you have multiple products or services but are running an OLG campaign for just one of them, that campaign should be treated as an acquisition channel for all you could potentially offer that prospect.

True, the initial interest is being driven by one thing. However, to make the most of your marketing spend, leads could potentially be scored against criteria informing you on their propensity to buy in another area.

For example, if a telecoms advertiser was to run a free SIM card campaign, the prospect should not only be treated as if they will activate the SIM card or not. The lead data should be enhanced (where possible) and assessed to enable it to be scored against whether that person might also have a need for a handset, or whether they might want to upgrade to a contract either now or at a later date. In some cases if they might also like to take out a broadband or TV package if the option was presented. Thus making that prospect far more valuable than initially thought, and allowing more potential revenue to be attributed to that first introduction.

Thinking about this ahead of time is key. Tactical questions can be included on the data capture form to better score the lead and different facilitation routes implemented based on the scores.

In summary, online lead generation is a great way to drive new prospect business, a portion of which hopefully go on to be valuable customers for years to come. To provide the best setting for success, early lead nurturing and the processes driving this is key. As is the visibility to see all aspects of the lead journey and the education of the prospect on the entire scope of product offering to engage them beyond the initial call to action.