Getting Personal, From Simple Segmentation to Customer Intent Analysis

What’s the key to marketing success? It’s about reaching the right person and influencing their behaviour with the right message at the right moment in time. It’s also about doing this at scale. That may sound straightforward ... 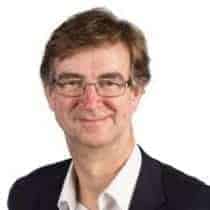 What’s the key to marketing success? It’s about reaching the right person and influencing their behaviour with the right message at the right moment in time. It’s also about doing this at scale.

That may sound straightforward, but much of the technology which can support that execution is only really now coming to fruition. Until recently, a marketer had to make a choice choose between the accuracy but lack of scale associated with direct marketing or the scale without accuracy of mass media marketing.

In days gone past

For so long in media, matching marketers to prospects at scale has been the job of context and of demographics.

A camera maker aiming to reach males aged 24 to 55, believing them to be its typical customer base, would buy inventory in a magazine or TV air-time whose audiences, according to publishers and broadcasters, match these criteria. This is one approximation layered onto another.

In this set-up, to re-interpret media philosopher Marshall McLuhan, the medium is the message – ads are delivered in step with media products themselves. That is why many media houses have come to make content not for audiences but to match marketer goals.

The problem, however, is the message is also defined by the mass age – when audiences were conceived as homogenous groups of people, all watching the same show, or reading the same newspaper. Buying audience demographics in this way may have suited Don Draper. But surveys for readership, viewers and listeners were all the Mad Men of the 1950s had access to.

This kind of contextual buying involves assumptions about who your customers may really be. Can that camera maker’s target audience contain people who already have a camera? Or people who will never buy one? Can it imagine selling its products to a 15-year-old girl, or a 75-year-old woman? There are, doubtless, potential customers in these groups, too – but there has never been an efficient way to go beyond the common denominator. And so the opportunities in the margins are left on the table.

Digital was supposed to change all this. Unlike analogue media, the internet is built around a one-to-one infrastructure, not a one-to-many one. Not only can audiences self-select the kinds of content they enjoy from a vastly more diverse pool, giving advertisers a wider and more granular palette in which to reach consumers; digital breadcrumbs left by online behaviour promise tracking and targeting. This was to be the promised land.

What we got, however, has been underwhelming.

The rise of standard online display ads may have been lauded, but, all too often, they are bought and sold using largely the same principles as print and broadcast ads before them – on the basis of demographic targeting, by humans, using manual processes.

Simply put, identifying in-market audiences – as opposed to the people you think are your audience – is too obtuse.

For instance, mass-mailing car owners when their insurance is coming up for renewal may seem like a good tactic – but it is a diminishing pool, ignoring customers of rivals or new drivers. Assuming all car owners renew insurance on the anniversary of buying their car overlooks many factors, like who the car was bought for and whether an existing policy was moved over.

Being off-target doesn’t just hurt advertisers, it also annoys consumers. No wonder so many users are starting to block ads, when so many ads are so poorly directed.

We need to let go of homogeneity, to do better at identifying what consumers really want, when they want it.

What does the future hold?

At the end of the road to better targeting lies identifying intent. Understanding consumer intent means knowing that not everyone watching an episode of The Gadget Show is in-market for a new printer, that some prospective printer buyers may be watching a soap on the other channel, that someone browsing a car website may not be thinking about buying a printer but may be tomorrow.

All of this begins to solve the famous conundrum – “Half the money I spend on advertising is wasted; the trouble is, I don’t know which half” – because, when you target consumer intent, not consumer demographics, you eliminate wastage almost entirely.

Once a marketer begins to capture consumer intent, they quickly stand a chance of making an impact right at the bottom of the marketing funnel, the point of transaction. Suddenly, prior methods of digital advertising all look like top-of-funnel brand-building in comparison.

I’m not talking about simple retargeting. Serving back ads for products consumers have already been exposed to is not always effective, it doesn’t drive truly incremental sales. Buyers are giving off more intention indicators than crude product searches, if you know where to look.

The new imperative, then, is to identify and capitalise on consumer intent. That means monitoring for behaviours, connections between online activities, referencing against historical buyer patterns and leveraging both first-party and external data in the process – something that requires sophisticated technology.

In some cases, intent is about more than what you can actually see. For instance, we know that, when the sun is shining, people are more likely to search for a holiday. We think that identifying signals in a person’s micro-environment like this, together with dozens of other similar signals can have an enormous effect in reducing cost per acquisition. Further, combine this with identifying different profiles, and the environmental signals specific to that individual, along with a dynamic creative tailored to the opportunity, and you have truly achieved right person, right message, right place.

Your audience is on the move constantly and their behaviours are adapting at a moment’s notice. It’s time to adapt along with them.