As a well-established marketing channel, affiliate marketing has generated huge sums in sales and commission for advertisers and publishers. When it was invented, social media networks and the iPhone, iPad and Android devices didn’t even exist. The channel adapted ... 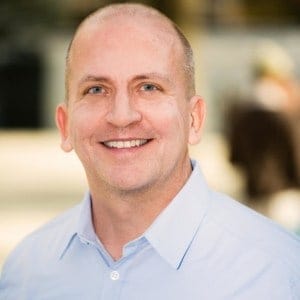 As a well-established marketing channel, affiliate marketing has generated huge sums in sales and commission for advertisers and publishers.

When it was invented, social media networks and the iPhone, iPad and Android devices didn’t even exist. The channel adapted, mobile websites were born and responsive design and dynamic serving are now the norm among advertiser and publisher websites.

In the industry, deep linking typically means linking to a page deep within a website; for instance, a category or product page. In today’s mobile universe, however, it also means the ability to detect and open that same page in a mobile app when coming from another, or from a web browser. By adopting this new definition and this capability, the affiliate space will become the most important channel for driving retail app re-engagement and mobile commerce.

Affiliate marketing networks and publishers, however, need to move quickly to implement this technology or risk billions in commissions from retailers moving towards app-centric strategies.

Desktop e-commerce is slowing. Even comScore seemed to be caught off-guard this past holiday season as the growth significantly “underperformed expectations”. The flip side is that mobile retailing is soaring, so affiliate sales and commissions should rise along with it, right? Not exactly.

RetailMeNot is the most public example of how changing consumer behaviour can wreak havoc on the affiliate channel. The decline of desktop traffic combined with lower conversion rates on mobile websites will challenge the fortunes of many publishers. Known for innovating, RetailMeNot is now making up for the decline in desktop by focusing on other consumer behaviour trends, including the release of their own app for the redemption of in-store coupons via mobile devices.

As publishers retool for the mobile age, retailers are getting serious about investing in mobile apps and the reason why is clear. A study by Forrester Research revealed that consumers spend more than 85% of their smartphone time using their favourite apps, including social networks, even though they will become heavy users of only five or six mobile apps.

Meanwhile, a similar study by Nielsen found that they will use up to 26 or 27 different apps per month. That’s a very low number considering there are over 1.5 million of these for Apple and Google. App fatigue among consumers means that not every retailer needs one and those who do have them will manage a coexistence strategy with their mobile website for the foreseeable future.

Currently, about half of the Internet Retailing 500 has an Android and/or iOS mobile app and these are maturing quickly as retailers strive to get their most loyal customers to become frequent users.

The increased investment is starting to show results. In a study by SimilarWeb, 24 retailers saw a 45% increase in app usage during the 2015 Black Friday shopping season. In addition, retail app innovation is occurring in many of the same areas that affiliates have been known to innovate, including coupons, loyalty, wish lists, product search, and gaming.

For retailers with mobile apps, the question is: ‘What percentage of my target audience or customer base can I convert to become a frequent user?’ The answer to this question will change depending on the retailer, but it’s important because app users may be more inclined to shop more and spend more. As mobile app strategies continue to unfold without the affiliate channel, publishers and networks are at risk of not earning commissions from the most lucrative segment of a retailer’s customer base, which is now frequenting the brand’s app directly.

Can the affiliate networks align themselves with retailers who are moving towards a more app-centric e-commerce model? Can affiliates use their existing website infrastructure to offer a solution for app re-engagement and downloads? The answer is yes and the solution is mobile deep-linking or web-to-app marketing.

The affiliate channel today represents thousands of partnerships between affiliate networks, advertisers and publishers. There are tens of millions of affiliate links out on the internet, driving traffic to retail sites. Updating or replacing existing affiliate links with new ones that can detect and open mobile apps would be burdensome, if not unfeasible. In addition, many publishers work on their sites in their spare time and may not be bothered or have the skills to replace links.

There are different standards and technologies for advertisers to enable e-commerce links for mobile app deep-linking. For example, Universal Links from Apple and App Indexing from Google both enable retailers to index mobile app content to appear in each platform’s search results, and these technologies can also be used to enable links to detect and open an app. Retailers have not, however, rushed to implement these new standards for a variety of reasons related to app readiness.

Instead, most retail apps have now adopted what’s called a URL scheme, or schema, to give them granular control over deep linking by marketing channel and use case.

Using these URL schemes, the affiliate networks are in the best position to ‘light up’ new and existing links with mobile app deep linking capabilities. Affiliate networks already use redirect technology to route consumers to the right e-commerce store along with the unique IDs of the advertiser and publisher. Updating redirect logic with code that can detect and open a mobile app versus mobile website would be the easiest way for a network to control deep linking to mobile apps across hundreds or even thousands of advertiser and publisher relationships.

Networks already create partnerships based on a variety of negotiated business rules that include marketing channel, commission levels, attribution and reporting. Deep linking, or the ability to detect and open a mobile app, would be yet another powerful negotiating tool for networks as they help facilitate partnerships between advertisers and publishers.

The ability to track clicks, actions and transactions is at the heart of affiliate marketing. A network-level mobile redirect strategy for app deep linking would allow any clicks from a desktop computer to remain unchanged as cookies are dropped for tracking. The same goes for mobile devices without the app, in which case the user would be brought to the mobile website or to the app store if the goal of the campaign was to increase downloads.

Upon receiving information from the app, the network would use it in the same way cookie data is used to track user engagement and approve commissions. This new data would appear within the current reporting infrastructure of the affiliate network, allowing the advertiser and publisher to see this new app open and engagement data on their dashboards.

As retail mobile apps continue to mature and advertisers increasingly shift their focus to mobile commerce, re-engagement and downloads, retailers use an omni-channel approach in getting consumers back into their app from every channel, including display, search and email, and affiliate, if possible. A network-level approach to mobile app deep linking presents the affiliate channel with an incredible opportunity to stay top of mind among advertisers as a leading source of revenue and consumer engagement.

As many of today’s biggest retailers move to an app-centric strategy, affiliate networks need to move quickly or be left out of the mobile app revenue opportunity for good.

As chief marketing officer for Pure Oxygen Labs, Scott is responsible for public relations, marketing communications, social marketing and overall marketing strategy. Scott brings over fifteen years of technology marketing experience spanning corporate marketing, public and analyst relations, product marketing, business partner marketing and demand generation. Prior to Pure Oxygen Labs, Scott was the Chief Marketing Officer at AddThis (now part of Oracle). Previously to Addthis, he was the senior vice president of global marketing at Rakuten Marketing where he built the global marketing team from the ground up that helped more than double the number of clients under management. Scott got his start in the technology industry working in corporate and product marketing roles for the enterprise companies EMC and IBM.