Which Data Sets and Sectors are Driving Programmatic Forward?

Programmatic budgets continue their ascendancy and, as predicted, future spend is still grabbing the headlines. If programmatic ad-buying is the engine, audience data is the fuel powering it. Why? Because it empowers brands to engage audiences as human beings. Rather ... 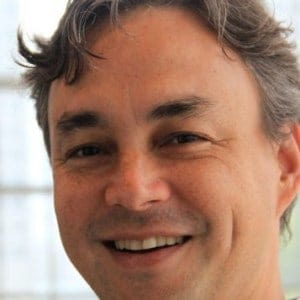 Programmatic budgets continue their ascendancy and, as predicted, future spend is still grabbing the headlines. If programmatic ad-buying is the engine, audience data is the fuel powering it. Why? Because it empowers brands to engage audiences as human beings.

Rather than being a bore at a dinner party, advertisers can liven it up by using audience data to get context and relevancy as the basis for their communications with consumers. In short, programmatic campaigns can only be as good as the data driving them.

So, what data are advertisers purchasing? What audiences are they looking to target? And which are the biggest growth verticals for audience data? These questions – and more – were answered in our first year-on-year index tracking audience data.

The headline statistic coming out of it was undoubtedly that the European data market almost tripled in value between Q4 – Q4 2015, witnessing 154% growth.

Over half (63%) of all data consumed in the UK throughout 2015 was sociodemographic. It consistently outperformed other data sets such as purchase intent, interest, seasonal and B2B.

What is clear is that sociodemographic is the most trusted form of data for advertisers, not just in the UK but also globally, where it accounted for half of all data purchased. However, throughout the year, we did see advertisers start to experiment with different data sets. Travel and leisure as well as FMCG brands combined sociodemographic with seasonal data around peak times of the year such as Q1 when people are researching holidays and Q3 as part of the back to school rush.

However, the data set ‘to watch’ is B2B thanks to the electronics and computers vertical. This space, in line with global trends, virtually tripled its spend from Q4 2014 to Q4 2015. Significant branding pushed throughout the year aimed at B2B decision-makers within enterprises prompted advertisers to invest primarily in B2B data. I do not see advertisers cutting their ties with sociodemographic data anytime soon, but I do think that as we head further into 2016 brands will be open to more experimenting – so long as they can clearly understand the ROI that different data sets bring to their campaigns.

Throughout the year, finance was consistently one of the largest buyers of audience data, with advertisers specialising in personal banking, insurance, loans, savings, and investments looking to target niche sociodemographic profiles that included people interested in real estate, investments, and financial services of mortgages.

On average, the automotive sector was prepared to pay 1.4 times more for data than others. Automotive advertisers prized audience data that would empower them to target consumers based on the brand of car they owned and/or the age of their existing car.

Whilst the three big spenders dominated the index throughout the year, there are a number of sectors to watch in 2016. FMCG advertisers steadily increased their investment in audience data throughout the year, spurred on by niche brands of global giants as well as fast-moving beauty and personal care products new to the data set. The advertisers were primarily interested in sociodemographic, purchase intent and seasonal data sets, with demand for the latter peaking around key events such as Christmas.

The second sector to watch is medical. Highly active in Q2 and Q3 of 2015, companies in this space used purchase intent data to market healthcare travel packages as well as travel pre-preparation such as vaccination brands.

That considered, it is perhaps of little surprise that the biggest mover and shaker of 2015 across Europe was the travel and leisure sector. Audience data is becoming a key cornerstone of how these advertisers engage audiences. Airlines, hotels, attractions, cruises, and travel agents focused their purchasing power to reach consumers with travel intent, lifestyle-based segments for frequent travellers and family holidays, and B2B segments to target business travellers.

As we progress further into 2016 I expect the spend on audience data to continue to rise and advertisers to become more experimental. Early indications are that 2015’s biggest spenders will continue to invest in audience data for their digital advertising campaigns, but towards the end of the year, I would not be surprised if one of the up-and-coming segments mounts a serious challenge to their supremacy.

Based in Singapore and has been working in international ad tech for over 20 years. Formerly SVP International at Adify (Cox Enterprises); VP Advertising Sales and Sponsorships for Viacom/MTV Asia-Pacific; CEO/Founder at iamasia (the leading internet audience measurement company in Asia); and MD at Taylor Nelson Sofres China. He has also worked for AC Nielsen and has consulted for leading international digital marketing, advertising, market research, and audience data companies.