Busting the Jargon Around ‘Viewability’

Viewability – It’s the term that everyone throws about like a score on a school test. What percent are you getting? And do you know how to interpret the figures? Chances are that you have encountered someone who promises ‘100 ... 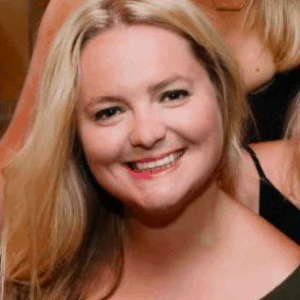 Viewability – It’s the term that everyone throws about like a score on a school test. What percent are you getting? And do you know how to interpret the figures? Chances are that you have encountered someone who promises ‘100% viewability’. Guess what? They are using jargon to confuse you. So let’s jargon bust viewability to find out what it really is and what you absolutely need to know.

It’s important we define what viewability is from the very beginning. It is not just the percentage of the ad that was watched. That’s viewability’s older sibling – the completion rate.  Completion rate was a adequate measurement metric for some time, however your ad could have been playing down the bottom of a page with sound off, with no way to measure if someone actually saw it.

Viewability is defined as the ‘opportunity’ an ad has to be seen by a human. A combination of page location, player size, and what percentage of ad was viewable for the duration of the ad are all factored in to create this measurement. In June 2014, the MRC set a definition for the standard in viewability measurement. For a video ad: at least 50% of the player’s pixels must be in-view for at least two consecutive seconds.

This is the golden goal, right? Well, not necessarily. One of the most common reasons that an ad is not seen, is that the consumer chooses to ignore the ad.

This is the ‘natural rate of viewability’, similar to the concept of the natural rate of unemployment in economics – a recognition that some viewers will always ignore an ad if given the opportunity. Online, this happens by viewers muting ads, or by opening another tab or window or scrolling down to wait them out. Similar to going and making a cup of tea in the kitchen when an ad comes on TV.

In my opinion if you are being promised 100% viewability, you should be asking questions. Who is measuring that 100% viewability? Is it an independent third party? Is it in line with the above-mentioned MRC standard?

It’s very easy to game the system and buy ads on small player sizes, ads that follow you down the page, or ones that auto-play off-screen. You also need to ensure that the entire video buy is brand safe. Unfortunately, it is possible to score very highly on viewability but run across fraudulent traffic.

Don’t use viewability as a metric in isolation – instead use it as a base for programmatic success. Better to focus on engaging the consumers who do view, constantly testing and learning to deliver the right ad on the right platform to the right market.

The price of 1,000 ad impressions. Basically, the goal is to get more for less. But, the general consensus is that the less you pay, the less premium the inventory will be which then opens the campaign up to poor viewability challenges. The old adage: “You get what you pay for” rings true. You can reduce costs by constantly optimising your campaign to ensure spend goes to where it is securing traction. Using a single platform to buy, plan and optimise your campaign in real-time will give you a leg up in regards to cost efficiencies.

A body whose mission is to secure for the industry and related users, audience measurement that is valid, reliable, and effective. If you ever wondered why people say that a viewable impression is is one where 50% of a video player’s pixels are in view in an active browser tab for any two consecutive seconds – it’s because these guys said so. There is discussion over whether new parameters should be set. Watch this space.

Refers to fraud and the deliberate practice of attempting to serve ads that have no potential to be viewed by a human user. The best way to spot NHT is to use an independent, third-party online ad verification company such as Integral Ad Science or WhiteOps. If you are using a platform that does not allow for independent, third-party verification when making your ad buys, then you run the risk of paying for larger levels of NHT. Obviously, paying for bot views isn’t something you should be striving for, so try and demand some sort of site-by-site reporting in real-time in order to plan, buy and optimise effectively (and avoid those nasty bots).

So there you have it – viewability in a few easy terms. Impress your friends and throw out some of the above sayings over a pint. Or, better yet, deliver better ROI by optimising your viewability rate during your next brand campaign.