What Widespread Ad Blocker Adoption Could Do for Mobile Advertising

Mobile companies across Europe are lining up to introduce ad blocking across their networks. Three’s announcement last month will be soon be followed by other big networks - I suspect Deutsche Telekom, which has been considering the move since last ... 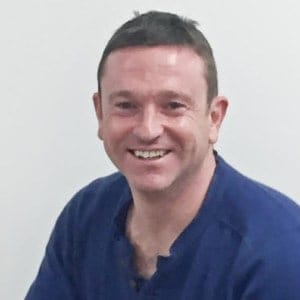 Mobile companies across Europe are lining up to introduce ad blocking across their networks. Three’s announcement last month will be soon be followed by other big networks – I suspect Deutsche Telekom, which has been considering the move since last summer will make a statement soon.

Add to this Apple’s iOS9 technology, which makes it possible to block advertising in the iPhone browser, which in turn blocks attribution, and it becomes wider issue. The networks say it gives customers more control and greater transparency over what they receive. However I think the industry needs to focus less on the volume of people that have ad blockers and turn their attention to the quality and creativity of ads that are being served and how users are targeted.  The key is not to complain about people using or building ad blockers but to understand the basis of the demand for an ad blocker. In other words, understand and focus on the user.

There has been too much emphasis on the tech side of advertising to the point where the creative side has become somewhat diluted. The industry needs to focus on richer and improved formats as well as quality content.  Highly interactive ad formats, enable users to engage with the ad by offering something of value. In this case it transformed Android and iPhone hansdets into smartphones but the point is, as advertisers, we need to focus on ads that are interactive and engaging, or offer the user something in return.

User behaviours are not only changing the way they consume information but also when and where. These behavioural changes have been prominent among mobile users. They are becoming increasingly aware of the effects of apps that carry ad support on their data plan, their battery life and the phone’s processor. If we continue down the intensive ad path it will eventually lead to a complete rejection of such adformats.

Data usage is clearly an issue among users so we’ve made moves to address this problem, without compromising the advertiser. Recently, we’ve seen a significant shift in mobile usage at public Wi-Fi areas. In fact, according to Cisco in their latest report on global mobile traffic, more than half of total mobile data traffic was offloaded onto the fixed network last year through Wi-Fi or mobile base station femtocell. As a result,we’ve moved most of our HTML5 ads to work with Wi-Fi Targeting. That way we can be sure that we reach the right target groups.  As I mentioned, this issue is about understanding and focusing on the user.

Ad blocking is a major headache for publishers. If it hits their revenue figures they will have to start charging for content consumed online and through mobile devices. However, the issue won’t be resolved by circumventing the problem, rather they should be embracing this as a way of standing out.  We are already starting to see this happen, Forbes for example offer an ‘Ad lite’ version for users who disable ad blockers; City A.M. do something very similar for their readers.

Native advertising provides a much more engaging solution, with advertisers interweaving creative with publishers’ content. News editors are also becoming much more commercially aware, with Ad sales teams now working in unison with editorial departments and we are seeing a shift in roles for staff as they move into newly created positions. Ann Shooter, editor of the Daily Mail’s ‘Savvy Shopper’ column, joined the MailOnline  as commercial editor where she oversees native advertising, ensuring that the ads are engaging for their readers. Similarly sports editors secure interviews with major sports stars if their key sponsors are given a mention. It is changes to traditional newspaper methods which will see the industry thrive in the wake of ad blockers.

However,  publications also need to ensure that their content is much more mobile friendly. The existing grid system, with specific ad sites that sit and work with the content, and a barely visible banner and a standard rectangle doesn’t work well on mobile devices and that needs to change.

There will of course be users who install ad blocking software as a matter of course and these people are likely to reject most forms of advertising. It seems that we are moving towards a kind of self-selection process among smartphone users who are resistant to advertising. As a result, advertising will reach those users who are not irritated by advertising and more than likely appreciate it. Ads are then viewed only by those target groups so their budgets will become even be more cost-effective.

Ad blocking is just the next in a series of challenges that have existed in digital advertising. Think back to the opt-in email debate, the faulty IP-targeting issues, the bots – the list goes on and on.  We need to shake the foundations every so often or we stand still and don’t progress. Ad blocking will lead to improved targeting and better, more creative advertising which will in turn help brand advertisers. It is now up to the industry to design mobile advertising in such a way that users don’t even think about installing an ad blocker and instead may even welcome advertising.

Adam Gilsenan is the Chief Media Consultant at YOC, (yoc.com)  the mobile advertising company. Adam is a traditional media specialist with a strong focus on trading. He is the former head of agency sales at The Mail newspapers.