As advertisers continue to grow social media as an outlet for communicating with its customers - reaching new audiences and providing dedicated customer service and support - is it any surprise that we are seeing more affiliates turn to social media as ... 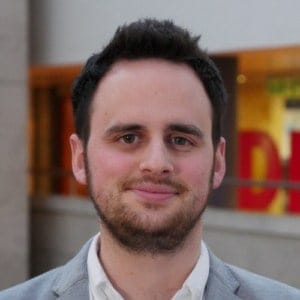 As advertisers continue to grow social media as an outlet for communicating with its customers – reaching new audiences and providing dedicated customer service and support – is it any surprise that we are seeing more affiliates turn to social media as a communication platform?

This article aims to look at social media in more detail and answer the question ‘do affiliates really need it?’, or is their time and resource better invested into other parts of the business. Firstly, let’s look at the social platforms…

However, what’s interesting for affiliate marketers is the reach of messaging apps – Facebook Messenger, Whatsapp, Skype and Snapchat – which attract more users than large networking platforms, such as LinkedIn and Pinterest.

Advertising on social networks is relatively easy: you can set up an advertiser account for most of the discussed platforms and run any combination of paid and organic posts or tweets. It’s a simple avenue affiliates can take to communicate to a wider range of users in a different manner, but advertising on messenger and VOIP platforms is slightly less obvious.

Ahead of its Facebook acquisition, WhatsApp said it would never sell ads. However, since recently dropping their $1 per year fee, it has said that it would allow the service to be used as a ‘communication tool’ between advertisers and their customers.

Whilst steering clear of being a third party ad-serving tool, this is a clear movement from WhatsApp to allow businesses to use it as a marketing platform. It’s certainly a channel that affiliates should keep an eye on for the future. Secondly, let’s look at the commercials around social…

For organic search, content serving is about relevancy i.e. how relevant content is to the keyword which the user is searching for. On the flip side, organic social used to be all about recency i.e. what are the most recent pieces of content which have been submitted since the user last logged on?

However, social engines are currently revamping the way content is delivered, moving towards a fully algorithmic approach, where content is served based on interests – Instragram being the most recent to launch this. So let’s look at the main benefits of each method.

Social vs. other channels

While organic social is fantastically free, it has a major thorn it its side, which is that organic reach is dwindling. According to a study by 1-to-1 media, “the average organic reach for post from Facebook pages in March [2015] was 2.6% of a brand’s audience”. This means that if you had 500,000 followers, only 13,000 of those followers would see your content. Compare this to email with average open rates ranging from 15%-30%, then for a base of 500,000 you’d be looking – at worst – to get 75,000 views on your content.

Based on this simple comparison, it’s clear that there is more value in driving email subscribers over social followers – if your aim is to get more users to view your content.

As mentioned with paid social, reach isn’t an issue – unless you have no budget. But if you’re going to use paid social as a route, let’s benchmark it against its nearest competitor; display. Paid social ads are native ads – they sit within the user’s social feed and are often unnoticeable as a paid ad – bar the “promoted post” tagline.

Display ads, on the other hand, are more intrusive (not all the time, but in a lot of cases), and the growth of banner blindness and ad blockers has allowed users to scroll through their favourite pieces of content, unaffected by ads. In the instance of Facebook, Marketing Land found that targeted news feed ads on desktop have a 8.1x higher CTR, this rising to 9.1x higher CTR on mobile, in comparison to normal web retargeting.

Based on this, if you want your targeted ads to deliver engagement, then paid social wins over paid display.

I’m not trying to say that organic reach is dead and that affiliates shouldn’t invest time into it, far from it. There are a number of affiliates that have successfully built their businesses around social communities, such as ‘Bargain Buys for Busy Mums’, who now have a following just shy of 300,000 users. On top of that, they deliver a vast number of sales for advertisers – so organic reach is still valuable.

But I do think more affiliates should look at utilising paid social as a medium to reach their overarching aims. If an exclusive £200 cashback rate for switching to BT is relevant for a cashback user, then wouldn’t it also be relevant for a broader targeted audience? The social industry is becoming less focused on likes, shares and retweets, and more about reach. With the dwindling reach of organic social, it’s clearer than ever that affiliates will need to adopt a paid approach in order for their voices to be heard in the social world.

Dan is the Head of Affiliates and Co-Creator of MediaCom Sampling at MediaCom, the UK’s largest media agency. Dan has over 7 years of experience in the media industry, with a particular focus on New Marketing Technologies and Performance Centric Strategies.