The Bite-Sized Guide to Improving Your Email CTRs

In 2015, we sent upwards of two billion emails for over 750 brands, loading over 1500 email creatives in the process. All of these messages shared one common goal: to engage new customers and generate incremental revenue.  In this article ... 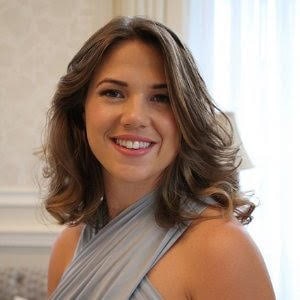 In 2015, we sent upwards of two billion emails for over 750 brands, loading over 1500 email creatives in the process. All of these messages shared one common goal: to engage new customers and generate incremental revenue.

In this article we are going to dissect what makes an email drive clicks with the aim of giving you the pointers you need to improve your own CTRs.

1. The call to action

The call to action is what ensures people click on your creative and go onto your website.

The journey from first opening the email and onto the website should be like skimming a stone across water.  You want them to touch each part of the journey but you want to move them on as quickly as possible to the final destination. When someone views the creative, you want them to be able to gather the main information and click off as quickly as possible.  The information presented must be clear with a standout headline and a clear call to action above the fold (the fold being the first 400 pixels of the creative) and then repeated each time someone scrolls down the email.

The call to action needs to stand out – typically button-like and ideally in a contrasting colour to the rest of the creative. The below managed an average CTR of 10% and 2% respectively.

By having a clear call to action above the fold, the average CTR was five times higher.

Following on from the call to action, the information within the email should be easy to digest and grasp from a quick scan. To achieve this, you need a clear headline above the fold, containing the key selling point. Simply placing an image here, with no headline as to why people should click through will reduce your performance. Here is an example:

The average CTR for retail is 12%, whereas the creative for Ted Baker achieved an 8% CTR.  Although the imagery looks great, this creative has no key message to drive the consumer to the site.

Average CTR for finance is 3%, whereas this creative achieved a 1% CTR.

Coloured text can work but this often can leads to a higher spam score. Remember the key is make it as easy as possible for the reader to digest the points. Confusing layouts and a lot of text will not help the CTR.

As a result of a text-heavy, non-fluid layout, with no call to action above the fold, the CTR on the RCI Bank creative was a third of the average for the vertical.

The age old battle of whether an image creative is better than a text-heavy creative continues to rage on.

The advantage of a text-heavy creative is that many email clients have a default setting of images switched off.  If the creative is text heavy, relevant information will be shown regardless of whether the images are switched on or off.

Secondly, it is argued that a text-heavy creative will deliver better. However, there is little evidence to support this and if you have a properly coded HTML and a plain-text version, your deliverability won’t be hurt.

I would add a caveat to say that when designing emails for the B2B space, a text-heavy creative will tend to outperform a HTML creative because many companies adopt cautious inbox policies with very zealous spam filters.

Well, according to a survey conducted by HubSpot, two thirds of email recipients prefer image-heavy creatives. But does this translate to clicks in real life?

Within the charity vertical, it seems that a text-heavy creative can outperform an image-heavy creative. However, this is only the case when the call to actions are button-like. Text-heavy creatives, using hyperlinks and clickable areas, under-performed against the average CTR for this vertical.

Across the majority of the other verticals, the results did favour on the side of image-heavy creatives, but the results were pretty inconclusive and it was the content and the layout that was of greater importance.

We tend to opt for a balance between the two and good imagery can make all the difference, especially when it comes to the travel vertical. The advised course is to go for a balance but make sure the images stand out.

The biggest impact on CTR is generated when ‘brand clouds’ are used (an image showing well-known brands).  For unknown ‘comparison sites’ this can double CTR. Indeed, campaigns in the life insurance vertical featuring a ‘cloud’ of well-known insurance brands increased the CTR by 2.3x. Here is what we mean:

This was also effective when used by well-known brands in retail which stock products from a number of recognised companies. On a send for ‘Very’, this increased CTR from 7% to 12%.

There are specific layouts that work better on email. However, the layout needs to adapt to mobile because 70% of emails are opened on these devices.

There are four ways you can build an email: normal HTML, responsive design, adaptive design and hybrid design. Hybrid designs are a combination of the first three and ensure your creative is displayed properly on all devices.

As we now understand, where you place the call to action is key to getting people clicking off your email to your website.  If you’re not coding your creative using ‘hybrid’ coding, then placing your call to action on the right-hand side can mean it is lost on mobile.  For example, on Android phones, users will need to side swipe to reveal it.

To avoid this, build in a single-column format with the call to action centred or placed on the left-hand side of the creative to ensure CTR is optimised.

Below, we can see that Marbles has placed its call to action on the right-hand side and used a mobile-optimised design. Its CTR is five times lower than the average for the vertical.

We have focused heavily on design in this article, and it’s all well and good designing a beautiful email. Yet, if it doesn’t get delivered, it will never get clicked on.

Designing an email to ensure inbox delivery is a fluid exercise and requires constant monitoring. What is seen as spam one day may not be the same in the next.

However, there are common issues and things to avoid which have been consistently flagged over the last year:

The advice is simple: make the information in your creative as easy to digest in as little time as possible. Draw up the key selling point above the fold and any supporting information in short paragraphs or bullets points. But above all, remember the aim is to move them onto your website or your call centre, so make the call to action as clear as you can.

Do you have your own tried and tested methods of improving CTRs? Make them known in the box below.