In-App Advertising Will Come of Age in 2016

Remember the Sony CMD Z5? Sony’s first flip phone – for me, this is where it all started and it was damn exciting because, for the first time, I could connect to the internet on my phone. Yes, it was ... 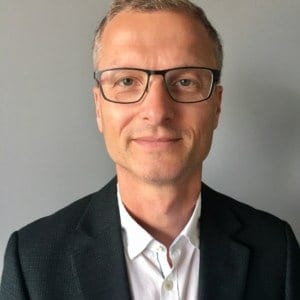 Remember the Sony CMD Z5? Sony’s first flip phone – for me, this is where it all started and it was damn exciting because, for the first time, I could connect to the internet on my phone. Yes, it was slow and there wasn’t much to see but I didn’t need an app – I just went to the site. Simple.

Whilst internet service providers (ISPs) were peddling a more app-like story back then, the first clever but not yet smart mobiles didn’t need them and we broke out of the app-like walled-garden approach of early ISPs.

These days Chrome, IE or Safari are ubiquitous across laptop, tablet and mobile. Ironically the mega-tech and media businesses whose browsers you freely roam the web with want you to log in just like those old CD-roms. It’s their limited answer to in-app advertising measurement.

Why limited? Because it misses a huge chunk of users out – hardly anyone bothers to log into Facebook on their mobile browser, they just use the app. I don’t log into Google on Safari on my iPhone. Log-in really is something of a throwback to the failed walled-garden approach.

It’s now starting to fall into line with the 15 years of development and success in mainstream digital marketing on desktops and laptops – where ad spend can be measured, media buys optimised, and in the best cases someone cares about the creative execution.

Your mobile phone has had a split personality up until now: part walled garden, part open internet.  That‘s the problem marketers have faced when trying to fathom how to measure mobile and generally what to do with their advertising on the small screen that has become the media consumption king.

The two faces of mobile advertising

On the one hand your phone represents the mobile web – a personality of the open internet, free as it rightly became after the early ISPs’ garden walls fell down. You browse between sites doing all the things you need to or just like to do. The ads you see are often the same as desktop, so no additional creative to produce. Ads can be measured through to sale or conversion, the creative build is simple because JavaScript works just fine on a mobile web browser without the app-imposed need for all manner of ‘MRAID compliant this’ or ‘SDK that’. Everyone is happy.

On the other hand your phone represents the curious world of in-app advertising – a singular personality, a bit anti-social even. Each individual app on your phone is like a separate browser, just like one of those ISP walled gardens from back in the day – or equally the logged in environments the mega-tech businesses would have you believe we love so much that we log in everywhere on everything. Apps perform a specific action: you play a game, read news, watch a video – they are singular applications, so to the marketing world you are effectively lots of single people. It’s a nightmare right there in the middle of the one to one marketing dream.

Advertisers don’t want to waste spend delivering mobile ads if they don’t know who I am or whether I bought something, or performed some other valuable action. The creative matters just as much as the laser-like targeting we hear so much about. To make it so advertisers need an ad server that allows a complete history of ad impressions for my mobile, no matter what apps or mobile browsers I use.

What’s great about ad tech is there is always someone beavering away on a solution and for 2016, we’re seeing solutions coming to market and the ability to measure impressions and conversions driven by both in-app and mobile web advertising. These solutions allow us to see beyond the limitations of logged-in walled garden type offerings from the likes of Google and Facebook, who don’t need to care about ad performance outside of their media businesses.

Mobile ad impressions are picking up in line with better reporting; we serve in excess of a billion in-app impressions a month and see average interaction rates of 12% on rich media ads with a 3% tap/click-through rate, falling to around 1% for simple mobile banners with variance by vertical.

So whilst I’ll admit apps on my iPhone 6S beat the open internet experience on my Sony Z5, in-app advertising will come of age in 2016 because finally advertisers and marketeers can treat it as just another part of the internet. And to get the best out of it that means campaigns that have had some care taken over the creative, are intelligently targeted, and robustly measured. Let’s get on with it.

Martin oversees Flashtalking’s UK activities and is passionate about digital technology, creativity and innovation. He has fifteen years of experience in creative media and online technology businesses – following an MA in Propaganda & Persuasion he worked in film production before moving to ad technology start-up Tangozebra in 2001. As Director of Innovation he was responsible for growing the company’s products, creative solutions and agency relationships through to its acquisition by DoubleClick (Google) in 2007. Post DoubleClick he worked with TV distribution firm IMD before joining Flashtalking in 2009.