What Ever Happened to ‘the Future’ of Ad Personalisation?

Last year we celebrated Back to the Future Day - the day Doc Brown and Marty McFly landed in the 'Future'. The Future, as imagined by Spielberg in 1989, was, among other things, a colourful manifestation of personalisation. The reality, however ... 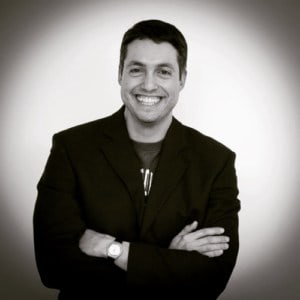 Last year we celebrated Back to the Future Day – the day Doc Brown and Marty McFly landed in the ‘Future’. The Future, as imagined by Spielberg in 1989, was, among other things, a colourful manifestation of personalisation. The reality, however, played out quite differently and the personalised world so vividly portrayed in the movie still looks futuristic and somewhat elusive. While personalisation is all around us, there is one area where the gaps are especially visible – advertising.

As early as 25 years ago, in the early days of the Internet, tech prophets raved about the holy grail of advertising – ads that would be personalised based on the character, interests and needs of each user. The unfortunate reality is that most of the ads that we consume in today’s online environment are not very different than the ads served in the late 1990s. Personalisation is still lackluster and ad blockers are slowly becoming the norm. Why is that so and when should we expect to see ads that would feature the exact products or services that will add value to our lives?

The online medium introduced many improvements over older, more traditional advertising mediums such as magazines, billboards and TV. Other than the obvious advantage of measuring performance, it enabled marketers to show their ads only to users that were highly relevant to them. This is made possible by a process in which data is being collected from explicit sources where the user voluntarily provides information about himself, and implicit sources where information is being deduced based on actions taken by the user in the online environment such as visiting a certain site or adding a certain product to a virtual cart. This information enables publishers, data vendors and many other players to classify users into ‘audience segments’, big virtual boxes that contain similar users. Such boxes vary in their level of granularity. For example, one box can contain users that live in New York while another, more granular box, will include males between the ages of 18 and 34, who live in New York and drive a Lexus. If you are reading this piece online, most chances are that you are being tracked at this very moment by hundreds of entities that are adding you to a certain box (or twenty). This Orwellian process enables marketers to ‘color’ users as having different traits, before they decide if and what ad they should show them.

While marketers want to reach as many people as possible, they also want to make sure that the users they reach are highly relevant to the product or service they offer. Therefore, the holy grail is to create boxes that would be as granular as possible and contain as many users as possible. This desire is shared by marketers, who are willing to pay higher rates for the ability to reach relevant users, and publishers, who are interested in maximising the revenue they generate from their real estate and their audience. The challenge is that there is an inherent tradeoff between granularity and volume. The more granular a given box is, the more challenging it becomes to fill.

Another trend that has been slowing down the use of data for personalisation, at least temporarily, is the shift to mobile. Users are now spending the majority of their time online on mobile devices. This has had a tremendous effect on the online advertising industry, that is always looking for the ideal touch point with a user. Collecting, cataloguing and accurately using data on mobile is relatively limited at this point in time (compared to equivalent data plays on desktop), and ad personalisation that is not based on very basic data points such as device ID and geo is relatively rare to see in the mobile environment (unless you have user login data that helps boost cross-screen personalisation efforts, but I will leave that to another post).

Advancements made in the last few years in data quality, collection and categorisation have led to a slight improvement in the relevance of online ads. But a more significant leap in this space will require not only identifying a relevant user but also telling such user a personalised story. Even if an ad is shown to members of the same box, say men from New York, we would still be far from maximising the potential of personalisation. This is because these men can be quite different in their needs, interests and communication preferences, despite sharing demo and geo characteristics. Even if we were to add a level of granularity to the box, say a common interest, we will still be far from telling an ideal personalised story, one that is truly relevant for that user. For example, I’m sure many of you have seen ads that ‘follow’ you around after you visit a certain site or looking up a certain product. This is called ‘retargeting’ or ‘remarketing’. In most cases, the product that you viewed will appear in many ads, regardless of whether you ended up purchasing it or not, or it will appear so frequently that you will secretly vow to never buy it (or any other product from that company). The technologies that show you complimentary products (in the first case) or automatically cap the number of times an ad is shown based on user behaviour (in the second case) exist but are far from being ideally implemented, especially in the mobile environment.

The day when all ads are personalised to accommodate each user’s exact needs and interests is still a long way ahead. Having said that, a combination of improved technologies and new trends promises to bring this day closer:

Since users spend most of their time on mobile in an app-centric environment, traditional data collection methods such as placing a small piece of code (pixel) on a webpage are more difficult to implement. A new generation of data companies is now racing to combine geo-historical behavioral patterns captured by the mobile device with first-party data from publishers, app-based interests and even offline data matched to online users to create surprisingly granular user profiles.

DCO enables the creation of many permutations of the same ad, which – combined with data on the user – allows to present personalised versions to different users. This is a strong post-targeting complementary play that enables marketers to tell a different, personalised story to each user in a group of an already identified target audience. While this technology is a commodity in the desktop world, it is slowly emerging in mobile and looks especially promising when combined with a mobile in-feed native ad unit.

Direct hyperlinks to specific pieces of content within apps will personalize the user’s post-ad experience. Optimising the marketer’s next touch point with the user will reduce friction and help streamline conversion.

The move to a cross-screen world

Pricing models based on conversion and user acquisition costs are increasing

As the line between brand awareness and performance plays is already blurred, pricing models are based on conversion and user acquisition costs are sharply increasing. Today’s marketers are challenged, perhaps more than ever, to win the attention of sophisticated, ad-immuned users. To cross such high bar, they will have to offer immediate value and the only way this can be done is by being as personal as possible.