Challenges Must Be Faced in Order to Realise Advertising Growth Opportunity 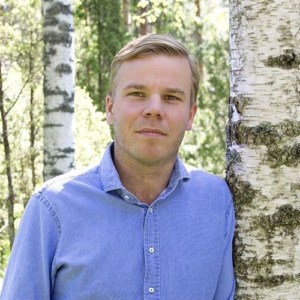 We are on the brink of a digital advertising spend boom. The amount spent on mobile ads is expected to hit an all-time high in 2018 – overtaking the amount spent on traditional desktop advertising. According to ZenithOptimedia, mobile advertising, will account for more than half (50.2%) or $114bn of all internet advertising in three years’ time. With TV and online video accounting for a record 48.9% in 2018.

However, to realise this growth opportunity, many challenges must be faced in the advertising industry. Those challenges come in the form of ad fraud, transparency, relevancy and intrusive ad placements. Not to mention the rise of the debate around ad blocking.

Ad fraud is rampant, video inventory especially has been negatively affected as it takes many forms, including bots, invisible ads, domain spoofing, and cookie stuffing. In fact, more than half (60%) of the internet’s adverts are estimated to have never have been seen by humans – costing the marketing industry about $18.5 billion annually, according to Distil Networks.

Another worry within the digital media industry is ad blocking. More and more people are becoming increasingly frustrated with intrusive and irrelevant ads. How many times have you quickly closed an internet tab because an annoying and irrelevant pop-up video has burst on to your screen, or even more annoyingly when you’re targeted with ads about a product on your mobile device, when you haven’t ever even searched for that item? I’d imagine the answer is countless, this among other reasons has driven the rise in the number of people downloading ad blockers and Apple enabling the technology in its latest edition of its mobile operating system iOS.

Transparency is key to clear the murky ad ecosystem

There’s no doubt that adfraud and intrusive ad placements could hold back the real opportunity for digital advertising growth both for mobile and video advertising. Advertisers are increasingly raising questions about the transparency of decisions and the costs involved across the entire ecosystem. Until now, neither the publisher nor the advertiser has had a complete view of the whole buying and selling process. The sad truth is that for every $1 spent by advertisers, only $0.40 is delivered to publishers; the advertiser also has a poor experience because they are unable to get a clear and accurate view of their return on spend.

We need to change the increasingly complex advertising ecosystem and replace it with a transparent all-in-one platform. The advertising industry needs to look further than the problems of ad fraud or ad blocking and look towards bettering the experience for the publisher and advertiser, by putting in place a transparent solution that gives them the ability to talk together directly through programmatic.

This zero-waste environment will allow agencies and brands to precisely plan and target advertising campaigns and adjust the content to the reader, only firing ads when in-view, meaning the number of views will be ‘actual’ views not of those by bot systems.

With more transparency, advertisers will have better performing ads, which in-turn makes publishers more money. Consumers will also be able to get access to free, high-quality content through paying with their eyes.

The only way for publishers to win back users loyalty and trust is to provide a better, cleaner content-consumption experience. We can quite clearly see from recent predictions that advertising is not going anywhere, despite its problems. The cost of “non-scalable advertising” or not having advertising at all would be huge for consumers – not only would they have to pay for all content they consume, they would be less informed to make purchase decisions. But to realise this potential growth, the advertising industry needs a reality-check. There’s too much fraud and waste going on, and that needs to be fixed. Once this happens it will be a win-win-win for publishers, advertisers and consumers alike.

Antti Pasila is Chief Commercial Officer and Founder of Finland-based Kiosked, heading all global commercial activities, including Kiosked’s recent expansion into North America. He is a serial entrepreneur and a digital marketing executive with a broad and extensive experience in building online businesses. Antti has founded several technology companies, including Claned Group and Ideair Inc. He is also a board member of Kiosked.