Part five of the “Digital Marketing Deep Dive” travels across the globe to Brazil, an emerging market where technology is at a pivotal point. Despite facing a difficult economic period, the country has maintained strong numbers for e-commerce with sales growing 15.3% in 2015 (E-bit). 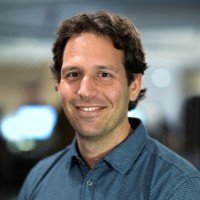 That’s why Sociomantic’s managing director of LATAM, Francisco Morales, will reveal some peculiarities of Brazil’s digital landscape, which acts more like a continent than a lone country.

If we were to describe Brazil in numbers, the figures are always colossal. With more than 200 million inhabitants, Brazilians make up more than one third of Latin America’s population. The country is also the fifth largest in the world in mass, and its digital market relects this.

Brazil is the world’s second largest market in terms of monthly volume of impressions, with more than 198 billion delivered in the first quarter of 2015 (comScore). Internet penetration exceeds 50%, and almost half of Brazil’s online audience already consume digital content through more than one device (eMarketer) – yet as smartphones become even more widely adopted by Brazilians, there’s plenty more room to grow.

So, what makes Brazil a one-of-a-kind in the digital realm?

In spite of, or perhaps as a result of facing an economical crisis, Brazilians are always on the hunt for the best online deals they can get. The fact that the country spends an average of 30.3 hours monthly online – the highest rate worldwide – contributes greatly to the country’s overall digital market (eMarketer).

According to E-bit, holiday sales offer prime opportunity for e-commerce to increase its numbers. For example, Black Friday sales grew 38% in 2015 while Cyber Monday grew 56%, accounting for R$3.02 billion (almost $1.5 billion).
That Brazilians also like to ask for discounts, and respond very well to “2 for the price of 1” promotions, is noteworthy. Online pricing and promotion strategies are always welcomed by consumers, and these represent a window of opportunity for brands to convert first-time buyers.

According to November 2015 research by eMarketer, mobile internet users will amount to  71.5% of all mobile phone users in Brazil, equating to 73 million people. Mobile-only users grew 7% from 2014 to 2015, as desktop users decrease slightly. Nearly 9 million Internet users in Brazil access the Internet exclusively from their tablets and mobile phones.

Furthermore, smartphones are a necessary companion for many television viewers. More than half of TV viewers  were reported as conducting internet searches and using social networks whilst watching television.

As such, more and more brands are turning to mobile devices with the understanding that each and every touch point is a new and important occasion to send the right message to the customer.

Demand for online marketing experts is growing very fast in light of Brazil’s curiosity for new technologies such as programmatic-buying. A large number of large-scale advertisers therefore employ agencies or full-service technology providers to facilitate their online marketing endeavours.

While a lot of e-commerce players are bound by law to work with agencies to buy ad media, more and more small and medium businesses are delving into  online advertising by means of utilising a third party.

Real-time bidding (RTB) is growing fast and agencies as well as advertisers are starting to understand that it’s not only a new and exciting technology, it will soon also define Brazil’s fast-growing digital ad market.

Brazil is the largest market in Latin America and although the economic crisis persists, ad spend numbers confirm the leading position.

In general, Brazil has a very advanced credit card culture. However, Boleto – a payment option unique to Brazil — is a method more commonly used in the country. Boleto enables customers to access a prefilled bank slip, which they can either pay by means of internet banking or by print-out and, at a later stage, pay at banks, drugstores, supermarkets or post offices.

As a result, Brazil’s most advanced advertisers have adjusted their marketing strategy for shoppers who choose Boleto as a payment option. By building a smart CRM logic, they are able to adjust their KPIs for these customers, or link them to a different landing page whilst taking into account the possibility of cancellations caused by Boleto.

Despite the negative scenario and forecast for the country, Brazil can be seen as one of the most promising markets for digital advertising and programmatic-buying. When in crisis, brands need to invest where they can measure their ROI and as we know, the digital world and specifically, programmatic media buying, are just on the right path.

Francisco Morales is the Managing Director from Sociomantic Latin America. He has been with company since 2012 when the Sao Paulo office was launched, managing around 200 clients across the region.