Back to Basics: The Key Pillars of Email Optimisation

With a new year in motion, there are always plenty of people keen to offer their predictions as to what will be ‘in’ and what will be thrown ‘out’ over the next twelve months. David Marcus, vice president of messaging ... 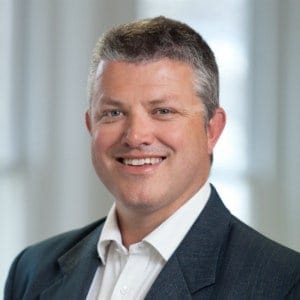 With a new year in motion, there are always plenty of people keen to offer their predictions as to what will be ‘in’ and what will be thrown ‘out’ over the next twelve months.

David Marcus, vice president of messaging products at Facebook, has gone as far as to claim that 2016 will ring in the death of the phone number as messaging services such as his company’s continue to revolutionise the way we communicate with one another. It made a change from the annual – and apparently inaccurate – declarations that “email is dead,” at least.

There’s more than enough evidence to suggest that email’s use as a marketing tool has plenty of life in it yet, not least the fact that 53% of marketers believe that email produces significant or some ROI, versus just 29% who say the same of social media (according to Salesforce’s 2015 State of Marketing Report).

And when you consider the 1.4 billion and 304 million users that Facebook and Twitter count respectively will need an email address to access these networks, the incomparable scale and potential of the email landscape begins to become clear. Email remains the ‘digital glue’ that provides cohesion between all of the other major online marketing channels.

In fact, far from blankly classifying all brand communication as spam consumers are particularly open to receiving marketing communications via email: 58% of respondents in a recent Adobe survey stated email as their preferred way to be contacted by a brand.

But this doesn’t mean that people’s inboxes can be considered an open goal: an average consumer will receive around 500 marketing messages per month but, perhaps understandably, will only open a small fraction of them (fewer than one in 15).

In line with this, Return Path research last year uncovered a 4% drop in email deliverability compared with 2014 rates. Whilst this may simply be a result of improvements being made to the algorithms responsible for grading user email content, it should be noted that the basics of deliverability remain the same: email is an open ecosystem, and there are certain established rules to build on as you continue to develop best practices.

Knowing your sender reputation (regular checks of your Sender Score will help with keeping track of this), continuously assessing your inbox placement with regular deliverability reports, and ensuring that you’re included on certified email service provider whitelists are the basics here.

Once you’ve reached the inbox, you’re competing not just with rival brands but any senders (related or not) whose emails command greater attention. That means anything from daily newsletters, to travel companies selling cheap summer holidays, to e-commerce receipts and pen pals.

It might seem obvious, but this competition for attention is one that’s won by providing the most useful or interesting offering. Personalising messages to their recipients and sending triggered emails are both effective approaches here (the latter particularly so – Epsilon’s Q3 Email Trends & Benchmarks report showed open rates for triggered emails at 77% higher than BAU emails click rates coming in as much as 152% higher). Techniques like this help to generate positive subscriber engagement, which mailbox providers also consider as part of their decision making process for inbox placement and positioning.

And you won’t believe what happens next when you use a clickbait-style subject line – the answer being: not much. They’re frequently among the worst performers, while subject lines offering a benefit to the reader are proven to fare better.

This sense of providing something of value should extend beyond just the subject line, though. The body copy of your email too should capitalise on that precious recipient attention and be optimised for the Action (generally to generate click-throughs) as much as the subject line is optimised for the Open. Campaign success shouldn’t be measured on open rate alone, after all.

Finally: test, test, test. The more you test and analyse your approach, the more valuable data you’ll be gathering and the clearer it’ll be when you come to gauge the relative success of each campaign. Testing will help you fine-tune all aspects of your approach, from segmenting your recipient lists to more minute details such as subject line character count. You are, after all, only as good your last campaign!

Leading Return Path’s Professional Services consulting team, Guy has a knowledge base that spans over 10 years and has worked with a broad range of international clients to improve their email delivery, subscriber engagement and revenue. Outside of work, Guy has had long-term involvement with both the DMA and IAB email councils.