The Trials and Tribulations of the Mad Tech Era

Next year more than 50% of all media ad spend in the UK will be digital, according to a study by Carat. And this year for the first time nearly 60% of UK display advertising is expected to be programmatic ... 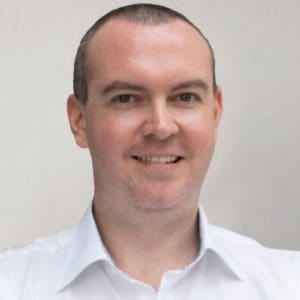 Next year more than 50% of all media ad spend in the UK will be digital, according to a study by Carat. And this year for the first time nearly 60% of UK display advertising is expected to be programmatic, according to eMarketer – showing the huge shift that has already taken place towards technology in the media agency world.

As agencies see their star employees turn from Mad Men into Maths Men, how is the industry adopting change and what are relationships between media agencies and their ad tech partners really like?

In AdRoll’s ‘Welcome to the Era of Mad Tech’ report, our survey of 200 UK media agencies explored how ad tech is transforming the traditional business model for agencies. With the growing complexity of media trading in the digital world, advertising technology is the only way forward, according to the research. The vast majority of agencies – 86% – told us they are already changing their business model specifically to reflect the growth in influence of ad tech.

The unabated expansion of ad tech has been severely disrupting the marketing ecosystem and shaking up the way media agencies operate for some time, pushing them to find new ways to find value in a world that no longer depends solely on percentage of spend or arbitrage revenue models. The age of ad tech has not made it particularly easy for agencies. For sure, since the late 2000s agencies have been trying to fight off the ‘chaos’ created by ad tech. But our survey found that almost 70% of media agencies want to future proof themselves by shifting towards digital and technology, showing how the turf wars between media agencies and ad tech companies seem to have given way to a more conciliatory approach, leading to change in the business models that reflect the growing influence of advertising technology.

The report reflects the industry mood at the Cannes Advertising Festival earlier this year, summed up by Shiv Singh, global head of digital and marketing transformation at Visa: “Usually it is when you take your agency and bring them together with the best publishers and the most sophisticated ad tech that you get what you really need for your brand.” With only 4% of agencies surveyed saying their business is centred around traditional media buying, agencies have understood how ad tech can be transformative and have been evolving to stop it from biting up at their model. In the past year, 60% expanded their mobile and social offerings compared to just 39% who expanded to offer a more consultative approach.

More than 80% of respondents agreed that buyers are changing more into tech strategists and traders. Meanwhile 88% say planners are evolving into data analysts, and 83% say both buyers and planners are moving towards becoming account managers and creative consultants.

The digital marketing world has also thrown huge opportunities to agencies to become the change agent for businesses, which for many agencies has meant delivering high value strategic services through ‘consultants’ and not ‘just’ media planners and buyers. After all, with the rise of programmatic buying, the traditional buyers/planners at the coalface are increasingly being driven away from the execution and optimisation process. So how do agencies protect and grow their businesses? Is it fair to assume media agencies are evolving into strategic consultants to avoid their position in the advertising value chain being overridden by what technology has to offer?

Not quite, says our research. Not that agencies have not been transforming the way they do business. But rather than becoming strategic consultants, agencies have been busy adopting analytics and data specialisations. And a third bought their own ad tech company (for the big media buyers); while others invested in in-house trading desk or programmatic solutions.

It is no surprise ad tech has transformed the dynamics of advertising and media buying. And ad tech is getting smarter – with better and more intelligent data. With consumers always online and huge amounts of data being produced and captured at almost every touchpoint, advertisers can see how technology can influence a huge set of consumer experiences. The promise of ad tech is here.

This promise doesn’t come without its challenges, however. Of those we surveyed, 48% say the increased amount of information available was leading to an unprecedented level of client demands. At the same time, 40% say they find it hard to develop profitable models around their ad tech partnerships and 47% say ad tech is simply not as monetisable as traditional media.

To move further forward we should unite as a triumvirate formed of the agency, the ad tech platform and the client – it comes down to establishing an even greater means of communication between all parties. Ad tech companies themselves have a responsibility to help agencies best use emerging technologies to deliver optimal results and best practice. After all, we often highlight the transparency offered by data – let’s back that up with a promise of transparency and openness to help agencies combat concerns such as monetisation so they can leverage ad tech to deliver results for clients that are profitable.

The industry must come together to be open, transparent and comfortable with learning and improving as we go. That way, we will all prosper on the promise of ad tech.

Marius Smyth is the Managing Director of AdRoll EMEA, and is responsible for managing the operations and leading the strategic development of AdRoll’s business across the EMEA region. Prior to joining AdRoll in 2013, Marius spent 8 years at Google where he managed sales and support teams across EMEA.