How PPC Infringement Can Harm Your Brand

How much value can you put on a brand? It’s not something in a company’s list of assets like office space or computer equipment that you can assign a concrete price to. And yet, for many businesses, it ... 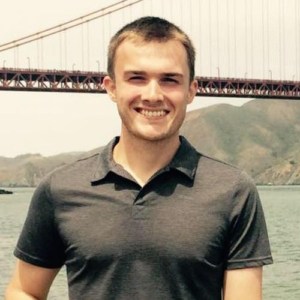 How much value can you put on a brand? It’s not something in a company’s list of assets like office space or computer equipment that you can assign a concrete price to. And yet, for many businesses, it might just be the most valuable thing they possess – a meaning and an identity that goes far beyond a name, a logo or a slogan.

Amazon founder Jeff Bezos has said that: “A brand for a company is like a reputation for a person. You earn reputation by trying to do hard things well.” Doing hard things well will always earn you respect, but protecting your own brand doesn’t necessarily have to be hard work, as long as you keep the following things in mind.

The letter of the law

Competitive intelligence has shown that brand infringement is a regular issue for companies using bidding platforms such as Google AdWords. While not every business will be the victim of malicious brand infringement, it can be a thorn in the side of campaigns in many more subtle ways.

Legally speaking, companies are able to bid on branded trademarks, provided they do not dilute, tarnish or adversely affect the original trademark. It’s a ruling that provides enough flexibility to mean brand infringement can be actionable in many cases, for example, in the long-running saga of Interflora and Marks & Spencer. For some time, M&S has bid on Interflora’s brand terms in order to market its own floral products, which Interflora claimed took clicks, and revenue, from their own business, with consumers led to believe M&S were providing Interflora products. A trial originally ruled that M&S had infringed; however, in December 2014, an appeal from M&S was granted, and an injunction from Interflora to prevent M&S from continuing the practice until a retrial was held was turned down. The long-running case is one the most high-profile examples of brand infringement, and proves how seriously the subject should be taken.

Know your own market

Not all cases of brand infringement result in prolonged court battles – different industries typically face different challenges, and it pays to be aware of how your own sector behaves. Some areas rely on so-called “gentleman’s agreements” to police brand infringements – but just because that might apply to your own sector, remain sceptical – many people assume they are safe from infringement, until competitive intelligence shows them otherwise.

Some industries on the other hand seem particularly predisposed to infringement. Betting sites are notorious for playing to the whistle – when one popular gaming site closed, other advertisers crowded in to bid on the brand overnight, in an attempt to lure in people still looking for the defunct site.

Payday lenders are also vulnerable, because regulations forbid loan companies from bidding on their own brands in an effort to limit their visibility. Wonga has been the victim of many smaller rivals using terms such as “Wonga loan” in their own ads, which deprives them of customers and risks damaging their reputation. Make sure you know how your own industry operates, and prepare accordingly.

While it is your rivals and competitors who you would assume stand to benefit the most from bidding on your brand terms, it’s actually often those businesses that are closest to you which could be damaging the bottom line of your digital marketing campaigns. Affiliates and resellers which offer your goods or services can occasionally stray into using your own brand terms in order to promote their deals – something which impacts your own business directly. With no direct control over their ads or their promotions, it puts the reputation of your own brand at risk, while at the same time, it can directly contribute to lost clicks for you, while pushing the CPC on your brand terms up as the auction suddenly gains more competitors. If you’re not using competitive intelligence, monitor your brand term CPCs closely over time to look for unusual spikes or strange patterns that could indicate someone else is bidding on them – whether friend or foe, neither is helpful.

No one wants to live in a state of suspicion and paranoia, but brand infringement can come from all corners, at any time, to eat into your revenues and threaten your reputation. While you may not end up in a court of law, a bit of extra vigilance, either in your AdWords account or using competitive intelligence, can help prevent a host of potential problems. Look after your brand, and your brand will look after you.

Head of Customer Insight at Adthena