The advertising industry is currently in the midst of a significant transition toward programmatic advertising. In the UK alone, recent figures from eMarketer suggest that programmatic digital display ad spending will grow 66.2% to reach £1.80 billion this ... 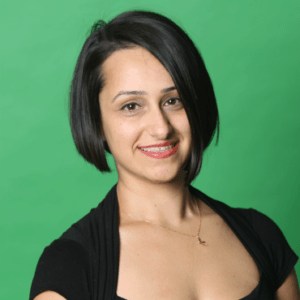 The advertising industry is currently in the midst of a significant transition toward programmatic advertising. In the UK alone, recent figures from eMarketer suggest that programmatic digital display ad spending will grow 66.2% to reach £1.80 billion this year, accounting for more than half (59%) of the UK display advertising market for the first time. Furthermore, additional double-digit growth will push spending toward £2.5 billion in 2016.

Despite this rapid growth, scepticism among brands and agencies still prevails. According to a recent AppNexus report entitled ‘Reaching Full Potential’, 44% of people in adland do not understand, or only have a small amount of knowledge, about how programmatic works. The same was true for 63% of advertisers, 48% of agencies and 47% of publishers. Indeed, 29% of the UK ad industry use programmatic despite knowing very little about it.

To really get the most from the technology, it’s vital for marketers to understand how it works. However, there are many myths surrounding programmatic that only serve to mislead and confuse marketers. To help set the record straight, here’s my take on the top five misconceptions around programmatic to help marketers separate fact from fiction:

1. All KPIs are created equal

The number of mobile (display and video) ads traded programmatically in 2014 was double that of 2013, according to the IAB’s ‘Media Owner Sales Techniques’ study. As this shift toward mobile advertising increases, reevaluating your KPIs is crucial. Keep in mind that performance and metrics will vary depending on the purpose of your ad and where it lives (desktop vs. mobile vs. mobile web). For example, when it comes to pre-roll video ads, the IAB recommends using ‘time spent’ as the primary KPI, while comScore suggests that mobile ads perform better on late-stage metrics, such as likelihood to recommend to others and purchase intent.

It’s tempting to say that things have changed with the advent of a new digital and programmatic advertising universe, however, cultivating good business relationships remains at the heart of advertising. Programmatic buying and technology-driven execution are quickly becoming mainstream, as today’s media buyer becomes tomorrow’s programmatic platform buyer. But while programmatic technology automates the process of buying, there will always be a need for experts who can educate, consult and help advertisers reach their goals. At its core, programmatic buying depends on strong, human relationships.

Despite the significant growth in mobile video consumption amongst consumers, brands remain hesitant to take the leap to programmatic video on mobile due to a variety of hurdles. However, advances in audience measurement, standardised implementation (MYRIAD Video Addendum) and audience targeting present new and more effective opportunities for advertisers to tap into mobile video. Advertisers can now buy video inventory on mobile in an automated, targeted and optimised way. What’s more, this is arguably more powerful on mobile than on any other channel, because, depending on the strength of proprietary data, it’s possible to leverage intelligence from sources such as mobile apps and geolocation to identify audience categories based on people’s recent behaviours.

It’s true that some premium publishers aren’t willing to sell certain formats or placements in an open marketplace, where they are obliged to sell to the highest bidder, even if the ad is low-quality or doesn’t fit the publisher’s brand. However, high-quality inventory can still be bought using programmatic technology and that’s where private marketplaces come in. On this type of platform, the publisher and advertiser must agree to do business together, which means that both can be selective about partnerships – a win win for both the parties.

We’re heading towards a programmatic future, but to get the most from you need to understand the benefits and ignore the myths.