If you’ve ever been on Facebook, Twitter, or really any place where you might be reading something on the Internet, it’s likely you’ve seen a sponsored story or a promoted tweet. These are some of the most ... 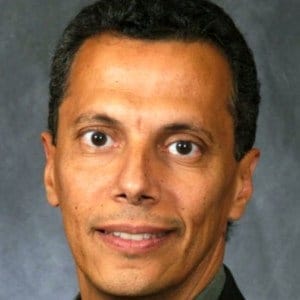 If you’ve ever been on Facebook, Twitter, or really any place where you might be reading something on the Internet, it’s likely you’ve seen a sponsored story or a promoted tweet. These are some of the most prevalent examples of native advertising in a consumer’s daily life.

Native advertising is unique to the platform on which it appears and is seamlessly incorporated in a way that doesn’t disrupt the flow of the surrounding environment in which it’s been placed. While it’s been around for more than a decade, its popularity has really only taken off in the past five years.

By presenting the reader with advertising in the form of content – as opposed to a hard sell – native ads are incredibly effective and can be an amazing alternative to “traditional” banner display ads. According to Dedicated Media, people are 53% more likely to view native ads, and when they do, their purchase intent is higher.

With such superior engagement rates, it’s easy to see why more marketing teams are spending more money on native advertising. In 2014, according to BI Intelligence research, money spent on native ads topped $7.9 billion, and this is predicted to rise to $21 billion by 2018.

Is native advertising right for me?

No matter the size or type of your business, native advertising should play a significant role in your future marketing strategy. People look past traditional digital advertising. 70% of Internet users would rather learn about products through content, according to MDG Advertising.

In 2014, a General Electric campaign, orchestrated by Beeby Clark+Meyler, reached 5.1 million people and saw 416,000 click-throughs for a CTR greater than 8%. This was a remarkable performance, and the industry average is well above that of traditional banners.

It doesn’t have to be expensive, either. Native advertising can accommodate any budget if you target correctly.

Where should my ads go?

Choosing the right website to host your content is essential to its success. You want a publication that matches both your ambition and target demographic.

Nike partnered with SB Nation to launch “First & Long,” a series of pep talks with NFL athletes. The company had a clear strategy in mind. With SB Nation boasting 80.2 million unique visitors a month – the overwhelming majority of whom are male and interested in sports – Nike could be sure its message was reaching the right people.

A lot of confusion exists about the differences between native advertising and sponsored content. The Nike pieces are examples of both because they aren’t specifically brand-based.

Sponsored content dovetails nicely with native advertising: No matter how good your sponsored content is, if nobody’s reading it, it won’t do your brand any good. Embrace the combination and grow your readership.

As a general rule, native ads consist of headlines, copy, and images. Most ad networks should help you create your content, but it’s worth going in prepared.

Your chosen image is extremely important. It’s often the first thing consumers see. You want a bright image with eye-catching colors and a single focus that looks good no matter the size.

Remember: A lot of your readers will be viewing your content on smartphones rather than traditional laptops and PCs. Try to use an image that looks real and not staged. Consumers want to see real people doing real things so they can picture themselves in the ad.

As for the headline and the copy: Use simple language. Be direct. Don’t overdo the punctuation. Wit is great, but don’t be offensive. Keep your copy short, and make sure both the headline and copy can stand together – or be featured separately – and still make sense.

Consumers are savvy. As marketers, we need to rise to the occasion and embrace innovative methods. Introduce consumers to your company, product, or brand without assaulting them with a flashing image they don’t want to see. You’ll earn their attention.

Ash Nashed is founder and chief executive officer of Adblade, one of the industry’s largest and safest advertising networks with more than 140 million unique monthly users.