Bastien Duclaux, co-founder and CEO of Twenga Solutions, explains how the French start-up scene has alerted European leaders and why "French Tech" already leads European e-commerce tech. The French start-up ecosystem has gained momentum in recent years. Not only because ... 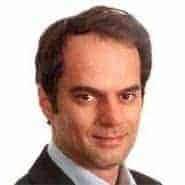 The French start-up ecosystem has gained momentum in recent years. Not only because the founder of Generation Millennials has been more willing than ever to take a risk, but because of the increase in support both economically and from the state.

One of France’s top entrepreneurs, Xavier Niel, was personally responsible for launching the “1,000 start-ups” initiative in Paris, a huge co-working space which is expected to house approximately one thousand start-ups in the coming year. The French government are also getting involved as they are becoming more aware of the growing importance of the start-up scene. They offer their support for the “French Tech” scene in the form of subsidies and loans for new initiatives, such as “JEI – Jeune Entreprise innovante” and CIR, which is a tax credit for research expenses. All this support from key, influential figures in France could have a lasting impact on the French start-up scene in the years to come and give it the necessary drive to remain one of the leading tech countries in Europe.

French investors and founders awaken from their slumber

It didn’t look very rosy for France’s entrepreneurs and investors at first. They particularly suffered in recent years due to the slow growth of the European economy and, consequently, missed the opportunity to invest in international markets and work with foreign investors. Brits, Germans and Scandinavians have been travelling abroad for a long time to gain international experience and to invest, whereas France has only just begun to take international money to encourage the arrival of French Unicorns. In fact, apart from a few French start-ups such as BlaBlaCar, Europe’s “rising stars” including Delivery Hero, Shazam, Transferwise are founded in Germany or the UK.

So, there remains no doubt that France is still catching up to the rest of Europe. But there is now a new generation of investors, who are taking an unprecedented and historical step into financing rounds for new ventures, such as ex-Elaia Partners Marie Ekeland. This is the new guild of VCs who support the rapidly growing start-up movement in France as they endeavour to make up lost ground, among other sectors, in e-commerce and tourism. But does France still have a lot of ground to make up for in these areas compared with Germany?

France is in a much more advanced position in both the e-commerce and tourism sectors than ever before. In France, trade has a very important, historical tradition. Carrefour, for example, the third retail brand in the world, was slow to adapt to the digital age, but now they are in a stronger position as they have accelerated their cooperation with start-ups to work on innovative approaches. We now live in an omni-channel world with customers using mobile, tablets as well as desktops to visit a retailer’s website. The fast-paced environment of the digital space means that retailers must adapt to this environment and learn how to manage these changes amidst the increasingly complex customer acquisition methods.

It is also important to be aware that there are some significant differences in consumer behaviour and in the market conditions in France and Germany which make French e-commerce much more accessible for start-ups. German consumer law, in comparison with French consumer law, is much stricter meaning small traders have greater difficulty meeting the demands of technical and financial resources. Even though German customers are generally more loyal customers, they much prefer to make their purchases on an established merchant website because they feel safer when it comes to negotiating their online transaction. They also rarely pay for their order immediately – which of course is safe for the customer, but requires a high degree of (financial) flexibility on the merchant’s behalf – while the opposite is normal for the French e-commerce. These are the factors that make it difficult for new start-ups in Germany to crack the e-commerce market and build a clientele.

Bastien Duclaux founded Twenga  2006, together with Cédric Anes with the aim to provide the greatest product and price search engine on the Internet. Since 2014, the company provides advanced acquisition solutions for major advertising platforms in e-commerce that enable online retailers to improve the ROI of their campaigns considerably.