How Do You Make Your App Stand Out Against Three Million Others?

With a combined 150+ billion app downloads each month in the Apple App and Google Play stores, there is clearly a large and exponentially growing market for mobile apps. But with over three million apps out there, the scale of ... 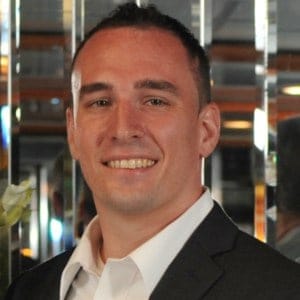 With a combined 150+ billion app downloads each month in the Apple App and Google Play stores, there is clearly a large and exponentially growing market for mobile apps. But with over three million apps out there, the scale of this market means that the challenge of promoting your product comes with high levels of competition.

Without the right plan in place, an app that has the potential to generate a great deal of revenue for its developer could easily fall into obscurity. This is why having a strong promotion plan is just as important as having a strong product. Here are three areas to focus on:

App Store Optimisation (ASO) is comprised of techniques used to help an app be found organically in the app stores through both search and category drill-downs. The theory behind ASO as it pertains to apps is very similar to SEO as it pertains to websites. The steps involved in app store optimisation involve selecting the right categories for your app, as well as optimising your app’s title, description, and keyword elements for popular and relevant app store keyword searches.

In order to select the right categories for your app in the various app stores, the obvious first step is to look at the categories that best fit your app. From there, it’s best to drill down by looking at the categories of your top performing competitors. Another factor to be on the lookout for is categories with relatively low competition, making it easier for your app to rise towards the top.

There are a number of tools that can be used to help identify the most relevant keywords for your app that people are searching for. Understand which specific keyword(s) users are searching that indicate they have the intent to find what it is the app offers. Insert that keyword into the app title, description, and keywords (Apple) sections of the app’s store page.

The volume of downloads and installations, as well as the frequency of user reviews, also have an effect on where your app ranks within searches and categories. App developers and marketers, however, do not have the same level of control of these elements as they do over app titles, descriptions, etc. An app must be discovered before it can be downloaded and reviewed. For that reason, app store optimisation alone is not enough to break through the competition. Paid campaigns must also be used to drive these metrics and increase the engaged user base.

A burst campaign is a paid campaign through a variety of ad networks used to quickly push an app to the top charts within the app stores. Because app popularity is a key metric used by app stores in featuring apps in the top charts, concentrating ad spend into a short time period can lift your app into these charts.

Implementing a burst campaign when your app launches provides a great jump start for the app’s visibility. Also, in addition to the total volume of app installations and reviews, those since the last update play a key factor in keyword/category rankings. Therefore it is a best practice to launch a burst campaign each time the app is updated.

The app stores use the ratio of installations versus uninstallations as a signal of app quality. If a high percentage of those who download an app uninstall it, that will negatively affect the app’s positioning in search and category results. The key to improving user retention is understanding what causes uninstallations through deep analyses.

There are a number of app analytics platforms and other tracking tools, such as the free platform Flurry, that can be used to track user behaviour. Look for clues as to where the drop-off points are within the app, as well as how long after installation users tend to uninstall.

The real user retention gold lies in the user reviews within the app stores. Constantly monitoring reviews is essential to pinpoint the common pain points of those who installed the app. It is also vital to communicate with reviewers by asking how their experience can be improved, letting them know about upcoming improvements, and thanking them for their input.

In addition to these core app promotion techniques, there are many creative ways to promote an app. These three steps, however, should be considered in any app marketing campaign.

Marc Purtell is VP of Search Marketing at Direct Focus Online, an online performance marketing & technology organization. He can be contacted at marc.purtell@dfo.global.