Saving Online Advertising: How we can Start Raising the Display Ad Threshold

The use of ad blockers is growing in scale and intimidating online advertisers. The main reason for the trend is the decline in quality and the increasing intrusiveness of online ads. If we want to save online advertising, it’s ... 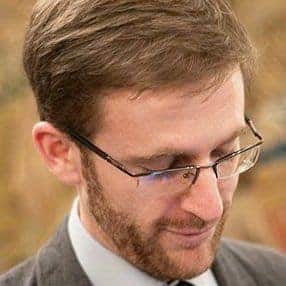 The use of ad blockers is growing in scale and intimidating online advertisers. The main reason for the trend is the decline in quality and the increasing intrusiveness of online ads. If we want to save online advertising, it’s time to raise the bar…

In both cases, the idea was to disguise ads and make them look like organic content – to make ads that don’t look like ads. In both cases, this attempt failed: ad blockers quickly spotted the scam and started blocking them.

The conclusion is that sleazy cosmetic adjustments are not enough to save online advertising from the threat of ad blocking. Advertisers need to understand that the main reason for the expansion of ad blocking is low quality, and the only way to contain it is, thus, to raise the bar of quality.

What does it mean for each one of the parties?

The task of improving online ads should, of course, be first and foremost assigned to advertisers. If they don’t want their ads to be constantly blocked, advertisers need to commit to a series of ethical and aesthetic standards, to ensure that ads are clear, transparent, and do not compromise user experience. Here are five things to start with:

Content platforms are not the creators of ads, so at first sight they are not responsible for the ads’ quality. But this is a false impression: as hosts of the ads, websites are responsible just as much as the advertisers themselves.

Most publishers don’t take the proper responsibility for the ads they allow on their website, and opt for automated and programmatic ad slots. As a result, advertisements are often irrelevant and even unsuitable to the content of the website. This is particularly true of native advertisement. Example: after reading an article on Business Insider about a dramatic drop in the currency of Kazakhstan, the “recommended” content was the following:

The immediate effect of this kind of “recommendation” is that it hurts the reputation of Business Insider as a publisher. This was supposed to be a serious publication for a business-oriented audience – how can it be taken seriously when it is followed by an article on “15 child actors who turned out ugly”?

Publishers have the power to decide which ads go online and which don’t. Just like advertisers, they have to set standards on the amount and the kind of advertisement they allow. The first steps should be:

Make sure that the advertised content is suitable for the website’s audience and relevant to its interests.

According to the PageFair and Adobe Ad Blocking Report from 2014, 80% of ad blocker users declared that they are not willing to pay for premium ad-free content. Readers want to have the whole cake and eat it, but it won’t work: if they keep blocking ads and drying out the publishers’ main source of income, they will soon find themselves facing solely paid content.

Technology already enables it: most ad blockers have custom options, where the user can choose what type of content should be blocked, and where. Adblock Plus offers a “white list” of trusted publishers and advertisers, whose ads are not blocked because they are recognised as user-friendly. This is a powerful tool: the more advertisers and publishers will want to get into the “white list” of ad blockers, the more they will ensure the quality standards of their ads.

The growing trend of ad blocking is everybody’s loss. Only a common effort can contain it, and at the heart of this effort is the quality of ads. Advertisers should not fear ad blocking, nor try to defeat it. What they need is to adjust to new quality standards: advertising that is user-friendly, aesthetic, interesting, engaging, and, most importantly, relevant to the users’ needs and interests, will prevail.

Daniel Slomka is a content and social media specialist for Boost the News, a platform that brings publishers and advertisers together to promote quality content through online ads.