IAB: Getting Better at Digital Advertising Can Halt the Rise of Ad Blockers

The two big themes that emerged from the recent IAB Affiliate Committee workshop on plans for 2016 were A) The race to the bottom (the unintentional devaluation of the model) and B) Ad blocking.   There’s certainly a connection between ... 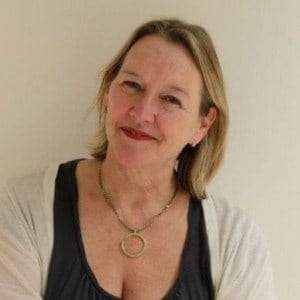 The two big themes that emerged from the recent IAB Affiliate Committee workshop on plans for 2016 were A) The race to the bottom (the unintentional devaluation of the model) and B) Ad blocking.

There’s certainly a connection between the two – addressing one may help mitigate the danger of the other.

It’s a fairly common perspective that the performance industry – and affiliate marketing in particular – perceives itself in a race to the bottom. It’s what happens when volume and numbers are the only game in town; it’s a very limiting toolset and one that isn’t naturally producing solutions that work for audiences as well as brands.

Interruptive, annoying, ‘creepy’ and bandwidth-sapping techniques that do little to demonstrate the rich and diverse capability of the affiliate business model may just be contributing to the rapid growth of ad-blocking software.

Case in point – the typical reaction from a friend outside the digital ad industry when we talk about our jobs: “You mean those awful ads that chase you round the web about the shoes I just bought.” Yes, exactly.

It’s sometimes hard to defend why that happens because remarketing and retargeting, for instance, could be much more audience-friendly and useful. Perhaps an ad showing a pair of shoes that a consumer hasn’t yet bought, may make more sense to the recipient and deliver a better ROI back to the brand.

It may also prohibit increases to the 15% of the UK online population now using ad-blocking software (IAB/YouGov) and almost 200 million people globally (PageFair/Adobe).

I’ve been struck by how many people in the affiliate marketing industry feel the ‘IAB Believes’ campaign is just about display and not about them. How can that be?

Affiliate marketing is a business model deploying the same technology and channels as the rest of the industry. If your business derives, or is dependent on, revenues or traffic delivered by any form of digital advertising and marketing then transparent practice across any digital channel is your responsibility.

Ad blocking featured large in our campaign (‘IAB Believes in an ad-funded Internet’) which elicited approval from stakeholders across the ad and media industries in the UK. Even the UK Government was moved by it. Ed Vaizey, Minister for Culture and the Digital Economy, included it in his Culture and Creative Industries weekly team email.

Evidence from multiple research studies suggests most people do have an appreciation of the value exchange going on. They understand that some of the content they love across the internet is funded by ad revenues.

However, the IAB/YouGov study revealed that 56% of people didn’t realise blocking ads means the website/service serving them would lose money.

So why the difference?

Does this suggest that, while the value exchange is understood, the majority don’t realise the monetary mechanic behind online advertising on which free or subsidized access to content depends upon? Perhaps, it’s possible that people don’t readily recognise irrelevant, intrusive, and interruptive advertising as the kind of stuff they’re prepared to endure in order to enjoy content.

Digital advertising comes with an immediate experience component that we’re all just beginning to understand – brands too. Responsibility for the type and quality of digital advertising out there falls at the feet of stakeholders: brands, publishers, agencies and adtech providers.

If the industry doesn’t start galvanising support around good digital advertising practice, ad-blocking tech will surely kill off reels and reels of quality content, the like of which we’ve never had access to before without direct payment.

This rings true for mobile too – ad blocking here will rise significantly with the release of Apple’s iOS 9 platform, which allows developers to block ads on the Safari mobile web browser. The perceived benefits of an ad-free experience could include saving money on data plans and preserving battery life – both very compelling. The mobile ad experience is such that, all too often, advertisers compete for attention with interruptive ads that overstep what’s acceptable to consumers.

It’s not advertising per se that people object to. It’s the excruciating experience that some advertising techniques (or lack of) imposed on people when they’re spending their 2 hours and 51 minutes a day online (IAB/UKOM).

Now is the time to get smart about this amazing medium and help stop the race to the bottom by recognising that every ad and every link is there to persuade someone to interact with a brand in some way. It’s the lifeblood of the internet and we all know that without ad funding, the environment in which this industry needs to thrive, will disappear as fast as it’s grown.

Clare O’Brien is Senior Programmes Manager at the IAB and chairs the Affiliate Marketing and Online Lead Generation Councils. She also manages the IAB’s Content & Native Working Group which is currently developing best practice guidelines for advertising disclosure and developing a number of other work streams including measurement.