Market Research historically, entered this world, as a way to confirm hypotheses and make new discoveries. Traditionally, within quantitative research, the only way to collect data was from questionnaires which relied on consumers’ memory and recall.  However, over the years ... 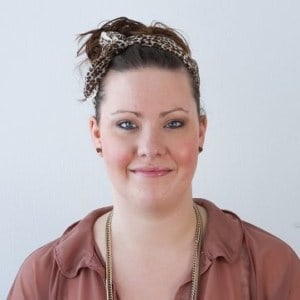 Market Research historically, entered this world, as a way to confirm hypotheses and make new discoveries. Traditionally, within quantitative research, the only way to collect data was from questionnaires which relied on consumers’ memory and recall.

However, over the years there has been a gradual decrease in response rates from respondents for the traditional methodologies. Questionnaires are so vast and so frequent that they no longer hold the intrigue that they once did. It has been shown that in the 1940s we had 100% response whereas today we have around 30-40%, therefore we need to look at ways new ways of capturing accurate data and how market research can adapt to receiving this new data.

It all began offline

Passive measurement first began offline with the likes of ethnography, however is most closely aligned to online now. Methodologies within passive measurement range from cookie & tag to ethnography to biometrics. Like traditional research it requests permission from consumers before collecting any data but unlike traditional research it offers the opportunity to gather a huge amount of data without taxing the consumer, meaning we can be more selective in when we use direct research approaches (minimising fatigue).This approach is defined as collecting data which doesn’t interrupt or modify the situation it is trying to evaluate.

Often we think about how it can be used to understand campaign effectiveness and a consumer’s perspectives on a campaign. However, it can be used from the other way round; tracking individual’s total journey online across all platforms whilst causing minimal disruption to their lives. The benefit of looking at an individual’s journey is twofold; creating a full journey of the consumer and secondly, understanding behaviours that we know consumers struggle to articulate or accurately recall.

More and more we are finding that the traditional quantitative methodologies have limitations in accuracy of hard measures as we begin to compare them to the results of ‘actual’ data. For example, when TNS conducted a study looking at the relationship between memory-dependent survey metrics and data on actual behaviour, the findings concluded that often the relationship between recall and actual data is very weak. In particular, awareness, strength and use do not relate to actual behaviour in any significantly meaningful way.

This doesn’t mean questionnaires aren’t important but it illustrates the value in passive measurement. We can still use questionnaires to give us human insight which can’t be gleaned from pure observation. How we need to then look at using questionnaires is in being more selective. Selecting shorter, smarter and focusing on questions which we know that consumers can answer accurately such as their perceptions and brand engagement and relying on ‘actual’ data to provide the hard measures.

We now live in a targeted world

Another illustration of the benefit of this approach is in the world of media where we want to be agile and focused on individual targeting rather than wide sweeping media, therefore understanding how individual consumer’s travel online not only when they see our media but in their day to day their life helps us in individual understanding. It allows us to look at an individual over a longer period of time which creates a more valid picture because you aren’t looking at one moment in time which could be affected by external factors such as an individual’s mood on that day. This is particular pertinent when trying to understand a path to purchase which can take place over days, months or even a year. Or when trying to determine the optimal time for changes in levels of media receptivity across a day which are incredibly difficult to consciously track.

Approaching consumer tracking in this way has a huge amount of benefits one of which means that a huge amount of data is produced. However, in order to make sense of the data there needs to be a level of interpretation. Data struggles to create patterns or connections beyond the data it collects or to understand how this fits in with their environment or changes occurring the rest of the world which might explain the behaviour in the data like a researcher.

Passive measurement opens the window to new and different data. Data which is based on the ‘actual’ rather than being reliant on ‘claimed.’ However to utilise its full potential it requires focus on what is trying to be achieved otherwise the findings can be missed or incorrect data collected. In addition, incorporating other research methodologies such as questionnaires or interviews will allow the opportunity to maximise the findings and provide a 360 picture.