The Future is Automated: Entering the Programmatic Age

In a recent article, Sarah Treliving of MediaCom said that technology is not the “whole answer” to effective online advertising. Whilst it is understandable to be wary of new technology, Internet Advertising Bureau (IAB) figures for last year show that ... 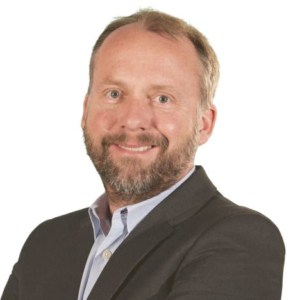 In a recent article, Sarah Treliving of MediaCom said that technology is not the “whole answer” to effective online advertising. Whilst it is understandable to be wary of new technology, Internet Advertising Bureau (IAB) figures for last year show that the programmatic tipping point has arrived in a big way. With almost half of display advertising in 2014 bought through automated technologies, there’s no turning back now as we enter the programmatic advertising age.

As a result of the continued rise in mobile and video ad spend, the IAB now estimates that almost 80% of all digital spend will be programmatic by 2018. This prediction is more likely to come true if the main barrier to increasing programmatic ad spend is removed – the lack of transparency. In a recent survey, 65% of marketers said that a lack in transparency is preventing them from increasing programmatic ad spend, followed by the complexity of the ecosystem and lack of appropriate measurement. Treliving is adamant that smart digital media planners are required to “review every advertising placement”. If the IAB’s estimations are correct, and aforementioned barriers can be overcome, then this need for media planners will no longer exist.

At the Cannes Lions festival in June, the issues surrounding transparency in pricing, performance and delivery were discussed widely, with largely the same conclusions reached. If the programmatic tipping point is to accompany more brands seeing the true value of using first-party data to track, record and target the most likely customers, agencies need to forge closer working partnerships with ad tech providers and shift their attention to improving data management and the transparency of demand-side technology.

Otherwise, brands will take their programmatic buying in-house or insist on hybrid agency trading desks that are brand specific so that they can manage their own data and set metrics for success whilst retaining the agency’s deep-rooted relationships with publishers.

As an industry we need to prepare for this eventuality by giving brands the ability to own their own marketing data associated with their owned and paid media, instead of letting it slip through their fingers, which is what often happens today. The way brands currently have to buy back web data from data management platforms (DMPs) seems an odd inefficiency. For too long brands have been content to buy back data that was once in their hands because they didn’t have the mechanism to harness it.

DMP’s play a valuable role in the advertising ecosystem by providing reach, but we need to ensure that we work with them to empower brands to own their own data rather than activating it then selling it back to them. By playing the ‘traffic cop’ of data, and ensuring all the traffic that comes to a brand’s online property is not only harnessed, but all data owned and retained, we’ll enable brands to make offers back to potential customers in real-time at a massive scale and across all devices.

As programmatic continues to grow, brands need this access to unified data sets, real-time reporting tools and accurate insights into where their money is being spent online and how effective that spend is – as only this will deliver a real competitive edge in such a busy online marketplace. For the programmatic tipping point to actually ‘tip’, secrecy around these points needs to be eradicated as only a transparent landscape will have the maturity to evolve.

Ian Woolley is a seasoned business leader and sales & marketing professional. Prior to joining Ensighten as GM EMEA Ian was the Chief Commercial Officer of London based VisualDNA and was responsible for the global revenues and business strategy for the group across the four business units; Media, WHYanalytics, Financial Services and Consumer. Ian holds a number of non-exec positions and has consulted numerous start-up businesses on branding, digital optimisation, commercial streamlining and operations.