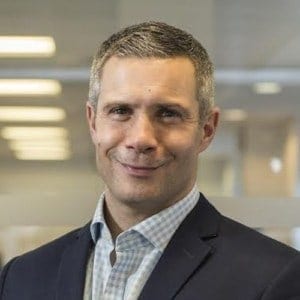 The promise of native is in its ability to create an authentic experience for the consumer. With almost 90% of adults in the UK owning a mobile and 40% using tablets , the importance of delivering relevant and targeted content that is available cross-screen has never been more vital, and native addresses this perfectly. Native content is created to fit with the publishers’ platform, and to be available across all channels.

Native ads are designed to be integrated with the content of the publisher or media platform. As a result, they are able to appear as authentic to the publisher, and this method is proving to be very successful with engaging consumers. According to a Far Partners report , it is a notable reason as to why 83% of UK media agencies are now including native advertising in their media plans. Native ads are generating higher consumer engagement than traditional forms of advertising, especially on mobile devices. According to recent data from Polar Media Group, native-mobile ads click-through rates were over 1% compared to desktop which had an average of 0.15% , highlighting how we are seeing the multi-screen content consumption grow as a trend among consumers.

However, due to the nature of native advertising being so tailored, there are some considerations that publishers need to be aware of in order run a seamless native campaign. The three key considerations being:

•    Identifying the correct format. The IAB has created seven formats in order to standardise native advertising and establish a set of guidelines for publishers and advertisers to follow. These seven new formats will need to be built into the publisher’s platforms in order to adopt the new formats. At the moment, this is a key factor that publishers need to think about as they make a decision to take on a native based on little knowledge on how it will perform on their page.
•    Content creativity. Native ads allow brands to be as creative as they like when it comes to developing an ad. There is much more choice from a publisher perspective in terms of what they are willing to take on their pages. From an advertiser side, they are now almost spoilt for choice in terms of what styles, colours, and images they want to use, allowing them to be more creative. This highly creative format generates better ECPMs through being more engaging to audiences.
•    How does native scale? At the moment the market is still reserved, as native advertising is still fairly new and there is still some apprehension around the format. Therefore, the issue as to how it is going to scale is unclear. Social media platforms are a good example of how native can scale, as all of their advertising is essentially native.  For traditional publishers, they will need to decide if they change their strategy. Publishers need to think about their whole ad portfolio, and whether or not they are going to swap out an old format and use native, or if they are going to build it in as a new page. As long as the right formats are being used, money from the demand side will make it attractive to publishers who want to be investing more space and time into native.

There are solutions, however, that enable publishers to implement native ads easily. A great example of a publisher that is better serving third parties and maximising inventory through ad server technology is Softonic. With 16% of its overall advertising revenue now originating from native, the Softonic Company decided to use native ads to better monetise premium inventory and as a result were able to attract the right advertisers; providing relevant and authentic content to fit with their platform. Through using native, Softonic has seen a noticeable increase in CTR –  with 3.5% CTR’s from native, compared to 0.6% from display standard formats – highlighting the impact native has had in allowing Softonic to deliver engaging and relevant content to a targeted audience.

Native ad spending is only set to increase. Premium and authentic content is now key in driving high user engagement and native ads have taken this to a new level. Advertisers now need to ensure that it is also tailored to the publisher as well in order to be fully integrated, and as successful as possible. The success of native advertising will not be determined overnight. It will be a long-term process as publishers will need to see results as they reap the rewards. It is imperative that publishers are aware of their unique nature and composition if they are to maximise the potential that native ads offer.