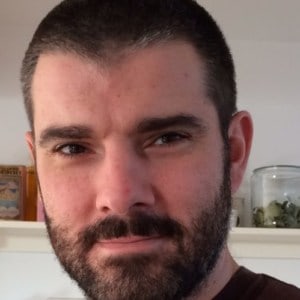 Recently the IAB published a how-to guide on crafting a mobile strategy. I’m sure some questions would have come from its release.

Questions such as: Why is having a mobile strategy important? Can’t a brand’s communications needs be met by online and more traditional channels? Isn’t mobile simply an add-on to a brand’s existing marketing strategy anyway?

The short answer is no. Simply put, without a mobile strategy, the harsh reality is that you will probably fail as an organisation in the connected world that we live in today.

I can remember the days when we had to build an advertiser’s mobile site before we could run their advertising campaign, often the media budget being signed off before the site build.  In the beginning, these were simple landing pages (maybe one or two pages at most) so that brands could dip their toe into the world of mobile at entry level.

Now, however, the majority of brands are taking mobile more seriously, with 84% of the UK’s top 250 advertisers using a mobile-optimised site. Meanwhile 68% of the same have an app, according to the IAB’s Mobile Top 250 audit from this year.

These figures, and many others like it, show that mobile is no longer an exploratory channel for basic-level testing. It puts pressure on those that are playing catch up, bluntly speaking, to either put up or shut up!

Nintendo is a highly relevant example of a company that failed to play the mobile game in the right way and ended up paying the price. Slow to move from being a hardware and software firm to being a mobile one, its share price tanked in the years since the launch of the iPhone and app store in 2007.

I know that “mobile first” has become a clichéd expression and I hate using it, but it is true.  Now that Nintendo has started to think mobile, with a series of announcements stating that it will be generating games based for the smartphone generation, unsurprisingly we have started to see its share price climb back up.

So, mobile is here, but it needs a strategy in place to be able to execute well on it. Mobile also needs to be approached with care, consideration, patience and adaptability. As the saying goes, “only fools rush in”, making unnecessary mistakes that could cost someone their job, a whole load of embarrassment and a big bunch of money.

Only recently, one of our prospective clients started trialling some mobile activity for the first time.

We sat down with them, understood what their goals and objectives were and put a plan in place. However, after we ran some testing over a series of months, it became very clear that they were just not ready. There were too many barriers from old legacy systems that simply could not keep up with the real-time dynamics of modern-day mobile ad management and optimisation.

They were always two or three steps behind us and too slow to respond technically, meaning their ad campaigns could not be efficiently managed to meet their objectives. As much as it’s hard to do, we had to say no to their money and honestly tell them that it wasn’t going to work for them at this stage. If, after looking at the results, identifying the barriers and assessing where improvements can be made changes can be put in place, we could look to start again.

As the master of evolution himself, Darwin taught us that being able to adapt is key to survival and success. The secret to Alex Ferguson’s success as a football manager was his ability to reinvent how he managed his team in order to stay relevant – changing what used to be the way to do things to how to do things now.

As I mentioned earlier, we put a strategy in place for the client but there were elements missing from the detail that we simply did not know until we actually started to run some activity. It is too easy to just stop, or keep throwing mud at the wall in hoping some will stick. It never sticks.

The lesson? Plan your mobile strategy well, but learn from your activity as it progresses and don’t get stuck in a rut – adaptability is the secret.

Christian loves a start-up. Way back in 2003 he started work with his own mobile content and marketing agency, Trusted Media Ltd, then moved on to Enpocket as Senior New Business Director during the merger with Nokia. After this he become Global Managing Director at YOC which he built up from scratch to a multi-million pound business. As Tamome’s CEO he is passionate about how to make advertising relevant; giving brands a fluid conversation via the mobile channel.