Brand storytelling creates a sensory connection with consumers, appealing to them on an emotional level, rather than a purely rational level. But increasing fragmentation within the advertising ecosystem, and a plethora of available advertising channels, means brands need to work ... 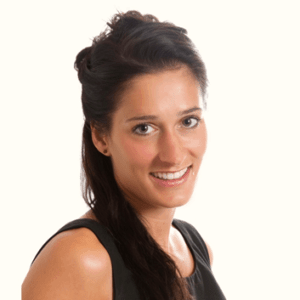 Brand storytelling creates a sensory connection with consumers, appealing to them on an emotional level, rather than a purely rational level. But increasing fragmentation within the advertising ecosystem, and a plethora of available advertising channels, means brands need to work harder to get their stories heard.

While TV advertising is still central to brand storytelling, audience attention is frequently distracted by second-screen devices, particularly during commercial breaks. A Nielsen survey indicates that 84% of smartphone and tablet owners multitask online while watching TV. Viewers often media stack – using a second screen device for an activity unrelated to the programme they are watching – or media mesh – using a second screen device to interact with the programme they are watching, perhaps by commenting via social media or browsing for additional information.

Rather than fighting this second screen behaviour, brands need to synchronise their ad campaigns across all devices – telling a seamless brand story with an engaging narrative that captivates viewers across all screens. There are three key areas where brands can take advantage of second-screen viewing to embrace connected storytelling and unify their core brand message across devices:

A type of TV ad syncing, social media syncing is the process of launching a related social media advertising campaign the instant a TV ad is aired, meaning viewers using Facebook or other social networks will immediately see related advertising in their newsfeeds or timelines. Social media advertising results in increased brand recognition and loyalty, as well as high conversion rates – one in four UK TV viewers engages with social media channels while watching TV.

Search-engine syncing enables advertisers to run paid search campaigns that coincide with the broadcast of TV ads. When viewers are inspired by the commercial and search for the featured product or service using their second-screen device, search-engine syncing ensures they easily find what they saw on TV. This engages media-meshing consumers at the highest point of their purchase intent – immediately after the TV ad airs. With 80% of viewers researching the advertised website within 90 seconds of the ad being broadcast, search-engine syncing enables marketers to extend the brand story and shorten the path to purchase for consumers.

Nissan is one brand that has already embraced synchronised advertising to enable connected storytelling, during the European launch of its Pulsar model. TV audiences were targeted with related display, video, and social ads on their second screen devices as soon as the Nissan Pulsar TV commercial aired, recapturing distracted viewers and providing a channel for instant interaction with the brand. By synchronising TV and online ads, Nissan almost doubled brand awareness. While viewing the ad on TV only led to a 41% increase in brand awareness, the TV synced campaign – which told a seamless story across multiple devices – resulted in an impressive 96% brand lift.

Storytelling has been a successful medium for communication for thousands of years. As new methods of connected storytelling emerge, advertisers should optimise these channels to attract consumer attention and effectively communicate brand message. By ensuring messaging is coherent and consistent across all devices and platforms, brand stories will resonate with their target audience, helping to engage consumers achieve campaign goals and maximise conversions.