Examining CPCV: The Next Big Thing in Video Advertising?

As Facebook introduce CPCV pricing, in-feed video is here to stay and to ignore at your peril.

Cisco predicts online video will take up four-fifths of all consumer internet traffic by 2019. It’s one of the stars of the web, no question.

The same holds true for digital ads, particularly when it comes to the in-feed video that’s being scattered around our social networks and proving increasingly popular when delivered through native advertising. Facebook, Twitter and Instagram have all adopted scroll-to-play (i.e. autoplay) video formats because they see its potential for advertisers, as have other publishers through native in-feed delivery.

In essence, in-feed video has become the mainstay of the entire publisher and content environment. Just look at how Facebook’s impressive Q2 results have been driven by video.

The only real question now is the best way to pay for it, and this is where cost per completed view (CPCV) comes in. As the name suggests, the payment mechanic is based on people actually viewing video content and ads, which considering all the furore surrounding viewability and ad fraud is not the worst plan of action.

Currently, though, there is some debate over exactly what entails a ‘completed’ view. An average TV ad (often reused online) is about 10-30 seconds in length and many publishers outside of social media see that as a guideline. Our own company bases its CPCV charging model on 30 seconds.

However, Facebook is now introducing CPCV pricing, but based on 10-second views. Twitter, meanwhile, starts charging after only three seconds.

First off the bat, that creates confusion among advertisers as they already have too many different definitions. When they create a video ad for use across multiple online platforms, a number of questions spring up. Should it be a three-second snippet, a ten-second call to action or a 30-second piece of storytelling?

Secondly, are they always going to be comparing things like for like? Scroll-to-play video with the sound off can work well in-feed as the dollars that are pouring into Facebook show. But are three or ten seconds really going to be enough to generate any sort of impact – or, for that matter, get a message across?

That said, publishers and social networks across the content spectrum are keen to explore CPCV in-feed video distribution, and the likes of Twitter and particularly Facebook are clearly encroaching on YouTube’s preserve as the primary destination for digital video content.

In fact, figures from the analytics firm Socialbakers have revealed that during Q4 2014 Facebook saw an 80% increase in video shares and engagement, while YouTube witnessed a modest 13% rise.

Bringing out the best in advertisers

What shouldn’t be in doubt, despite the confusion and challenges, are the benefits of in-feed video distribution on CPCV models.

The idea is that advertisers are only paying for a fully-viewed ad, which in itself implies at least some level of interest and engagement right from the off. Content delivered via CPCV also works perfectly for in-feed scroll-to-play executions, which are growing rapidly while also being a channel where pre-roll ads (historically the most common form of video advertising) aren’t viable.

Speaking of creative, the very best thing about CPCV (and in-feed video more broadly) is that it will encourage agencies and advertisers to move away from simply reusing TV ads online.

We recently conducted some in-depth research among agencies and one of the most common issues highlighted was the so-called ‘creativity gap’ in digital advertising. But as CPCV grows and brings with it more investment into native video, advertisers will be increasingly willing to build their own highly-engaging branded content and deliver it directly to publisher feeds.

In the study, around two-thirds (65 percent) of respondents agreed that native addresses the creativity challenge in the digital ad market. Because CPCV requires completed views (and hence a greater level of immediate engagement), it will force advertisers to stretch their creative muscles in a way that perhaps hasn’t been seen since the first dawn of the online advertising era.

Up until now, when a lot of agencies and advertisers have thought about ‘native video’, they’ve assumed that meant content and ads aimed at targeting people through Facebook and other social media. With the growing impact of CPCV being felt, however, every publisher and content provider has the chance to get in on the act. What they – and brands – need are clear standards and definitions so that everyone knows exactly what a ‘completed view’ actually is. 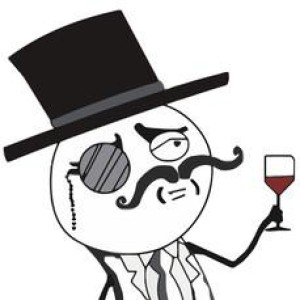