With the launch of its last OS, Microsoft’s CEO, Satya Nadella has quite confidently said: “Windows 10 is a huge milestone for us as a company, and quite frankly the industry.” You would expect this from the chief executive ... 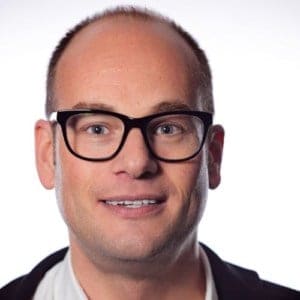 With the launch of its last OS, Microsoft’s CEO, Satya Nadella has quite confidently said: “Windows 10 is a huge milestone for us as a company, and quite frankly the industry.”

You would expect this from the chief executive of what is still one of the globe’s largest and most influential tech companies, just maybe not as influential as they still perceive themselves to be or as threatening to the big A and G.

Microsoft’s decision to launch its OS for one last time in this manner and seek to upgrade in the same way as competitors do when needed, or rather stealthily, is a good idea. Indeed, Microsoft experienced 14 million installs of Windows 10 in the first 24 hours of launch. But financially in the long-term, it may prove costly to manage when you consider the revenues Windows used to generate for the company.

Once upon a time, the company’s OS was on 95% of OEM devices and now on an estimated tiny 14%. That’s a lot of licensing revenue down the tubes and with a mobile platform that is only on 3% of smartphones.

Now with Windows 10, perhaps achieving status as a serious player, offering synergy and a uniformed approach across not just PC’s, tablets and mobile, but the Internet of Things, will hopefully make Microsoft a more desirable platform to create apps for. The strategy may just work if marketed and deployed successfully.

What does success look like? Doubling or tripling your share in smartphone penetration to some would be viewed as success, but is 6 or 9% penetration even enough in such a competitive landscape? I suspect not.

Reviews of the OS have been mostly positive so far, but social media is already abuzz with Windows 10’s error message, “Something happened”, as it features a flurry of initial bugs which will need to be fixed swiftly by Microsoft updates.

In order for Microsoft to make Windows 10 a success, consumers need freedom of choice and cross-compatibility, utilising devices and brands that they chose, with devices and software working in concert serving to enhance, not hinder the user experience.

As Wired magazine explained in its recent review of Windows 10: “The most important unknown is the one outside Microsoft’s control. How’s the Windows 10 hardware going to be? Microsoft needs its partners to make great desktops, all-in-ones, two-in-ones, tablets, and laptops. It’s made software that can do cool things, but who will make the hardware worthy of the software?”

The perfect software/hardware marriage is the panacea every tech giant wants to achieve but as humans, we are pre-disposed to never be satisfied. That’s what makes us unique, which reluctantly keeps tech evolving at a rate that many companies can’t feasibly afford to chase anymore, maybe?