Lifting the Lid on Mobile Engagement

Over the past five years, the mobile revolution has been well documented and explosive in nature. There are currently over 1.9 billion smartphone users globally and 33.4% of all web pages are served to mobile devices. Impressive figures ... 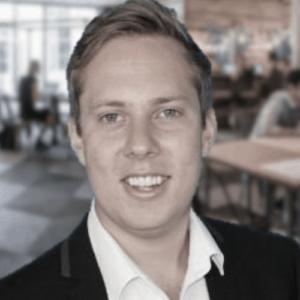 Over the past five years, the mobile revolution has been well documented and explosive in nature.

There are currently over 1.9 billion smartphone users globally and 33.4% of all web pages are served to mobile devices. Impressive figures considering that only five years ago those numbers were 470 million and 2.9% respectively.

Mobile devices have fast become an integral part of our everyday lives, serving a myriad of purposes from education and financial management to social engagement, entertainment, music and everything in-between. The possibilities for mobile seem as endless as our imaginations themselves.

The introduction of larger screens and mobile-optimised websites has positioned mobile as a primary web browsing method for consumers, perfect for on-the-go product research and online shopping.

Marketers have welcomed this surge in mobile usage and the additional consumer insights brought with it. Some are even adopting ‘mobile-first’ strategies, designing their campaigns, apps and m.content before producing correlate designs for traditional desktop browsers.

This increasing trend comes as no surprise as the number of global smartphone users is expected to rise to above 2.5 billion in 2018, and mobile accounting for over half of global web traffic by 2017.

There is however, one not-so-small problem. When it comes to conversions and purchases, smartphone users aren’t converting at the same rate as their desktop dwelling counterparts. Which begs the question why.

These statistics vary depending on location. US conversion rates for desktop are 3.78% with smartphones at 1%. In comparison, UK conversion rates stand at 2.88% and 1.06% respectively. Though they may vary, mobile still lags uniformly way behind.

Therein lies the problem: our mobile enigma. Why is there such disparity between traffic and conversions? Is it simply a lack of optimisation, user experience, context or trust? Or is there a larger, more complex force at play?

From the mass data collected thus far there seems to be two initial schools of thought emerging. The first is that advertisers are yet to discover the role mobile plays in the conversion path, with perhaps comparisons to desktop being inappropriate i.e. one complements the other rather than replaces.

The second theory is that advertisers simply haven’t yet adequately optimised mobile engagement to facilitate purchases in the same manner they have with desktop to date.

A recent study from Deloitte explores the first thought wonderfully. Their study showed that consumers who used digital mediums such as smartphones before and during their shopping experience converted at a 40% higher rate than those who didn’t. However from an attribution perspective, this influence isn’t being captured as a driver for the transaction and is possibly emblematic of the problem. Are mobile conversions being misrepresented in our online world?

Whilst concrete conclusions from this data are still relatively hard to come by, the starting point in solving this challenge is unanimously agreed upon. In order to solve this mobile enigma we must, as was once famously uttered, seek first to understand.

Deploying a robust and rapidly evolving enterprise-grade tracking technology that enables advertisers to understand – in an agile way – how consumers are utilising the myriad of marketing channels and mediums at their disposal is paramount. This insight will directly guide where brands can be engaging across paid, earned and owned media effectively throughout the buying cycle of each customer segment.