Why Growing Concerns Over Ad Viewability Work in Mobile’s Favour

Citing concerns over viewability, Kellogg’s recently slashed its spend on video ads running on major publishers like Facebook and Youtube. It marks the latest instance of the growing trend of brands rejecting certain online advertising methods over not knowing ... 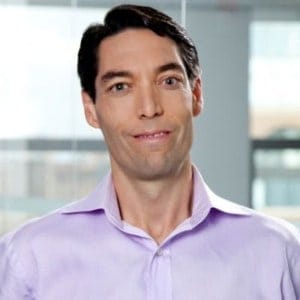 Citing concerns over viewability, Kellogg’s recently slashed its spend on video ads running on major publishers like Facebook and Youtube. It marks the latest instance of the growing trend of brands rejecting certain online advertising methods over not knowing who—if anyone—is seeing their placements.

This move comes despite Google announcing a 91% viewability rate on Youtube video ads, a marked improvement on the 46% viewability rate attached to commercials running elsewhere. However, the claim is not without its detractors, as Google, like other major publishers, does not allow brands to use third-party viewability services to track and verify campaigns. Taking Google at their word doesn’t seem to be an option.

“We’ve always been clear with all partners across the digital ecosystem that as a principle we want to measure our investment and if we can’t measure it, it’s hard to justify the investment,” said Aaron Fetters, director of Kellogg’s global insights and analytics solutions center.

Viewability: The ‘in’ word

The problem of ad visibility isn’t just relegated to video either. According to a recent report by Google, an estimated 56 % of banner ads, the most pervasive form of online advertising, go unseen. Google claimed that this new insight came from “the advancement of new technologies,” making it not altogether unreasonable to assume that viewability has always been an underlying problem, but the scope has only just been realized. This would certainly help explain the recent, and sudden brand exodus from certain formats and publishers.

When it comes to mobile, the assumption is that viewability issues are similar to those of the desktop. It’s likely that ads served on the mobile web run the risk of going unseen at more or less the same rates as those run on a desktop browser, but dismissing mobile entirely over reservations about the mobile web is ignoring a huge component of what makes mobile, well, mobile.

Of the 117 (and growing) minutes spent per day on mobile devices, 87%, or more than an hour and a half, is in apps—not the mobile web. With a very miniscule exception (which we’ll touch upon later), apps need to be launched by a person, ensuring that virtually all in-app ads are shown to live human beings. And unlike the desktop browser – where ads running below the fold run the risk of never being seen – in-app ads, be they video, banner, or any other form, are served on the visible screen.

All of this together means that you can virtually guarantee a high rate of visibility on mobile and the success can be tracked.

But like most things in digital marketing, successful viewability isn’t as cut and dry as whether or not a consumer viewed an ad. We must also consider fraud.

There are, of course, other ways to commit fraud, but the point remains that viewability fraud is highly prevalent among desktop advertising. This is not the case on mobile, for a few reasons.

First, there are zero cost-effective means in which to commit viewability fraud on mobile. As I alluded to earlier, bots can perform the action of launching an app, but doing so requires building of fake mobile IDs which are used to track users in mobile advertising.

That is a cumbersome process, and even if done, any well-run marketing campaign limits impressions per user anyway, effectively rendering any falsified IDs quickly useless.

Fraud on the mobile web is possible much as the same way it is on the desktop, but again, the mobile web occupies such a little amount of total mobile consumption when compared to apps, that any fraudster would find it not worth their time.

Second, most mobile advertising is performance-based and built around optimizing to the best performing sources. So any fraudulent (and therefore poorly performing) traffic source would quickly be removed from a mobile campaign. Impressions may be high, but if the clicks, installs, or purchases aren’t there, then it isn’t worthwhile.

Fraud prevention is a byproduct of an effective mobile campaign.

In his role as chief strategy officer at Fiksu, Craig is responsible for overseeing Marketing, Business Development, and Performance Operations – the team that manages media buying and optimization. According to Craig, a big part of his job is making sure his teams have clear goals and the resources they need to achieve those goals.