The Internet of Things Will Demand a New Marketing Paradigm

The Internet of Things (IoT) will soon be a reality. Marketers are already scheming about new ways to serve ads in a hyper-connected world. But the IoT is a lot more than just a better toolbox for targeting and pushing ... 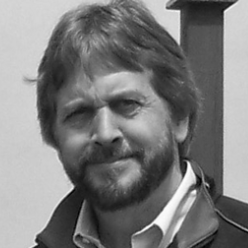 The Internet of Things (IoT) will soon be a reality. Marketers are already scheming about new ways to serve ads in a hyper-connected world. But the IoT is a lot more than just a better toolbox for targeting and pushing messages. The IoT is the promise of a revolution in the way the physical connects seamlessly with the virtual; it is the new DNA of a connected world where intelligence is derived from all of the objects that surround us and then turned into value for both vendor and consumer.

But like all revolutions, the IoT also demands a paradigm shift, because if marketers approach the IoT as just another ad-serving or retargeting platform, brands become stalkers, and the value and scope of all this intelligence could instantly become commoditised.

How marketers talk about the IoT today

Your car signals that it needs an oil change. A nanosecond later, local mechanics respond by bidding on that opportunity. Your light bulbs are about to reach end-of-life, and so you get a coupon as well as an in-store reminder when you visit your local Home Depot. Your running shoes are old, and following your next run your FitBit recommends a sale at Olympia Sports.

To a marketer, this may sound like Nirvana. But to the consumer, this version of the IoT where shoes rat you out so you buy a new pair, sounds as creepy as a Philip K. Dick novel. Creepy or annoying, before the “wow factor” wears off, bombardment is sure to follow.

So, for a moment, imagine a world where every day something you own tells you that it needs to be repaired or replaced. Now imagine that several devices out of the hundreds you own are chirping away at you on a daily basis with offers.  How long before those customised offers fade into a blur of wall-to-wall noise? And how long before the exponential increase in carpet bombing of consumers with promotions turns the value gained from IoT intelligence into a super-charged consumer nightmare?

The answer to these questions may turn on how our current understanding of digital privacy and tracking evolves. At the moment, marketers set the rules of the road for consumer engagement.  But this may not necessarily be the case in an IoT future.

According to a Gartner forecast, 25 billion connected devices will make up the IoT by 2020. That translates to three devices for every person on the planet and as many as ten times that number in developed (as in always-on internet enabled countries). You may already have a connected thermostat or an internet-enabled fridge, but you’ll likely have dozens, or even hundreds, of connected devices long before we reach 2020.

Consumers will quickly realise that whatever method they used to protect their privacy will be ill equipped to cope in a connected IoT world. Managing privacy settings — whether through opt-ins or explicit opt-outs — is already unwieldy and largely illusionary.  Ask anyone who uses Google or has a Facebook page. But as connectivity increases exponentially, who is going take the time to register, opt in, or opt out of sharing a data feed that is coming from our shoes and light bulbs?

The nexus of interaction between a user and their online interests today is mapped from a device—desktop or smartphone — and imbedded into a cookie.  That cookie or universal ID (as some like to call it) can often be the sole linkage between a specific user and a specific product.

When specific users were tracked from site to site and brokered around the ad-tech world as a commodity, it raised concerns with federal regulators and privacy advocates.  Industry self-regulation and a proposed de-identified cookie match process has muffled some of these expressions of concerns, but the scale of the IoT signals changes in the rules, and the scale involved potentially breaks the cookie model once and for all.

Putting aside the technical limitations of the cookie (a coding convention that only covers 20% of unique users and doesn’t really work beyond the desktop), attempting to scale cookies to address IoT feeds for an ad-tech model would expose individual consumers to a constant bombardment of ads as well as track them and monitor their product and usage patterns with a high degree of precision.

Today, online targeting has been through a process of determining “who” the user is and then using their attributes to create demand and build a sales funnel they will eventually march through until the sale is closed. In the IoT world, a fully connected user is defined by “where they are” and “what” they need as much as who they are. By default they are closer to the transaction because there is a prior need (or demand) established by their interaction with their devices. They are closer to changing the oil in their car and closer to buying a new pair of sneakers.

In the IoT scenario, context is everything. Where you are and what you interact with establishes context—context at a scale that shields individuals from intrusion and puts what they care about directly in the decision-making path. Intelligence is defined at the point of connectivity. The IP address responds to the signal(s) associated with location and context, allowing us to respond to “what” the signals says and where it happens.  An analytically scored IP tells us not just what message is appropriate, but if any message is warranted in each context. Because the IP address, when enhanced with the right kind of data, is no longer about the person, it’s about the location and the experience.

Ray Kingman has been at Semcasting, Inc. since its inception, leading the company in the development and commercialization of its automated targeting and data offerings. As an experienced innovator in content management, analytics and data visualization fields, Ray directs the day-to-day operations of Semcasting, Inc.