A Matter of Definition: Is a Tablet Truly a ‘Mobile Device’?

We have long championed the growth of mobile marketing at Affiliate Window, and have been recording data by device type for the last five years. In January 2011 only 2% of sales came from tablet and mobile, whilst last month ... 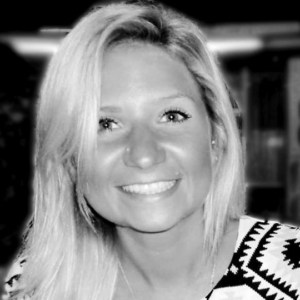 We have long championed the growth of mobile marketing at Affiliate Window, and have been recording data by device type for the last five years. In January 2011 only 2% of sales came from tablet and mobile, whilst last month the network recorded 37.4% of sales originating from a mobile device. These numbers speak for themselves when demonstrating the growth of mobile within the affiliate channel.

But what are we referring to when we use the terminology ‘mobile device’, and is it right for the industry to group different devices under the ‘mobile device’ umbrella?

Typically ‘mobile device’ refers to smartphone and tablet collectively. However, there are several factors that could suggest these device types bring about very different consumer behaviours. It’s worth asking therefore, whether advertisers and publishers should be differentiating between these different device types and devising distinguished marketing strategies for both smartphone and tablet.

Internet access is imperative for consumers to be able to browse and purchase via any device. It isn’t surprising then that Ofcom recently reported that consumers selected laptops as the most important device for accessing the internet. This was closely followed by smartphones with tablets arriving as the fourth most important device, behind desktop.  The responses varied by age, though smartphone took the lead as the most prevalent device for internet access amongst 16-24 year olds.

It can be safely assumed that most consumers will have data on their smartphone as part of their monthly contract, however tablets are often bought without a contract or any monthly data package.  Instead tablet owners use their tablet at home or work or at other locations with Wi-Fi access. This suggests that a tablet is not a true mobile device, as those that solely rely on Wi-Fi access arguably don’t have the opportunity to use the device ‘on the go’.

Another important factor that contributes to the ease of using a mobile device ‘on the go’ is the tablet size.  These can range from between five and thirteen inches, with the most common being approximately 10 inches.  The average size of a man’s pocket is only 6 – 7.5 inches, so it would be difficult to carry the tablet around in the same way as a smartphone.

Contrary to this, there’s an emerging trend of larger smartphone displays, known as ‘phablets’. The most recent iPhone 6 plus measured 5.5 inches though is still only half the size of the average tablet, and can fit comfortably into the average pocket.

Looking at our device data, it’s interesting to understand which types of products are being purchased across different device types. Sectors such as personal banking, airlines, utilities and DIY come out top for desktop devices, so it’s no surprise that consumers do not wish to purchase larger or more costly items on a mobile device. Top sectors for smartphone include gambling and competitions, dating, group buying, PC and video games, shortly followed by womenswear and shoes. These products are cheaper, less thought-out purchases, or perhaps necessary based on time restraints, to complete ‘on the go.’ Top performing sectors across a tablet device based on sales include mobile broadband, toys and games, furniture and soft furnishings, and local holidays. The top performing sectors on tablet are similar to those on desktop, including utilities, travel and DIY and homeware, drawing closer to the conclusion that behaviour on a tablet mirrors desktop behaviour over true mobile, smartphone behaviour.

It’s also important to consider AOV by device. In Q1 2015 we saw smartphone AOV at £51.13, whilst tablet was at £76.53 and desktop remained the leading device at £88.73. This is not surprising as consumers are still gaining trust in their mobile device and are naturally more likely to complete less considered purchases on the go, or on a small screened device. The fact that tablet AOV is much higher than smartphone and closer to desktop may lead to the assumption that a tablet is not a true mobile device. However, arguably tablet owners are on average more affluent than smartphone owners.

We recently ran some analysis on a large retail brand who is integrated on the Affiliate Window cross-tracking solution, and identified some interesting trends based on the time consumers are browsing and purchasing by device. Over 10% of sales which started on a smartphone during the week had the initial interaction before 8am, this percentage lowered to 7% at the weekend. It can be presumed that browsing behaviour increases during the week as people often start their shopping process during their morning commute to keep them entertained. Only 6% of sales which started on a desktop device had the initial interaction before 8am during the week, this percentage is the same for tablet. This confirms as previously identified, these device types are more difficult to use ‘on the go.’ Desktop, drops to under 5% at the weekend. however for tablet sales this rises, albeit by 1% to match smartphones at 7% before 8am during the weekend. Whilst a tablet cannot be categorically named as a true mobile device, it can follow similar consumer behavioural trends to that of the smartphone during different times of the week.

Therefore advertisers and publishers should consider dividing any overarching mobile business strategies, to offer a bespoke strategy for smartphone and tablet based on how your consumers are interacting with your brand across each device. Our cross-device research demonstrates that it’s rare for any consumer in this day and age to be interacting with only one device type throughout a consumer journey and therefore ensuring your strategies are fluid enough to be executed cross device is fundamental for success in today’s world of commerce.

Ultimately the most important objective for any business is to reach the right customer, at the right time, and in the right place and in order to help achieve this, advertisers should relish the granular data available by each device type as individual marketing channels. There are never disadvantages or regrets as a result of recording, analysing and drawing insights from increasing and more granular data.

Joelle Hillman is a Team Leader at Affiliate Window and has been with the company since November 2010. Joelle spent 18 months within the Publisher Services department before moving over to the Key Accounts department and now oversees a variety of advertiser accounts, predominately across the retail and travel sector. Joelle’s four and a half years industry experience has allowed her to acquire a great depth of knowledge, experience and relationships within the channel, allowing her to provide a layer of strategy into the advertiser accounts within her remit.