How Native has Become the Premium Advertising Option for Publishers

With limitless content throughout the web, and the easy positioning of ad slots, display advertising has become the most ubiquitous element of the online media industry. But display advertising’s tremendous scalability has led to plummeting yields for the people ... 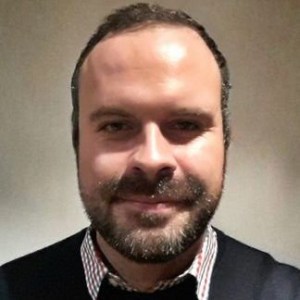 With limitless content throughout the web, and the easy positioning of ad slots, display advertising has become the most ubiquitous element of the online media industry. But display advertising’s tremendous scalability has led to plummeting yields for the people who provide the content in exchange for a long tail of microtransactions for the platform providers. Once again, we’re reminded that those who hold the technology ultimately win the revenue.

The weak maths of Adsense

If you own a website using Google Adsense, you can expect yields to be about £1 CPM. That means about 10 million monthly pageviews to drive £10,000 worth of revenue – a significant and high risk undertaking for anyone who is brave enough. But if total pageviews cap at 10 million, it’s likely half or more will come from mobile and won’t be fully monetised. If you were running a publishing startup relying on display, the maths simply doesn’t add up; the costs of gaining a captive audience driving some 20 million pageviews a month seem too high.

Established media brands can usually charge a premium on their advertising inventory vs. display networks like Google, but there’s further technological problems in this – programmatic ad buying and retargeting. Brands charge premiums because they can claim they have a highly defined group of users on their websites.

But given the availability of information on online users as they surf the web, combined with the ability for ads on multi-site platforms to target such users and different periods in the buying funnel, there is a serious challenge to premium inventory on established media websites. If you were an advertiser – why would you pay a premium for one brand only able to target one set of users, when you could pay less for technology that targets many different demographic types at different buying stages? It does not make a great deal of sense, and so the ability of established publishers to charge premiums is waning.

Because of the reasons above, publishers face significant economic challenges in making a display only commercial strategy work. But they also face further pressure from the buyer’s market in that many buyers (particularly agencies) are growing tired of display’s weak performance when compared to other online advertising mediums like search. Marissa Mayer, the CEO of display advertising giant Yahoo! has pointed out that, ‘There’s this notion of the internet with content in the middle and stickers around the edge.’ It’s a nice framing of the reason why display advertising has such poor engagement figures. A much shared quote around this issue is ‘You’re more likely to survive a plane crash than click a banner ad’ – although the statistics of this point don’t add up, it really reflects the disdain felt by an industry.

Native advertising is not a new format – essentially it is advertising that positions itself as content –the magazine ‘advertorial’ is the most recognisable example.

With the challenges for display, the trend is that we are likely to see far more of these promotions online. AOL expected that native advertising would generate 40% of revenue during 2014. Social publishing giant BuzzFeed’s commercial strategy is almost entirely based around native, and drove revenues of $120 million during 2014.

Of course, native advertising is not ubiquitous or easily replicable – the creative is also much more under the control of the company creating the content (agency or publisher) vs. the replicated creative provided (agency and/or brand) in banner ads. For this reason, publishers are once again eyeing a promising premium for their efforts.

The growth of the publisher / agency

One of the key problems that publishing faces is a kind of ‘death by a thousand cuts’ – online content is so easy to produce that anyone can be a publisher (blogging platform WordPress is famed for a five minute installation process). Bloggers and new websites can enter the market easily – they can create challenges to audience share and thus display revenue.

But established publishers have four key things that smaller new entrants cannot replicate without significant investment (very challenging, given the conundrum publishers are facing above):

Established publishers thus have a commercial advantage over smaller websites that cannot create a native advertising strategy due to their small size and structure. But we can also see that a collaboration of the above is a kind of creative solutions agency with a positioned distribution arm. This is something agencies themselves lack and so another competitive advantage. Given agencies have free reign to distribute content within social networks.

BuzzFeed’s strong performance in this area has already been noted, but perhaps the most interesting element of their approach is in their emphasis on video production, with over 150 staff creating over 50 videos a week. Many of these videos are created along with partner – essentially being branded content. BuzzFeed then uses its extensive reach on its websites, and more importantly, on social networks to drive engagement.

VICE Media is another major publisher known for making native video work. Their drive to dominate social news reporting has led to major gains in branded content revenues, and the business was reported to have driven as much as $500 million in revenue last year. In short, video is a difficult to create, yet easily distributable content format (when you already have a large reach), and very attractive option for publishers looking to gain greater revenues from native advertisers.

While publishers will be looking to diversify revenues beyond advertising in the coming years (think events and ecommerce), when it comes to advertising native is giving promising indicators for growth. The success of BuzzFeed, VICE and the increase in revenue share in large publishers like AOL and Yahoo! are making it clear that there is an appetite.

Anyone can set up a content website and deploy display advertising, but native gives an important distinction between premium content creators who can create engagement for brands.