Amit Kotecha: Relevancy is the Key to Great Display Advertising

“Nobody reads ads. People read what interests them. Sometimes it’s an ad.” The above quotation comes from Howard Gossage, an advertiser during the ‘Mad Men’ era – known by a few as the ‘mad man’ who changed the world. Gossage ... 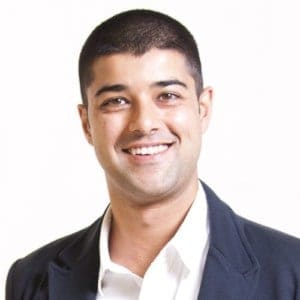 “Nobody reads ads. People read what interests them. Sometimes it’s an ad.”

The above quotation comes from Howard Gossage, an advertiser during the ‘Mad Men’ era – known by a few as the ‘mad man’ who changed the world. Gossage used words such as ‘interactive’, terms like ‘communications platform’ and believed in having a conversation with the consumer – he put the customer first in an advertising industry pushing the dream.

For the burgeoning online advertising industry, almost 60 years later, this is still an incredibly important idea and relevancy to the consumer is more crucial than ever.

In the Mad Men era, the job lay in figuring out what would interest people and where to place the ad – but as there were only a few media channels in which to place ads it was not too challenging to pick the right one.

Now though, while the creative is still paramount, there are hundreds of millions of touchpoints across the Internet, TV, radio and print. The new world demands a new strategy driven by real-time advertising and the best results will come from a brand working with their ad tech provider at the earliest planning stage possible.

Revolution in the advertising industry

If a brand shows an advert on TV then there is a good chance that if it isn’t entertaining or useful it will not be watched – and the advertiser will never even know. The traditional model is terribly wasteful and offers no guarantees on who gets to see the ad.

But digital advertising is presenting brands with another option, namely that of buying single ads based on the person who will see them. Real-time bidding has revolutionised the way that advertisers can buy ads because the advertisers can now see and track an action prompted by someone seeing the ad.

The data provided by tech partners means brands will know where to find an audience at a time when they will be most receptive to the message. There is no point in creating a brilliant, relevant ad if you cannot find the right audience.

The ingredients of great advertising

What an advertiser needs to do is bring their ad tech provider into the mix earlier in the process. Contextual data allows for deeper segmentation of the customer base. Serving the same ad up to all of a brand’s customers will not deliver great results. The data allows advertisers to really develop one-on-one ad conversations with different groups.

Traditionally an ad tech partner enters the fray late on in the process, serving the ad and nothing more. The issue here is that the granularity of data allows for incredibly accurate targeting of niche segments of the population yet commonly few creative options are supplied. For instance, all mums are not the same – some might have twins or children at very different ages yet they will all be shown the same ad. By feeding in the data early on, advertisers can identify those different groups within each campaign and consequently multiply the relevance of not just their online advertising but across their entire marketing mix.

Let’s consider an example; as a large advertiser I use different providers for all my advertising needs – a creative agency for ad creative (display ads, billboards, print, TV etc.) and several different providers for my digital channel. Those providers spread across mobile, both web and app, and display, targeting different pieces of the funnel for each consumer. Let’s not forget the countless providers I have working in the offline world. Providers serve the ads I send them on their assigned platform.

Instead of creating a feedback loop I have created a one-way ad production system whereby I entrust the creative agency to build ads based on a finite amount of information and then use tech providers as ad servers. By bringing my tech providers in earlier in that process, I can use their data to inform my creative decisions and close the feedback loop. I use the real-time feedback from my online activity to influence not just my online ads but my print, TV and even product decisions. I increase relevancy at no extra cost.

In the fast paced world of algorithms and acronyms there are only three factors that mean success for advertisers: right ad, right place, right time. Why not let the data lead you to all three?

Amit leads the European marketing strategy for Quantcast, a technology company specialising in real-time advertising and audience measurement. Amit's role at Quantcast encompasses trade marketing, product marketing, PR and communications for the business. As well as coordinating new product launches and providing sales and operations support across the region, Amit is in charge of building the Quantcast brand throughout Europe. Prior to joining Quantcast in 2012 Amit worked at the Internet Advertising Bureau UK where he was responsible for launching the Display Trading Council. This Council was responsible for providing clarity and helping the digital industry understand the benefits and strengths of real-time advertising.