Sandra McDill: Why are Women Not Getting to the Senior Positions in Our Industry?

This weekend, history was made as the women’s boat race was given the same course as the men’s race and televised for the first time. Women’s rowing was previously deemed “unladylike” and it is remarkable to think ... 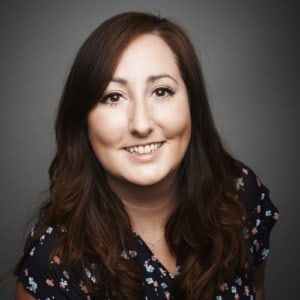 This weekend, history was made as the women’s boat race was given the same course as the men’s race and televised for the first time. Women’s rowing was previously deemed “unladylike” and it is remarkable to think that until a few years ago the women’s clubs were organised by volunteers. Fast forward to 2015 and with the help of investment from Newton Investment Management, another sport has found equality.

Chief Executive of Newton, Helena Morrissey is also the founder of the 30% club, aiming to have 30% of women on FTSE-100 boards before the end of this year. The organisation has made great strides over the last few years in supporting and encouraging change in companies around the world. Quite simply, they believe that gender balance at board level will create stronger, more profitable organisations.

Until recently, I thought that the performance marketing industry was one of the most diverse when it came to gender equality. In the 11 years I have worked in the sector I have seen countless impressive women go on to fantastic senior positions at affiliate networks, agencies and of course PerformanceIN. However it was organising a panel for International Women’s Day last month that I started to question this belief.

It began when I started to think about women I knew who could join a panel to talk about their experiences to inspire the next generation of women at our agency. My usual contacts were called and emailed, and a number of people were already speaking at or attending similar events. So I turned to the trusty black book of contacts, LinkedIn, for inspiration from the thousands of people I have connected with over the years. Very quickly I noticed for the first time that I have very few female contacts and those that I did have were all in more junior positions than men. A quick filter of CEO titles revealed that of the 82 CEOs I am connected with, only 13 of them are women.

This led me to question why. Was this just a reflection of my contacts? Yet a few recent conversations with other female leaders in their organisations revealed that they have had similar revelations. We just do not seem to have as many women getting to the top as we do men. Now I appreciate that in some instances women have had to deal with sexism in their organisation, where men have been favoured over women for roles based on their gender and not their abilities, and I hope that a sector like digital marketing will continue to stamp that out at every turn. But in my experience, at the companies I have worked in, this has not been the case at all, and my female counterparts agreed. So why are women not getting to the senior positions?

Looking back to my panel selection I remembered a few of the people I asked that turned me down. Women who I have worked with for years who said they did not feel they had a story to share, or that they were not senior enough to talk in front of 50+ people. It made me wonder what answers I would have received if I had asked men to join a panel to talk about their role. I know in the years I have spoken at events, the majority of the time I have been the only woman on the panel, and sometimes the whole day’s agenda. Was it therefore confidence holding women back, not just from putting themselves on a stage, but up for promotions and new jobs in more senior positions?

At iProspect last year we launched a new group called Confidence Code, aimed to inspire women from across the agency at all levels. We want to ensure that everyone who has the skills and motivation to want to succeed also has the confidence to reach their potential, whether that is from mentoring, training or hearing the experiences of their peers.  I think it is important to acknowledge that there is still an issue with the number of women in senior positions, but it is also important that we do not lean too far the other way, creating a barrier for men to have access to similar schemes. This is why our scheme is also open to men.

If you think back to the boat race, the attributes of the winning teams were their passion, drive and training to win those races. I think the best thing I can pass on to the people I manage and mentor is that anyone who wants to achieve success should not focus on their gender, but on how they confidently, passionately strive to be the best they can be. They may never win the boat race, but they might be a future CEO in digital.

Sandra joined the iProspect Exec board in 2014 as Managing Partner Direct after having worked across the performance digital industry for over 10 years.  Previously VP Global Clients for Attribution specialists TagMan and Client Services Director for performance company tradedoubler, her client portfolio has included brand heavyweights such as Apple, Sony, Samsung, John Lewis and Vodafone. Sandra regularly speaks at industry events across a wide range of digital marketing topics, lectures for several universities and industry accreditations and holds a Master's Degree in Marketing.