In this week's masterclass Fliplet’s Ian Broom explores five ways to master mobile app creation.   More people than ever are using smartphones and tablets to access the Internet, make purchases, communicate with others ‘socially’ and to go about ... 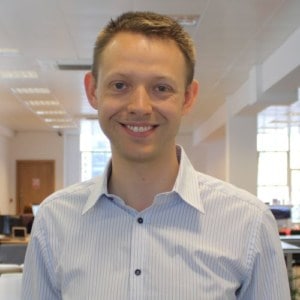 More people than ever are using smartphones and tablets to access the Internet, make purchases, communicate with others ‘socially’ and to go about their daily work. It is estimated that in 2015 the number of mobile workers in the world will surpass 1.3 billion, and by 2020 smartphone penetration is expected to reach 6 billion. With such a rising tide in mobile usage, businesses that turn their backs on a mobile-first strategy do so at their peril.

This digital evolution has also sparked a growing importance in the creation and use of apps – from being a quick, convenient and slightly ‘trendy’ access portal to now being a central part of marketing decision-making.Mobile app usage in the US last year grew a staggering 76%, with the biggest growth categories in Lifestyle/Shopping (174%), Utilities/Productivity (121%) and Messaging/Social Media (103%). To put that into context, 68% of mobile users now engage with a brand via their app, versus 32% who do so via the mobile web.

This appetite for apps is equally healthy in the UK; in terms of the global app-related purchase market, the UK ranked number four and number five in terms of revenue generated by country for the two main app stores.According to the latest consumer attitudes report by Ofcom, UK users now prefer using apps for gaming and downloading videos and music, and half of app users who look at news said they prefer to use an app rather than a browser (50% vs. 36%).

We also know that with this voracious appetite for apps, there comes a lot of wastage, with the vast majority of apps deleted within a few weeks of being downloaded. So how can a business ensure their apps deliver in terms of brand awareness, driving sales and marketing leads and/or improving operational efficiencies? Here are five tips I would recommend when it comes to creating an app.

Essentially, the best place to start is to get a better understanding of your potential app marketplace. There are several tools on the market that can help. One of the better known ones is App Annie. This is a platform that can analyse app market data alongside app usage and also gives you feedback on demographic usage data. It allows you, for example, to search keywords to see what sort of apps and topics people are searching for in the app store. This can help build user profiles and help you better target your customer base more accurately. Another useful tool is Flurry Analytics, a platform that will give you feedback on both your app performance as well as user acquisition and activity.

These tools are also extremely helpful in helping you understand what content is going to be most effective for your app. To further test demand, it is always wise to consider creating a prototype app before fully investing your time, money and effort in a full version, as this will often provide the most valuable data either via direct feedback or through usage analytics.

As with anything in the marketing discipline, it is important to include measurements that allow you to feed back into the control loop. To which end, mobile apps can provide a wealth of user data that would be far harder to obtain from other channels and devices. For example you can gather data about where people are using your app via GPS coordinates embedded in your mobile devices, offering rich insights into consumer behaviour. So when creating a mobile app, it is a good idea to decide from the outset what information you want from users, and how you are going to mine that to optimize app engagement and downloads going forward.

A mobile apps gets carried around by users wherever they go (assuming they haven’t deleted it), so it really is a great tool to gather large amounts of data from individuals over a long period of time, providing possible insights into how user interactions change over the long term.

Data is key to building sustained engagement and loyalty.

Design can have a huge impact on user engagement – at the heart of which sits good content that will provide value or benefit to the user. How will your app benefit them and their lifestyle, and what’s going to spike their interest? In terms of the visual aspects, different device formats require different designs and often each device attracts different user behaviour. A standard ‘across the board’ app design simply will not work.

In general, apps respond a lot faster than websites. The web has taught us to be concerned about the number of clicks we make users go through to find what they are looking for – the opposite is true on mobile. On mobile it is imperative to keep information short and to divide it up into several screens. Users are generally happy and even expect to tap around quite a bit. For this reason using animation, effects and other interactivity in your mobile app design to reward people each time they tap, encourages engagement and is therefore likely to increase use of the app.

That said, time management does need to be a factor when it comes to design – particularly from a technical perspective. An average app session lasts little more than one minute at 71.56 seconds, so it still needs to be designed in a way that provides quick value to the end user. It is therefore important to think about whether a particular design will impact app performance. Hi-res images may be more aesthetically appealing but they can often slow an app down dramatically. It’s a good idea to cache data locally to ensure you can provide an instant response to any user query instead of relying on a good quality internet connection, and it means the end user experience won’t be as affected if their device can’t connect to the internet.

Why does all that matter? Poor app design can lead to poor user engagement, apps being deleted quickly, your ratings in the app store being downgraded and subsequently low download figures. All of which has an impact on how you are perceived by customers.

When designing an app, it’s important to decide the different technology options that are available – whether you go for a mobile optimised website, a native app or even a hybrid app.

If you think speed and having access to local device functionality and your information whilst users are offline is going to be most important, then an app version is definitely preferable to a mobile website. If you think offline data would not add value to the user, such as a banking app with current balances, then a browser version is probably more suitable.

In general, native apps offer better performance but they require sophisticated development skills. They are, however, great for games and apps that require complex data processing or 3D animation because they can be optimised explicitly for different mobile devices. Hybrid apps tend to be easier to develop and maintain, and many believe this is where the big growth area lies in apps. According to Gartner by 2016 50% of apps will be hybrid.

And the last piece in the jigsaw is functionality and deciding if your app is going to be used for internal or external use.

If you are going to create an app for internal use then you need to think about data security – how can an enterprise potentially share highly sensitive information between employees without compromising security? Internal users however will be more forgiving of design aesthetics if the user case is compelling enough. If you are providing value to businesses, for instance helping to improve efficiency levels, then design and wow factor do not need to be as polished. And, although internal apps might at first appear to be difficult to justify, they have many advantages. They give you an opportunity to harness all the advantages of enterprise apps, for example increasing employee productivity, impressing potential and existing clients and facilitating lead generation for new business.

If you are entering the hugely competitive market of external apps, whatever you create must deliver value to the end user. Think about what your unique selling point is. Whilst creating a successful app can be extremely tough (apps can be easily lost in the noisy app stores), the opportunities to enter large markets and reap the returns are huge.

Ian Broom is the founder and CEO at Fliplet. Fliplet is an app creation platform which has the goal of making enterprise apps easier and more cost effective for companies to build and maintain. Since its launch in 2013, some of the world’s leading brands including Marriott, Mars and Xerox have used Fliplet to build and maintain their own enterprise apps. Ian founded Weboo, the company that created Fliplet, in Australia in 2002 and opened the London office in 2009.