When it comes to video ad campaigns, we all have one goal – to get as many people as possible to watch as much of a video, ideally to completion. But, how can you optimise your campaign and improve viewability to ... 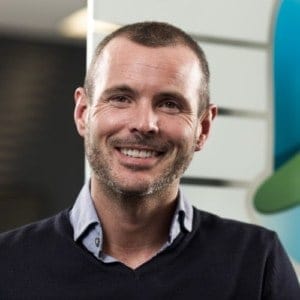 When it comes to video ad campaigns, we all have one goal – to get as many people as possible to watch as much of a video, ideally to completion. But, how can you optimise your campaign and improve viewability to achieve this? We turned to Nick Reid, the UK managing director of TubeMogul, to get his top tips.

Programmatic is more than just auction-based buying. It is the use of software to drive more control and accountability in the buying process of reaching audiences on any format or device. It is the automation of buying on open RTB inventory, alongside fixed priced, programmatic direct inventory. The beauty of programmatic is that you control your metrics and apply them to brand objectives. A programmatic platform will allow you to set goals based on numerous parameters (i.e. performance and cost metrics, viewability, player size and completion rates). You can increase efficiency, not just in the process, but also by having global frequency capping, or by limiting your on-target audience wastage. Everything should be completely transparent, with site-by-site reporting allowing you to dial up or dial down investment on individual sites based on performance. It’s about consolidating all of your buys onto a single platform, so that you have a much more holistic approach when it comes to planning, buying and optimising your campaigns, through a software platform.

Additionally, your finance team will love you because you are only dealing with one invoice as opposed to multiple payments to endless suppliers. By letting the platform auto-optimise based on the input goal requirements, you can deliver on your campaign objectives.

2. Use a single platform

Performing all of your campaign buys from a single platform is key. While you might be tempted to work with a series of platforms because they are offering advantageous rates or access to specific inventory, eventually you will find that this backfires and duplicates the effort and opportunity. Why? Because a single platform gives you the ability to compare like-for-like in real-time. You can look at a YouTube placement and balance it against a placement on an open inventory or a mobile to see what’s really delivering views, clicks and engagement. And once you’ve done the comparisons, you should adjust the spend based on what’s giving you really strong brand awareness and engagement. A good programmatic campaign will involve analysing the data on a frequent basis. If you have to switch back and forth between various platforms, you’ll be wasting precious time in terms of both looking at the numbers and making the necessary adjustments to your spend.  By having a number of different platforms, you are not delivering on the promise of programmatic – driving efficiency through software.

In order to optimise effectively, you need data – and you need it at as granular a level as possible. Demand publisher level transparency. Instead of buying from an ad network, work with a platform that reports down to the site level in real time. And then ask for more. Look at gender, location, age. Ask what the platform or site thinks of as a ‘view’. Only by making adjustments at the site level can you ensure you are optimising your campaign as much as you possibly can. Transparency is about knowing where your ad is running, knowing the price you are paying for it and being able to evaluate on a site by site basis.

Campaigns succeed or fail in the way they are set up. This has a lot to do with the optimisation strategies you build and plan, but really it starts with the KPI’s you put in place. Whether that be ad server metrics, such as completion rates, cost per view, on target CPM or viewability – or more traditional brand metrics, such as brand uplift, recall or purchase intent. All of which are key to not only enabling you to achieve success, but also in helping you understand when you have done so. It’s also important that you don’t have campaign KPI’s which contradict or compete with each other, such as completion rates and click through rates.

The important thing to note here, is what the definition of viewability actually is. It is not whether a person has seen an ad, more it is a metric for measuring whether a purchased digital ad had the opportunity to be seen by the viewer. The MRC defines video viewability as a minimum of 50% of pixels in view for two consecutive seconds.

To ensure viewability, it’s vital that you know what affects viewability and more importantly, what you can do to drive viewability. If any platform promises that they can deliver 100% viewability, then they are lying. Ad blocker software, human nature to switch tabs while a video is running – and even leaving the room to get a cup of tea, all contribute to reduced viewability.

It’s important to be able to track viewability, but then also to be able to take action on the matter. We feel the best way to do that, is by using player size as a proxy for viewability – why? Because, pre-bid and you can start to use player size, as a proactive, pre-serve metric. This enables you to take the challenge on when you start your campaign, not at the end when it’s too late. In the UK, ensuring your ad is viewable, means you need to look at placement level (making sure your ad is above the fold of a page) as 20% of non-viewable impressions are due to a video not being in view when a user goes to a website.

Nick Reid is the UK MD of TubeMogul, the leader in programmatic video advertising which launched in 2006, enabling the world’s largest brands & agencies to centralise their video advertising. Nick has 13years’ experience in the advertising and media industry, having previously headed up IgnitionOne; UKsales for MySpace and digital sales for EMAP Publishing.