Google+ has irked us for some time now. Some view it as a platform that is haunted by potentially false idols – with some claiming that it is great for your SEO, whilst others see it as an engagement graveyard. The ... 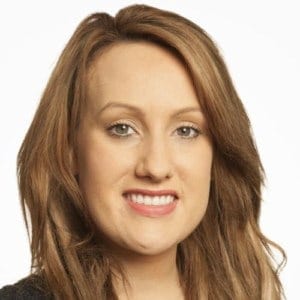 Google+ has irked us for some time now. Some view it as a platform that is haunted by potentially false idols – with some claiming that it is great for your SEO, whilst others see it as an engagement graveyard.

The most recent announcement has seen Google split the G+ product into ‘Photos’ and ‘Streams’ – leading to a change in approach by the platform. “I think increasingly you’ll see us focus on communications, photos and the Google+ Stream as three important areas, rather than being thought of as one area,” says Sundar Pichai, Google’s senior vice president of Chrome, Android, and apps.

Whilst that is at least an update on the platform, the truth is that Google has allowed rumours and theories to gather momentum for far too long due to its near radio-silence on the subject. We’ve never been allowed country-level statistics and usage, we don’t know the profile of what a Google+ user looks like, and we don’t know for definite that it has any effect on SEO; we keep hearing ‘correlation’ not ‘causation’.

Although the wider common ground between SEO and social media exists, this doesn’t mean that we approach things with the same objectives in mind, and Google+ is a really unique situation that forces the two specialisms to be as close as they can be.

What do we know about Google+ from an SEO perspective?

While we believe that Google+ is maybe used as a ranking factor, we can only prove certain correlations and definitely not causation. Therefore we can’t prove that it definitely has an effect and what this effect will be.

In its September 2014 study, SearchMetrics identified that the second highest correlating factor for higher search rankings was the amount of Google +1s a page received. Google +1s actually outscored and showed higher correlation for search rankings than other well-known metrics including Facebook shares, keyword frequency and even the amount of websites linked to a given web page.

Google+ content is much more optimised for semantic search than its social counterparts. It utilises various SEO best practices, including every post being able to have a unique semantic URL and title tag. These signals allow Google to understand the Google+ content in more detail which, in turn, sends signals to Google’s search algorithm.

What do we know about Google+ from an engagement perspective?

Google’s refusal to release country-level data for the number of active users on the platform, including any kind of demographic information, makes it hard to know if our target audience are even on the platform and how they are using it.

The definition for active users is unclear and many are counted as users just from having a Gmail account. Therefore, global numbers are grossly exaggerated and give a false illusion of scale.

From an engagement point of view G+ is deathly quiet. Red Bull, touted as being one of the best brands on Google+, received only +307 from its past post to a global audience. So, although we think that Google +1s could be the second highest correlating factor, it’s actually really hard to get these in the first place.

Google has stopped forcing the creation of a G+ account when you sign up to Gmail, and Vic Gundotra, the head of Google+ left in mid-2014 and so far has not been replaced.

A previous strength of Google+ was that it was the only social media platform that had all its content indexed by Google.  However, Google has now come to an agreement with Twitter that means it will index, a lot of, if not all, the tweets and content. This weakens the USP of Google+ in this area.

As mentioned, recently Google announced it is splitting the social network apart, breaking it into “Photos” and “Streams” but we can’t say with any kind of certainty whether this is the end of Google+ as it is still existing as a social layer.

The future of products and platforms is something we have to do our best to predict in social and SEO because we are very much at the mercy of the platform owners and any changes they choose to make.

From a social perspective we as an industry learnt the hard way by investing a lot of money in recruiting Facebook fans, only for the algorithmic change to mean organic reach is now less than 1%. If we get clear signs from Google that this product may be on the way out, or not on the roadmap, and we’ve invested time and effort in building a community for it to mean nothing, well that’s a difficult conversation to have with a client.

One opportunity is to implement a knowledge graph, which is a piece of real estate on the Google search pages that trigger brand-related searches. It pulls through the most recent G+ content and allows brands to take advantage of being reactive.

‘Author Rank’ or ‘Publisher Rank’ are terms largely manufactured by the SEO industry to describe content that may be impacted within the search ranking algorithm, by being written by a well-known author, or published by a well-known publisher.

Therefore, sharing content on Google+ that is written by an individual and not just ‘branded’ content may have some effect in search rankings.

There are still potential benefits (although they are ill-defined) from authorship to assist organic visibility. Ultimately, G+ is a Google product and we would be surprised if they didn’t utilise G+ data to influence the algorithm in one shape or form.

However, at present, if all your content is branded (e.g. no ‘authors’ of the content) there’s not much of a benefit, unless you utilise specific authors. Thus, building your online authorship presence.

Google+ pages or profiles are created by default with a YouTube profile and, as a result, often you are stuck with a presence. Therefore, from a hygiene and brand reputation point of view, if it already exists, it should at least look tidy.

It’s advisable to copy and paste your other social media updates into G+ straight after you’ve updated other platforms – this will only take an extra one minute of your time and ensures you maximize reach.

Whilst the future of Google+ is in its current state of flux, making large investments in time and money by creating bespoke content for the platform and building/ nurturing a G+ community, may be ill-advised. That said, the platform isn’t without value. For example, if you have managed to establish that your audience is active on G+, or you have success at being the first mover in the space, then it makes sense to consider developing an approach that’s custom to G+, or as an extension of existing activities. Alternatively, if there are some benefits and functionality that can only be created through G+ (like hangouts) to mature your community, then you might also consider investing in the platform.

With signals from Google that the product is being deprioritised, we should be careful about future investments in time and money.

This is a joint contribution between Abi Morrish, Digital Engagement Account Director, and Andreas Nicolaides, Operations Director of Organic Performance at MEC.