Busting the Jargon Around Ad Fraud in 2015

Fraud is the elephant in the room for digital advertising. Everyone is aware of the issue – with sensational headlines about bot epidemics and reports suggesting up to half of web traffic could be fraudulent – but few within the industry fully ... 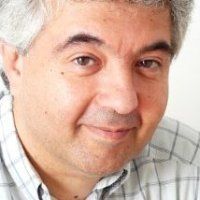 Fraud is the elephant in the room for digital advertising. Everyone is aware of the issue – with sensational headlines about bot epidemics and reports suggesting up to half of web traffic could be fraudulent – but few within the industry fully understand how ad fraud works or how to tackle it.

While progress around brand safety is being made with the implementation of black and white list policies, more concrete measures are required to gain a real handle on the fraud issue and promote wider-scale investment in digital advertising.

Three central issues need to be tackled. The first is fraud prevention – ensuring ads are being served to real people. The second is viewability – whether the user had the opportunity to see the ad. The third is verification – whether the ad ran where and when it was supposed to. Addressing these key areas requires a mix of processes, but more importantly requires an increased understanding of the terminology used within the ad fraud space. It’s critical to understand the many sources of fraud to be able to defend businesses against them.

With this in mind, we’re busting the jargon behind some of the biggest sources of ad fraud:

Ad stacking: Ad stacking is a form of ad manipulation and refers to the practice of putting multiple ads one on top of another in a single ad slot so that only the top ad is visible. Although only one ad can be seen the hidden stacked ads register an impression, for which the advertiser is charged. Other forms of ad manipulation include ads hidden in 1×1 pixel slots, frame stacking – where an ad has been iframed multiple times – and false viewability, which means ads are registered as viewable when they cannot in fact be seen.

Browser spoofing: This is the deliberate manipulation of browser and operating system information to make it appear as though traffic from a single device is coming from multiple users.

Botnet and proxy tunnelling: These use proxy servers to make it look as though impressions or views are coming from a different IP address. This makes one computer look like multiple computers, therefore distorting the performance of ad campaigns.

Click farms: These are large groups of individuals who are paid to falsely manipulate the performance of ad campaigns. These organised groups use a variety of mobile devices to click on ads and systematically change devices and SIM cards to avoid detection. Click farms are set up with malicious intent to generate fraudulent impressions.

Computer malware: A botnet is a network of computers whose security defences have been breached and infected by computer malware, also known as bot slaves. The malware in these computers is directed by a third-party bot master to visit certain sites, clicking on or viewing specific ads, to give the appearance of random impressions originating from the computers of real people.

Cookie stuffing: Cookie stuffing involves the dropping of third-party cookies on a computer without the user realising, which then steal credit for future conversions. This distorted picture of attribution takes revenue away from genuine partners and forces advertisers to pay for organically generated traffic.

Domain identity theft: This is a type of fraud where neither the advertiser nor publisher knows they have been defrauded. The fraudster hard codes the domain of a premium publisher into an ad unit so the buyer believes their ad ran on that domain for a discounted price, when in fact it ran on another, poorer-quality domain commanding a far lower price in the first place.

Incentivised ad networks: These networks reward users for completing specific tasks, such as clicking on an ad, reading an article, or downloading an app, all of which boost CTR (Click-Through Rate). Rewards could include coupons, reward points, or virtual currency. Users of these networks may or may not understand the impact of their actions.

Digital ad fraud is a complex and ever-changing beast. The industry is beginning to fight against those who deliberately manipulate performance and expose the fraudsters. Once we understand the problems, we can work on solving them through a combined effort of technology, transparency, and a real conviction to say, “I am an ethical trader – are you?”

Erol is a 25-year media industry veteran who most recently held executive roles at the global ad agency OMD in the UK. He has also held executive positions within a wide variety of business entities and cultures, from major multi-nationals like Google, Microsoft, EMC, Oracle, Exodus and IBM, to Internet start-ups. Erol received an MSc in IT and AI from Loughborough University.