Android Lollipop and What it Means for Mobile Marketers

There has never been a one-size-fits-all approach for marketers seeking to run successful mobile campaigns. The market is too fragmented and is divided by user preferences, demographic differences and physical factors such as screen size, network capacity and device processing ... 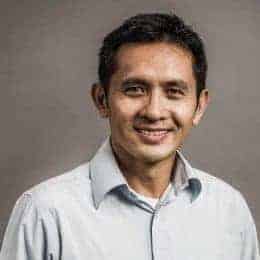 There has never been a one-size-fits-all approach for marketers seeking to run successful mobile campaigns. The market is too fragmented and is divided by user preferences, demographic differences and physical factors such as screen size, network capacity and device processing power – especially for video content.

Another source of variation that can affect the performance of campaigns are the differences between operating systems (OS) and, further to that, the nuances between different versions of the same OS. These variations can be subtle but can lead to the sub-optimal performance of marketing applications and content.

The launch of Android Lollipop 5.1, which has been made available by Google to Nexus devices prior to release for all major devices this summer, provides an opportunity to assess the impact of OS upgrades on the market. It’s important to recognise that version 5.0 of Lollipop is still being rolled out by device makers across the US and Europe.

Each time there is a new operating system (OS) release, Millennial Media analyses its platform – which sees billions of impressions every day from more than 60,000 apps and sites – to assess the impact on ads being served by brands across the globe.

Our findings include that Samsung devices dominate the Android market when it comes to serving ad impressions, accounting for 57% of all Android ad traffic in the past year, with closest rivals LG (9%) and Motorola (5%) trailing behind. That will come as little surprise to marketers, however we have also uncovered that 81% of Android ad traffic comes from smartphones with the remaining 19% coming from non-phone devices including tablets. That 19% has a clearly different user profile than Android phone users.

Yet within Android phone users there are vast disparities. We found that when you compare Android to iOS, the Android market comes out as heavily fragmented with the device maker ecosystem releases updates at different times. In contrast, the more tightly controlled iOS market typically sees new OS releases achieving triple digit growth at launch. We’ve tracked 185% daily growth for uptake of iOS7 for example.

That slower uptake curve has the inevitable outcome that proportionately more Android users are using a previous generation operating system than iOS users. That fragmentation creates a substantially more complex arena for marketers to engage with consumers in. Advertisers therefore are looking a partner who understands the composition of the mobile market and the nuances of different OS versions so they can engage users in their campaigns, regardless of the OS utilised by the audience.

Operating systems are of course not the only variable marketers need to take into account. A whole range of other factors must also be integrated into campaigns. For example, we’re also seeing an uptake in the number of ads being served to larger screen smartphones, presenting brands and agencies with a larger platform to attract and engage consumers with rich, interactive creative.

Linked to this trend for larger screens, as revealed in our recent State of the Apps report, is the development that 29% of apps now allow video ads, up six percentage points from the previous year. As consumers become more accustomed to being served video and rich media ads, which see nearly twice the engagement rate of standard banners, the demand for richer content on mobile is driving new interactions and new ways for advertisers to engage with consumers using rich media.

Regardless of OS or device type, other key areas to consider when creating a campaign are how tactile gestures like pinch, swipe and zoom could be utilised, how to best capitalise on relevant data points such as location and preference in creative. These variables and user tastes added to the technical capabilities of new devices and OS as well as rich media solutions such as gamification and video can create compelling mobile content as part of a campaign. However, at the heart of this is the need to achieve an increasingly sophisticated layering of data that enables advertisers to build a deeper, enriched, picture of audiences that can be targeted at scale. A partner that truly understands the nuances and variations is an indispensable guide.