How Can MWC Move the Mobile Ad Industry Forward?

The headlines coming out of Mobile World Congress last week were naturally dominated by Samsung’s three-sided phone, HTC’s virtual reality headset, and of course, the plethora of wearable technologies showcased by a vast number of brands – all found ... 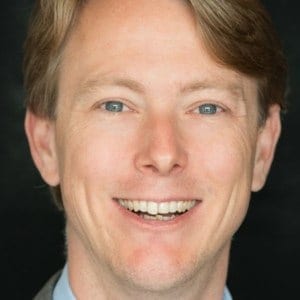 The headlines coming out of Mobile World Congress last week were naturally dominated by Samsung’s three-sided phone, HTC’s virtual reality headset, and of course, the plethora of wearable technologies showcased by a vast number of brands – all found in halls 1 to 7 of the buzzing Fira.

But what about Hall 8, the home of the players that make up the mobile marketing ecosystem, including automated advertising platforms? Hall 8 might be a little far for the weary feet of many exhausted Congress delegates, but it’s where we are seeing the biggest opportunities for growth.

Certainly at this point the majority of marketing investment is still being allocated to traditional channels, such as television and press. Whilst desktop also now has a sizeable chunk of the media pie, mobile advertising investment is still pretty anaemic when compared with other channels – astonishing given that there are multiple reports chronicling how people check their smartphones up to 200 times a day.

Since last year alone though Hall 8 has more than doubled in size, indicating that the mobile marketing industry has finally reached the tipping point where the significant gap between mobile ad revenue generated and the exponentially increasing time consumers worldwide are spending on their phones is at the beginning of being bridged. This is thanks to a variety of factors, such as in increase in high quality mobile inventory, more effective measurement metrics and the growth of in-app platforms such as our inMobi exchange.

Beyond 2015, our hope is that the numbers representing mobile marketing revenue will at last start to become as impressive as the technology on which the creative is being displayed– and that Hall 8 will become as much a symbol of innovation and disruption as its 1 to 7 counterparts.

No doubt much of this momentum will continue to spiral organically off the back of promising industry forecasts, but for Hall 8 to truly make its mark, the GSMA needs to really rally behind it and show the advertising industry why it needs to be at Mobile World Congress as much as it needs to be at Cannes or AdWeek. The marketing press are starting to cotton onto it – it’s now down to the media and creative agencies to realise that they too need to be at the centre of the activity in Barcelona to remain at the top of their game.

But Hall 8, and its neighbours in 1 to 7, can’t of course live as siloed entities – the new gadgetry and hardware filling our neighbouring halls are fuelling the potential of the mobile marketing industry in fascinating ways.

The speed and capacity of mobile bandwidth is evolving, creating a perfect storm for a buoyant mobile advertising market in 2015 and beyond, with Ericsson and Huawei just some of the players showing off their 5G technologies. The possibilities this opens up for mobile video are immense. Being able to access content at 5G speed and quality will enable mobile users to consume content much more immersively – drawing marketers in an increasingly compelling way as it finally provides them with a better canvas with which to tell their stories, in an intimate dialogue with the user.

This impressive growth in bandwidth does not just provide an opportunity for developed markets but is creating a truly global footprint beyond anything traditional media has ever been able to reach. MWC 2015 featured telecoms providers from as far flung as Malawi, Laos and Myanmar – an indicator of a truly global mobile explosion. Mobile users in these countries might be relying on feature phones, but once they move onto smartphones in the not too distant future, it changes everything – mobile marketing will be able to access billions of people at once.

Are wearables a red herring?

As excited as I am about the future of mobile thanks to the tech innovations we experienced in Barcelona, I’m not so sure about the role of wearables. They are impressive developments, no doubt, and the likes of the Apple Smartwatch have certainly captured the consumer psyche.

But wearable technology is not going to herald a shift in the way brands tell their stories to consumers. Domino’s pizza might have launched a smartwatch ordering app for its pizza delivery service, but I don’t expect a slew of brands to follow suit. A screen this small just does not provide a creative vehicle for advertisers. That’s not to say smartwatches won’t have their place in the mobile marketing landscape – their biggest potential will be more as a geo-location tool to open up more personalised targeting opportunities in real time. This will be a seriously interesting prospect for automated platforms.

Putting Hall 8 on the map

Whether you’re in Hall 1 or 8, we are all playing an important role in driving mobile marketing towards being more than just an add-on, but something that fulfils its own purpose at being a credible media force. But more than anticipating what high spec, all singing, all dancing devices will be released next year, my bet is that Hall 8 will be even more on the map next year, and all industry players and leaders need to do their part to make it so.

Charged with spearheading the company’s international expansion efforts, Jay brings more than fifteen years of interactive marketing and international business experience to his role. He has been responsible for building the company’s presence from the ground up across the UK, France, Italy, Germany and Australia. Before joining Rubicon Project in May of 2009, Jay served as SVP at MySpace/Fox Interactive Media. He was the social network’s first hire outside of the US, where he launched and oversaw operations and expansion across 12 European territories.