How Creativity is Driving the Evolution of Digital Advertising

Automation and programmatic are hardly words to inspire the imagination. Digital advertising has always prioritised the medium over the message, traditionally focussing on reach and scale. But times are changing. In 2014, the evolution of digital advertising continued with the ... 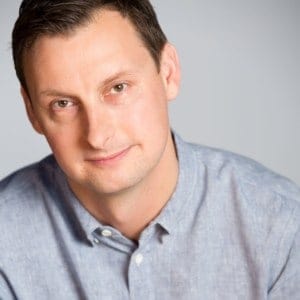 Automation and programmatic are hardly words to inspire the imagination. Digital advertising has always prioritised the medium over the message, traditionally focussing on reach and scale. But times are changing.

In 2014, the evolution of digital advertising continued with the emergence of compelling new ad formats as marketers challenged the perception that programmatic advertising is – by its very nature – uncreative. Just as sound and colour revolutionised the world of television, these new ad formats are changing the face of digital advertising. So what initiatives did 2014 bring and what advances can marketers expect to see in 2015?

The coming of age for smart video ads

Leading the charge in digital advertising are HTML5-powered smart video ad technologies. These blend a variety of in-banner video formats with responsive ad design to ensure that video creative fits any screen, on any device, in either orientation. Video ads consistently deliver results across all platforms and devices, providing the seamless and engaging experience that consumers demand. In addition, built-in social sharing capabilities for platforms such as Facebook, Twitter, and WhatsApp enable instant social sharing straight from a video ad. And the result? Smart video ads enjoy far higher engagement rates than other ad formats – 64% above the average and nearly double the engagement of standard ad formats. In fact, Time Inc.’s cross-screen ‘Gotham’ campaign – promoting the series featured last year on FOX – saw an eight-fold lift in engagement compared to a traditional desktop-only campaign and reached 5.6 million video plays in just three days.

Interstitials divide opinion. Marketers love the full-screen effect as it delivers generous ad proportions and real estate, but consumers are less keen as it can be considered intrusive.

But new interstitial formats have emerged that use consumer interaction to create an experience that blends seamlessly with the mobile webpage, boosting engagement and interactivity without perceived intrusion to the consumer. These ads open on scrolling – which enables their natural introduction – and dismissal – through a simple, user-friendly scroll gesture. The elegant transition of this ad format – along with a gradual switch between the content and the ad experience – creates a buffer zone that reduces the user’s perception of intrusion. The introduction of a digital full-page break in the user’s journey also adds to the appearance of a placement that is native to the website content.

Dynamic creative optimisation is to the art department what programmatic is to the media team. It allows interchangeable combinations of different creative elements to be served and tested to reveal the highest performing permutations. The practice itself is nothing new, but its automation opens up unprecedented creative possibilities.

Built around a complex algorithm, dynamic creative optimisation delivers a wide range of variables and contexts – including time of day, day of week, delivery platform, demographic data, location, and weather – to determine the creative combination that works best in any given situation. Forget A/B testing – this approach trials every letter of the alphabet and a few numbers besides. Traditionally associated with direct response, dynamic creative can be measured effectively against high-funnel activities such as video plays.

These new initiatives empower digital marketers to enjoy increased creative freedom at scale – driving interest and investment in the sector. The next 12 months will see a braver and bolder era of creativity in display brand advertising as a result.

Jonathan Milne is General Manager for EMEA at Celtra, Milne has more than 15 years’ experience in the digital marketing industry. Prior to joining Celtra, he held senior positions at a number of internet and digital media technology companies – all of which he successfully led into the European market. Milne combines deep technical expertise and significant commercial experience.