Misconceptions Around Social Media and Challenges of Measuring Performance 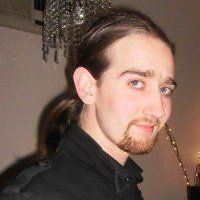 Social media plays an integral part in the lives of many people all around the world. We post content we like and are interested in – even things we don’t when it makes a big enough impact. We share news with our friends and followers and many people have managed to find their voice online where they might not have before. People really do have power now as opposed to the influencers brands would use in the past.

As a resource, people are invaluable because without them social media would be nothing. Where would Twitter be without people Tweeting? What about Facebook and LinkedIn? The same goes for countless other platforms now. This has seen a huge increase in citizen journalism and it’s not a force to be taken lightly.

There seems to be a feeling that mistakes should be avoided at all costs but there is some value in them. Working with social media isn’t a science, it’s a platform that evolves day by day – even hour by hour – and we need to keep that in mind. In some cases, it’s a way for us to learn more about the audience and what they expect from us and the brand we represent.

Here it’s more important to use this as a baseline for everything that comes after to see steady improvements. While making mistakes isn’t great, they aren’t the root of the problem – they’re the result.

A lot of our efforts in social media are driven by the wrong motives. If a brand says they want to increase engagement, improve their reputation and audience or even see a noticeable difference on their ROI, there’s a big question to ask: where?

Getting Likes on Facebook or Retweets on Twitter doesn’t necessarily translate into more website traffic or an increase on ROI. Call to actions that point back to the website might not get those surface interactions but if traffic to the website increases then surely that’s a successful tactic. Terms like engagement, interaction and awareness are great but we have to look at them in stages and at different areas to make them truly useful.

The challenges of measuring performance

There are a number of tools that can be used and depending on what your goals are and what you’re actually doing, some will be better than others.

Your best tools can be found on each platform – Facebook, Twitter, G+, LinkedIn, Pinterest and YouTube all have their own analytics or insights which can be used in different ways, telling you about audience and follower growth, demographics, interactions, reach and much more (although some platforms don’t include all the data). This should be your first stop for information.

Hootsuite is an example of one tool that can pull data although you might notice some discrepancies as it takes longer to update and match but the variety of reports and pulling them into one window is very helpful. There are others, such as SproutSocial and TweetDeck to name a few, that focus on certain elements or activities or profiles so it’s finding what’s best for you and making use of their reporting in the best way.

Google Analytics is great for measuring traffic from social sources to a website as well as conversions. If it isn’t set up on the main website, get it sorted as soon as possible. This information will let you look at the bigger picture beyond the surface of social activities.

It’s important to note that some tools won’t give you the same data. Every time an external source is involved, there are tweaks in gathering the data so you must take that into account. Since fluctuations are common, almost on a daily basis, then this can be useful to get an overall or average view of what’s going.

If there’s one thing to take away from this, just one, it’s that we must work on our communication skills. It could be within our team, with other departments or even with clients but it needs to improve.

Let’s be clearer on what we say and the words we use. Any Twitter user will know how precious and valuable each character is to make an effective update so if the goals and expectations aren’t clear, we need to address them.

If there’s any ambiguity, clarify it – we’re not being condescending, we’re being clear and everyone will thank us for it. Trust me.

Dave McCreery is a Content and Social Executive at Evolutia Design where he manages social profiles across a number of platforms for a range of clients. This includes planning, organising and implementing campaigns and strategies as well as reporting on their effectiveness and looking for ways to improve those results.