App install ads are one of the most effective types of Facebook marketing – a good example of how the social media giant is getting mobile advertising right when compared to Twitter or Google. This ad type was released in 2012 ... 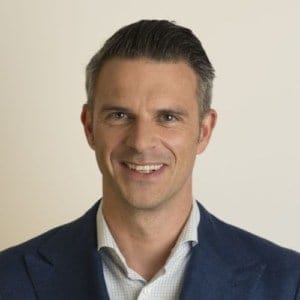 App install ads are one of the most effective types of Facebook marketing – a good example of how the social media giant is getting mobile advertising right when compared to Twitter or Google. This ad type was released in 2012, almost two years before Google implemented it into search advertising, and one year before Twitter. The success of Facebook’s mobile monetising efforts was largely thanks to this ad type’s popularity, and its introduction immediately took the pressure off the social media giant following its IPO.

This is all very well for Facebook’s back pocket, but has using app install ads actually been effective for marketers? Data shows that Facebook as a channel has a 12 per cent higher user retention rate compared to people downloading apps organically, showing that marketers can effectively reach high worth users through the platform (PartyTrack). Data from our own clients also shows that return on investment (ROI) in spend is (roughly speaking) 230 per cent through app install ads. So it’s clear that spending money on Facebook mobile drives engaged users and returns.

Recently though it has been difficult to get this ad type right as Facebook inventory is dwindling due to increased competition for space. For example, year on year there’s been a 186 per cent increase in cost per mille impressions (CPM), while cost per click (CPC) is up 35 per cent when we compare 2013 and 2014 (VentureBeat). Furthermore, Facebook is now cutting the organic reach of pages to next to nothing if they choose to share promotional content with their fan-base.

With decreasing ad space, you need to follow best practices to get the most out of this highly effective ad type. Here are a few tips to help maximise your Facebook mobile spending:

1. Keep a broad audience for your ads

You want to have as large a target audience for your ads as possible, but split this into sub-groups by age, gender and interest. Including a broader audience means you won’t constrict where Facebookcan serve ads, ensuring you keep costs low, but this comes with the risk of driving low-worth users that you actually don’t want. The smaller and harder to reach your audience, the more costly they become to convert. You need to look for the “Goldilocks Zone” in audience size, which is large enough to keep costs low but focused enough to target the more valuable customers.

Use your customer data to generate a “lookalike” audience through Facebook’s audience tool. You can do this by adding Facebook marketing tags onto your website, which profile your web visitors, and then feed in any additional customer data such as email addresses and phone numbers. Facebook collects rich data on its users including what they like, what they talk about and their demographics, meaning an accurate, in-depth profile of your current customers’ social media motivations and demographics can be fed into creating this “lookalike” and finding an almost perfect audience replica.

CPC, CPM and cost per install (CPI) each have different inventory streams on Facebook and using a combination of all three will allow you to develop greater reach. If you haven’t been running much activity on Facebook then it’s likely you’ll be limited at first to purely CPC bidding. This can be excellent for initially driving high volume, but as you keep on running your campaign and Facebook collects more data on your app you will slowly be allowed to bid CPM and finally CPI. However, it’s important to not get distracted by the CPI bidding type, which traditionally allows the greatest control over price paid for install, as this will ultimately result in diminished volume.

Continually test new creative and refresh at least once a month, or when the click-through rate (CTR) on ads drops 20 per cent below the campaign average. The best way to approach this is to test different creative executions to changing variables and apply what you’ve learnt to the next creative batch. Is featuring a mobile phone in the imagery increasing install rate? Are certain copy lines garnering more engagement? Iterate from this data so each creative has the backing from previous campaign information. Facebook also offers different calls to action (CTAs), which you should play around with, for instance: download now, shop now, book now, use app, learn more, etc.

Systems such as Glow, Optimal and Nanigans can automate ad serving, bid up on high performers and pause ads which aren’t working. Others such as Localytics, Mixpanel and AD-X provide mobile analytics software that allows you to track downloads from each individual ad during their journey through the app. This means you will be able to attribute ROI to individual ads, giving a clearer picture of how each audience and demographic converts or uses the app.

Facebook has recently released “off network” ads, which display in other mobile apps like regular banners. Test this as a placement option when the CPI is high. But take the results with a pinch of salt, as the tracking still isn’t perfect just yet. Also coming soon is Cinemagraph – an option which allows marketers to promote ever-looping static GIFs with part of the image subtly animated. Details and an exact release date are sketchy, but the almost hypnotic effect of this creative is bound to produce good results.

Christian Howes is Head of Data at Albion, the creative business partner for entrepreneurs.