A Solution to the Inherent Problems of ‘Do Not Track’

In my experience as a product manager there are almost no win:win situations in real life. Solving a problem for someone means adding to the workload of another, and prioritising one feature means delaying another. Everything is a game ... 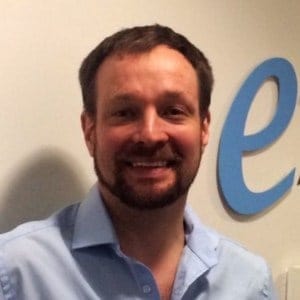 In my experience as a product manager there are almost no win:win situations in real life. Solving a problem for someone means adding to the workload of another, and prioritising one feature means delaying another. Everything is a game of trade-off where the business case is king.

However, there is a situation currently impacting our industry within which a number of very significant issues could all be resolved neatly, in a way which appears to be in everyone’s interests and requires minimal effort.

I can only think that the reason this has not already taken place is the amount of time spent by people with differing interests, teasing and tugging at the strands of this issue until it resembles the Gordian knot. I humbly submit the following as my simple solution to cut through the muddle.

As an industry we have the following problems:

What it has achieved, however, is a setting in all major browsers which does not depend on cookies for persistence. (Users can tick this box – it doesn’t really change anything, as no-one has been able to agree what should happen.)

Do you see what I see?

Adtech vendors ALREADY know what we mean by ‘targeting’, which may only be a subset of ‘tracking’, but has the advantage of being nicely defined and  an already be opted out of via an existing, if slightly clunky, mechanism. It also seems to be the aspect of tracking that most people are excited about.

So, as an industry, we just need to recognise the ‘Do Not Track’ (DNT) signal from the browser as the equivalent of an opt-out cookie being set, and act accordingly. DNT will then have meaning, and fulfil the task a user would expect: not building up profiles for future targeting, and not seeing targeted advertising.

This would also be a mechanism which works beyond cookies, and would therefore function on all tablets and smartphones. DNT would become “Do Not Target” rather than “Do Not Track”.

Ok, so there are a few concessions to be made, but they seem microscopic compared with the benefits:

In Europe however, the concession from Adtech may end up being greater – the ePrivacy directive absolutely talks about browser-based controls being suitable for the purpose of providing consent to receiving targeted advertising…but consent is generally regarded as opt-in, so DNT could legitimately be enabled by default.

This does start getting into the nitty-gritty of how best to achieve the goals of the EU legislation (which, let’s remember, is in the process of changing), but honouring DNT when it has been set by a user seems a fair starting position. This means Microsoft IE’s DNT setting would be ignored (as is enabled by default).

What are the benefits?

My proposal to the IAB, NAI and DAA inter alia is that they should add to their existing self-regulatory regimes this simple requirement:

Admittedly, this would need to come with two provisos:

I appreciate there is a huge sunk cost associated with the current state of play of Do Not Track. A discipline of product management is to treat sunk cost correctly, i.e. it is not germane to the current decision.

Combining AdChoices with Do Not Target represents valuable progress for privacy advocates, consumers and the Adtech industry – it could be argued this is a win:win:win situation, which I shouldn’t need to tell you, is an even rarer animal.

Tim Sleath is business manager for global data & targeting at Exponential, holding company for Tribal Fusion. Based in London, Tim looks after Tribal Fusion’s audience-based targeting products and privacy stance worldwide.  Before Tribal Fusion Tim spent three years at Specific Media, working on product management and internal process improvement. Prior to that, he worked in the Telecoms sector for a number of years, with stints at Regus, Airwide Solutions and Schlumberger.