INside the Boardroom US: Greg Cox, CEO, Pingtree Ltd

While technology is making us “global” it doesn’t necessarily mean that as a technology firm you can expect your domestic model to work in new territories. As a gateway and lead-generator operating in financial services, our core principle is ... 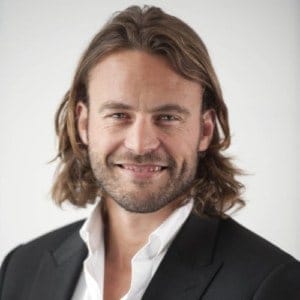 While technology is making us “global” it doesn’t necessarily mean that as a technology firm you can expect your domestic model to work in new territories.

As a gateway and lead-generator operating in financial services, our core principle is based on developing technology that brings providers and consumers closer together.  Having spent four years developing a dominant position in the UK market, we made the decision in 2012 to expand our reach and launch our Pingtree technology platform in the US.

With a developed economy and an online lending market similar to the UK, no language barriers and acceptable regulation in the financial markets, it seemed a logical step to take the technology and replicate the UK business over in the US.

However, while the technology is largely the same, all our knowledge, customer insight and best practice, in fact everything that made our model successful, had shifted. Consumers and the market worked differently and understanding these behaviours proved crucial in establishing a successful global strategy.

Tackling foreign territories is a different ballgame and despite having an agile leading-edge technology platform, it was only as good as our strategy and understanding of the consumer and our affiliates.

There were several key differences that rewrote our US strategy.

Understand and accept your place in the market and adjust accordingly

Irrespective of your position in your home market, you will need to start from scratch in order to build your reputation and establish a network elsewhere.

Despite having a dominant position in the UK when it came  to accessing large and respected financial service providers and delivering high quality leads into their systems, in order to access some of the lenders in the US we really needed to build our network. We found we had to work through some of our immediate competitors in the short term rather than direct to lender. This, as a strategy, is at odds with our core principles of only dealing directly with lenders, but was necessary in order to establish ourselves and develop a reputation as a trustworthy lead-generator – something which is very important in the US.

Respect must be earned, not given

It’s often said that the US is four years ahead in terms of lead qualifications and the technology it uses to identify “good” customers. This is largely due to the industry reacting to a high level of fraudulent applications, something you would expect in a market which has been one of the most profitable in the world, but this brings with it its own problems. This means lenders are keen to stick with, and use, proven affiliate partners and lead-generators that have developed extra layers of analysis and security to spot fraudulent or toxic leads.

In many cases US lenders are closed to working with new partners without an established reputation and, due to the fear of fraud, they often have exclusive contracts with introducers or affiliate networks. This makes getting ‘through the door’ of these lenders and agreeing commercials very difficult.

We had to regroup and start to build our reputation from scratch, behaving like a start-up once again to prove our effectiveness.

The insight you glean from operating in a foreign market can only serve to make you stronger and more competitive domestically.

As a strategic standpoint you have to be seen as being proactive in addressing fraud.  The US has a number of proactive platforms in place to identify a “good” lead which hasn’t been used in the UK to date because of the regulated market here. Having adopted these additional checks into our platform, we are now bringing this level of checking back to the UK providing our partners with that extra level of security.

Sites that convert well in the UK don’t necessarily work in the US. Our slickest, best performing sites in the UK didn’t convert as well in the states. The audience were turned off by sites that featured graphics and the illustrations didn’t resonate well with American consumers. Replacing them with stock imagery of smiling faces and people doubled our rates.

The US online market is dominated by local search so using tried and tested UK SEO methods that maximise awareness on a national level don’t work as successfully.

Google as an acquisition channel doesn’t behave the same in the US. Keywords don’t rank highly in Google US and search results vary between the different states, with local searches and listings still prevalent and often taking up the prime 1-7 rankings.  Bing does operate in a more familiar ‘national’ manner to the UK, but doesn’t provide the same volume of results we are used to generating.

Because of this we had to try new kinds of marketing techniques such as email marketing. This were actually more successful but it meant introducing a different charging/payment system and also managing expectations on KPI payment models such as click-to-visit rather than visit-to-submit indicators.

The US and UK markets vary enormously. Despite being one of the UK’s fastest growing financial service technology groups, we had to start from scratch to identify which affiliates and introducers were, not only right for us, but would generate the right traffic for our lenders to maintain consistent conversion rates, brand and customer experience.

Having operated in America for two years we have now captured an estimated 10 per cent share of the market, but it is only through having a flexible and adaptable approach to developing our strategy.

Oh, and the English accent helps at times too!

Greg Cox is the group chief executive and co-founder of Quintessential Finance Group.  He is an entrepreneur with over 12 years’ experience running companies, from start-up to £80m turnover. He has operated in various industries, including automotive, private equity and property, but his attention for the previous 8 years has been focused on Fintech businesses in the consumer finance and payments space. Since establishing Quintessential in 2008, he has overseen its growth to become one of the UK’s largest Fintech groups in consumer finance with operations expanding into four countries, including the US and Australia.