How Travel Brands can Capitalise on Social Media

Travel brands in particular are well placed to capitalise on social media. According to an article on Sunshine.co.uk, over 60% of Brits are updating their Facebook status more than 10 times during a week’s holiday. Recent Twitter ... 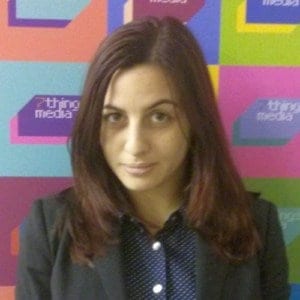 Travel brands in particular are well placed to capitalise on social media. According to an article on Sunshine.co.uk, over 60% of Brits are updating their Facebook status more than 10 times during a week’s holiday. Recent Twitter research also indicates that 50% of twitter users say that the content is influenced by it in their travel decisions. The natural tendency to post on social about holidays and use friends’ experiences as inspiration means it has fast become a key marketing tool for businesses in the travel industry where it must be recognised as both an acquisition and retention tool.  Inspiring creative will encourage bookings and one on one interaction will increase customer satisfaction.   More than this, with consumers sharing more of their personal information on social media platforms than they would knowingly give to a business, it can provide a unique opportunity for travel brands to levy ‘big data’ to gain extensive insights into their target market to aid wider marketing campaigns.

Throughout 2014, travel brands generally started listening to their customers more and began to focus on harnessing the user-generated content already being posted. For example Cape Town Tourism asked customers to send their Facebook profile picture to win a virtual tour to unexplored areas in Cape Town. Entrants could create a virtual five day holiday and post the video with the results. Tourism in the area rose by 4% as a direct result of the campaign.

For travel brands, Instagram identified itself as the golden egg for marketers, as the fastest growing social media channel in 2014, reaching 150 million users, according to a study by TechCrunch. The mobile-focused platform cites travel and tourism as its most popular Instagram activity with 45% of people posting images about their travel stories, with 33% posting before their holiday, 39% during and 33% post-holiday. With a dedicated “selfie space”, live Instagram feed with the #1888Hotel hashtag running on two screens in the lobby and framed Instagram pictures throughout, the 1888 Hotel in Australia is a great example of harnessing the interest already on this channel.

So with the social media platform constantly evolving, what does this mean for travel marketers in 2015?

The biggest shift in social for 2015 is the need for brands to recognise that it is not a free channel.  In 2014, Facebook updated its algorithms so that organic posts from brands will no longer feature on newsfeeds. The merit of paid social is it’s hyper-precision targeting, but with more brands forced into the competition, this needs to be more accurate than ever. Gathering general information on your past customers, social media fans and creating template profiles on your target audience should be a top priority. This way you’ll know exactly who your audience is and how best to communicate with them through social.

This strategy has to be expertly managed, as this year, the potential of paid social will extend outside of the channel itself. In the latter half of 2014, Facebook relaunched the ad server Atlas software, purchased from Microsoft.  This allows the measurement of cross-device and cross-platforms ads, meaning a user’s interactions with an advert can now be consistently tracked across every device and any site.  Furthermore, it will allow the social media giant to enable ad targeting outside of its own platform, in a similar way to the Google Display Network.  Arguably, this is a huge indication that Facebook is making strides to breakout of its silos with ambition to scale to a similar status as Google. Similarly, in the last couple of weeks, Twitter has announced plans to sell ad space externally, against streams of tweets that are used increasingly by publishers as a news reporting tool.  This will mean paid social will become a preferable way to run display advertising, yet another indicator that social media will be further propelled into mainstream marketing as the distinctions between the channels diverge.

Facebook also launched autoplay videos in March 2014 and Twitter has just announced it will be releasing its own burgeoning video ad product, meaning social is becoming the perfect distribution for videos. With drone technology pushing the boundaries of video, travel brands must be poised to take advantage of this with bird’s eye view of destinations or unique inspirational travel videos. This stunning aerial video of New York is a great example of how effective video can be within the travel industry. Although there aren’t many current examples of brands doing this with great commercial effect, it is something to watch out for in the future.

From the trends at CES 2015, 2015 is touted as the year the ‘internet of things’ will become mainstream. Google proto-typed their driverless car and models such as the new BMWi8 connecting to everything from Facebook to Spotify, drivers will have more time to access social media whilst on the move. For travel brands, this is an invaluable resource.  Tourist hotspots can use social to target ads to travellers as they’re bored and stuck in traffic, coincidentally right outside airports can use it to track traffic jams and pre-empt people missing check-in times to provide first class customer service.

To truly succeed as social media, brands need to flood the channel.  For restricted budgets, it’s best to identify the top performing platforms (Facebook, Twitter and Instagram) and preserve budget for these, during the peaks in January and the summer.  Spread yourself too thinly and you will waste budget and see little in return.

For travel marketer’s social media is becoming an increasingly significant platform, before, during and after the sale.  It is crucial however that the resource, both time and financial, is not underestimated.  Once something has been posted on social media it is in the public domain eternally and all control over its placement and interpretation is lost. At worst, this could do significant damage to a brands reputation.  Executed effectively, however, and it could soon become the dominant and most cost effective channel for your brand.

Daniela graduated from Queen Mary University of London in 2014 with a degree in Film Theory and French. During her studies, she worked in digital marketing, developing her social media strategy knowledge.  She has recently joined 7thingsmedia as Social Media Account Executive having previously worked at The National Wedding Show, Digitator and Humble Grape.